- August 18, 2013
I'd never been to the Lollibop festival before so I wasn't really sure what to expect, but I did know that we were going to have fun as a family, especially when we had a last minute addition of Daddy to our party! Daddy was originally supposed to be at work, but surprised us with a day off which was especially good as it meant that I could let him drive and I could concentrate on... well whatever it is I concentrate on when I'm not driving. 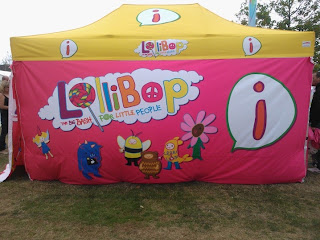 When we got to the Queen Elizabeth Park, which is where Lollibop has moved to this year, we were all very excited. We'd been walking with a lot of people towards the festival and the party atmosphere was growing as we got closer, we were even more excited when we peeled off from all the other attendees and went down the VIP lane... I always knew I was a VIP.

Daddy was mainly excited because he was going to be able to shout BOGEY at Dick and Dom again and sing along the songs with the tunes he knew from the Go! Go! Go! Show. 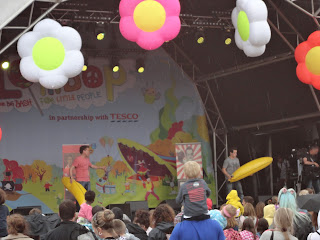 Big Boy was mainly excited because he wanted to have a try on the new Skylanders Swap Force game, which he did (It's out this October Mummy, can we buy them all Mummy?) and to meet Eruptor. 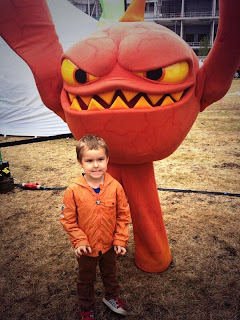 Top Ender was mainly excited because Hello Kitty would be putting on a show and wandering around the site, although we didn't see her or get a chance to see the show and so Tops put up being excited about the promise of an ice-cream 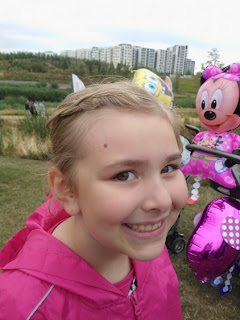 And I was excited because I hadn't paid for the tickets, but Little Tikes had and they were also showing off a rather large Adult Cozy Coupe which I couldn't get near because of all the little children having a go in it. 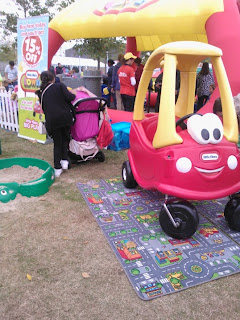 We actually had a great day. It was busy and we didn't actually "do" anything other than wander round, talk to some people, try free yoghurt, dance a bit and watch the main stage for about three hours. It was a family friendly setting as was safe and contained and although there were some rather horrid looking queues (as in length) as far as we could see everything was fast moving.

Would we go again? Hmmmmmmmmm, yeah possibly although I'm glad we're at an age where our Children aren't that fussed about queuing.

Our tickets and travel for the day were covered by Little Tikes, well if I remember to send my receipts the travel will be.
Family Life Paid Day Out