- August 26, 2013
Long before Katniss Everdeen ever picked up a bow, I practised Archery. I mentioned it to Top Ender as we watched The Hunger Games together as a "if this ever happened I'd be Katniss and survive" kind of thing. You know the normal parenting reassurance that we all give whilst watching PG13 films with our daughters... 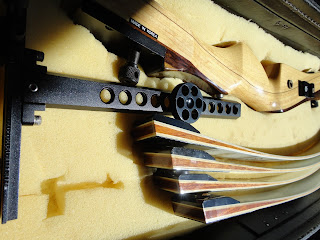 It was sort of never mentioned again, until last weekend when I was in the Kitchen and Big Boy ran in demanding I tell Top Ender off for lying. What had Top Ender lied about? She had simple mentioned that I knew how to do Archery and had a bow in the garage like the one they had just crafted in Minecraft. I told Big Boy that Top Ender wasn't lying, that I did have a bow in the garage and that if he'd give me a few minutes I'd show him. Big Boy looked at me with astonishment, it was as if he was just realising that I had a life before him.

A few minutes later, when I'd worked out how to put the bow back together again, I let the children fire an arrow down the garden and started wondering what might have been had I kept up my Archery practice. I decided that I'd probably still be exactly the same, although I might have a slightly better aim! 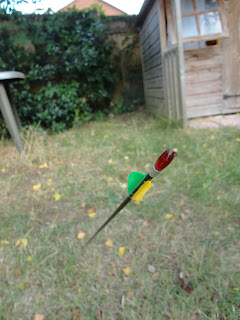 So, I was Katniss before Katniss was Katniss and what about you? Did you do something before it was popular and cool?
Family Life Summer