- August 31, 2013
When Daddy and I were first married we didn't have a lot of spare cash and we use to have little "competitions" with each other to see who could buy the best gift for the least amount of money. If we'd had a 99p Store near us it would have made things a lot easier, especially if we had a theme like we did when the 99p Stores challenged us to have a 99p Summer... We happened to be in London near a 99p store at the start of the Summer Holidays so we popped in and looked round the store, to see what we'd buy.

The children decided to buy a water bottle and a sandwich box each. They figured that with all the picnics they had planned for the holidays that they'd come in useful and they were right! 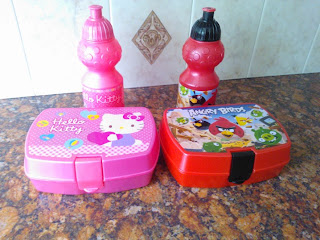 The sandwich boxes are brilliant and will be making a lot of appearances in lunch boxes over the upcoming school term. Top Ender's water bottle is going to stay in use as her water bottle for at home and during the night, but Big Boy has a rather bad habit of chewing the spout and his has met an early demise. 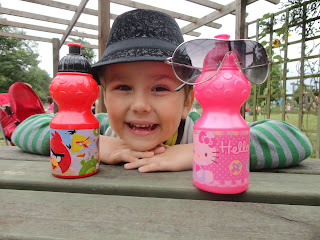 Daddy wandered round the whole store and decided that the thing he'd like most would be some BBQ Sauce. Apparently he was planning on not only eating a lot of Hot Dogs over the Summer, but he had high hopes for the weather and was planning on getting the Barbecue out at least once a week. I have to say that the sauce was actually really lovely and the Hot Dogs we did have during the Summer were well covered! 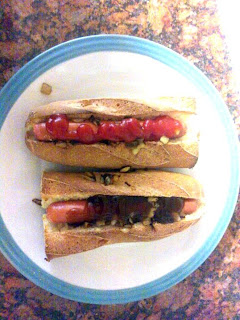 Big Boy had been walking round the store in a little bit of a grump because I had said we shouldn't buy any water balloons or water fight tools because he always got upset when he lost or was wettest out of us all, so I surprised him by allowing him to have two lots. We've had so many water fights over the Summer that I've lost count, the only problem of course is we don't tend to have pictures of them because cameras and water don't mix as Top Ender tested out for me a couple of summers ago.

Top Ender picked up some Hello Kitty Chocolate Milkshake, which she wanted because it was Hello Kitty and Chocolate Milkshake.  I put this in the cupboard and forgot about it, which was a bad thing because as soon we did remember and have some we realised that it was a really lovely taste and we've been making Chocolate Milk Ice Cubes from it to have melting into our Vanilla Milk.

The last thing we brought was a couple of white boards. The idea had been that the children could play on them in the car, that they could draw pictures or write messages to each other or people in other cars... but instead they got commandeered by me and I've been using them to play Guess The Song and Hangman and What's the Film and other guessing games on Twitter, Facebook and with guests in our home. 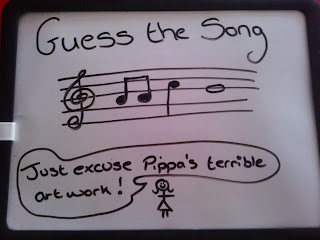 I've even been leaving messages for Burglars just in case they break in whilst we're out. 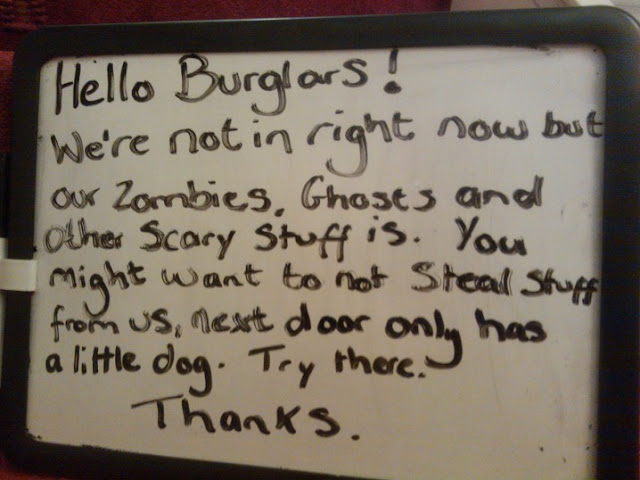 So far they haven't and as far as I know the neighbours are okay too.

I have to say that our 99p Summer has been fantastic and I'm rather sad to be saying goodbye to August. Can we pretend that it's still Summer for a bit longer?!

We were given £10 to spend in the 99p Stores and this is also an entry to win an ipad. I don't mind if I don't win as long as you all come and play Guess the song with me next time I play!
Family Life Review Summer