- December 09, 2014
Tonight saw Top Ender, Big Boy and I racing to the train station to pick up Daddy, who'd come back from Birmingham for a few hours in order to join us in one of our much loved Christmas Traditions, going to see the Panto at Milton Keynes Theatre. This year, the panto is Peter Pan, (which is a much loved story in our home) and the star of the show was no doubt Bradley Walsh, who (I may be alone in saying this, but I don't care) looks jolly handsome. Really handsome. 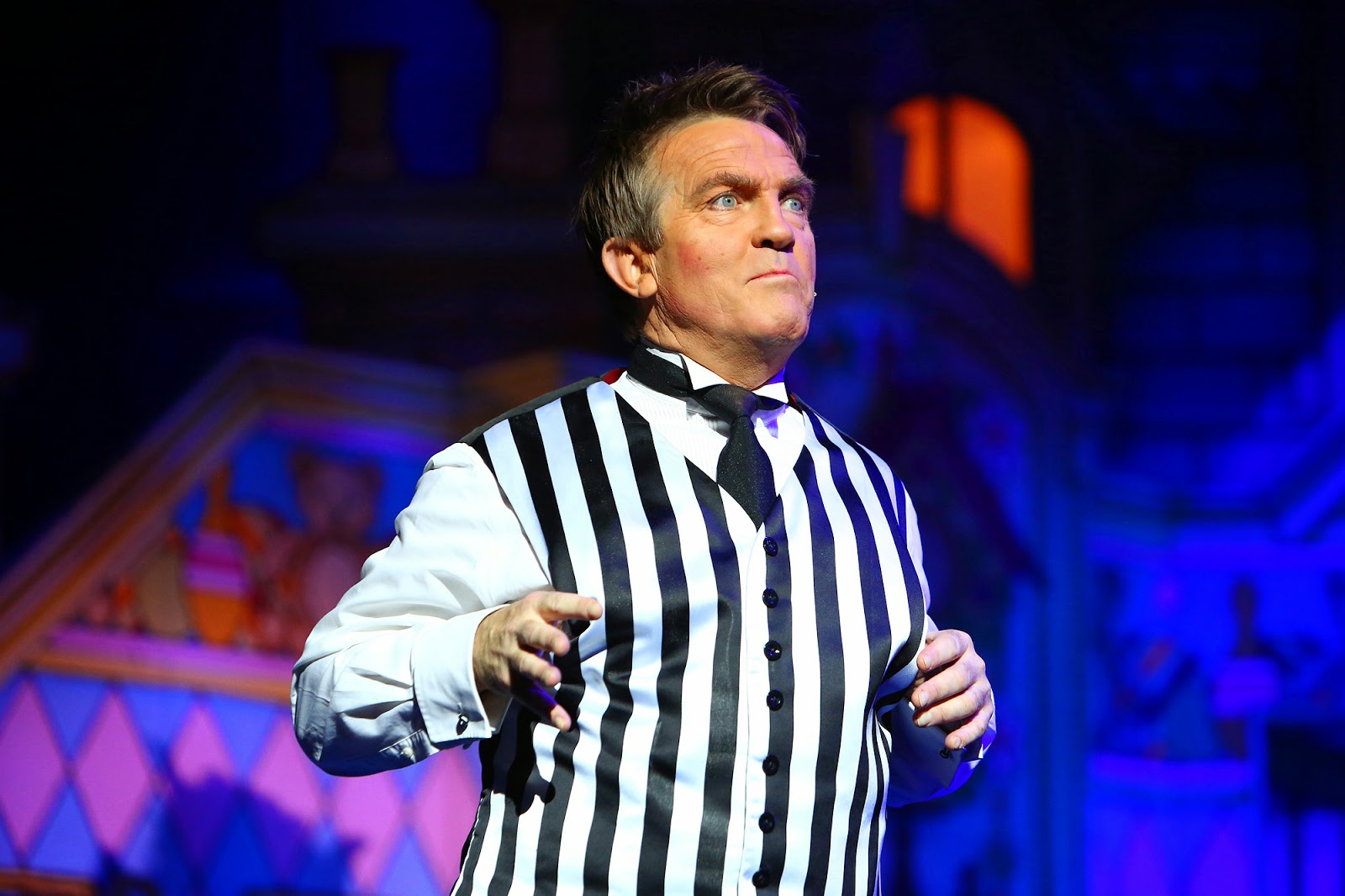 Really jolly handsome indeed. Maybe it's the waistcoat, in the photo above. Maybe it's the sweep of his hair. Maybe it's the way he stands looking like a proper English Gentleman. Maybe he reminds me a little of Mr Darcy. Or Snape. Oooh Alan Rickman..... Anyway. Enough of drooling over gentlemen. This is all about Panto! And as Brian Blessed said before the Panto started in a rather snazzy little video (just before the adverts started, yes adverts at a Panto), we Brits are the only country in the world who have Panto and know when to shout HE'S BEHIND YOU and OH NO IT ISN'T and all the rest of the brilliant catchphrases from every panto ever and so I leave you with my best Brian Blessed impression...

As always the children were as excited as Daddy and I and we eagerly took our seats, amongst all the other families who were enjoying similar levels of excitement. There was a high level of excitement, as all the audience appeared to be singing along with the piped Christmas Music (and on that note, Daddy seemed to be able to magically predict what song was coming next) and when the lights were turned down the audience all "ooohed" and suddenly everyone in the audience was transported to London and into the bedroom of the Darling children.

The laughs started as soon as Bradley Walsh appeared and he really got the audience going and was winding up the rest of the cast, in the way confident actors can in Panto. There may have been a little corpsing, but it all adds to the fun, especially when as an adult you're trying to work out if you can get away with not explaining a certain innuendo joke to your children! 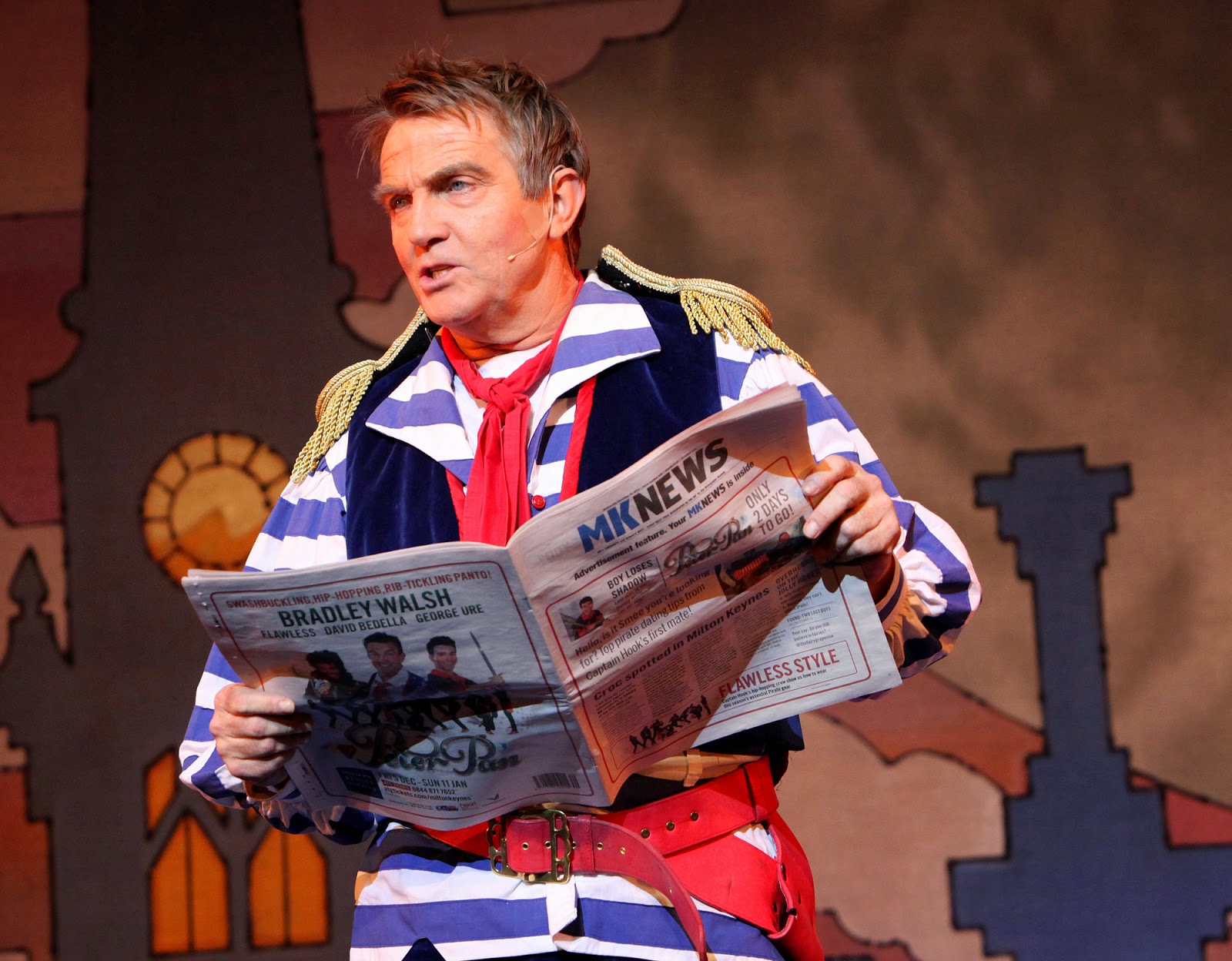 It took Daddy a little while to work out that the brilliant dancers were Flawless, (from BGT 2009) and they certainly were impressive, with even Big Boy sitting all agog during their numbers. I did think I wasn't going to be impressed, but as Big Boy put it "if we tried to dance like that we'd probably kill ourselves" and yet they made it look so easy and natural.

Of course there was the right amount of peril and laughs, sadness and happiness all culminating in a rousing ending which had everyone around us standing up in their seats, clapping and dancing along with the cast on stage. 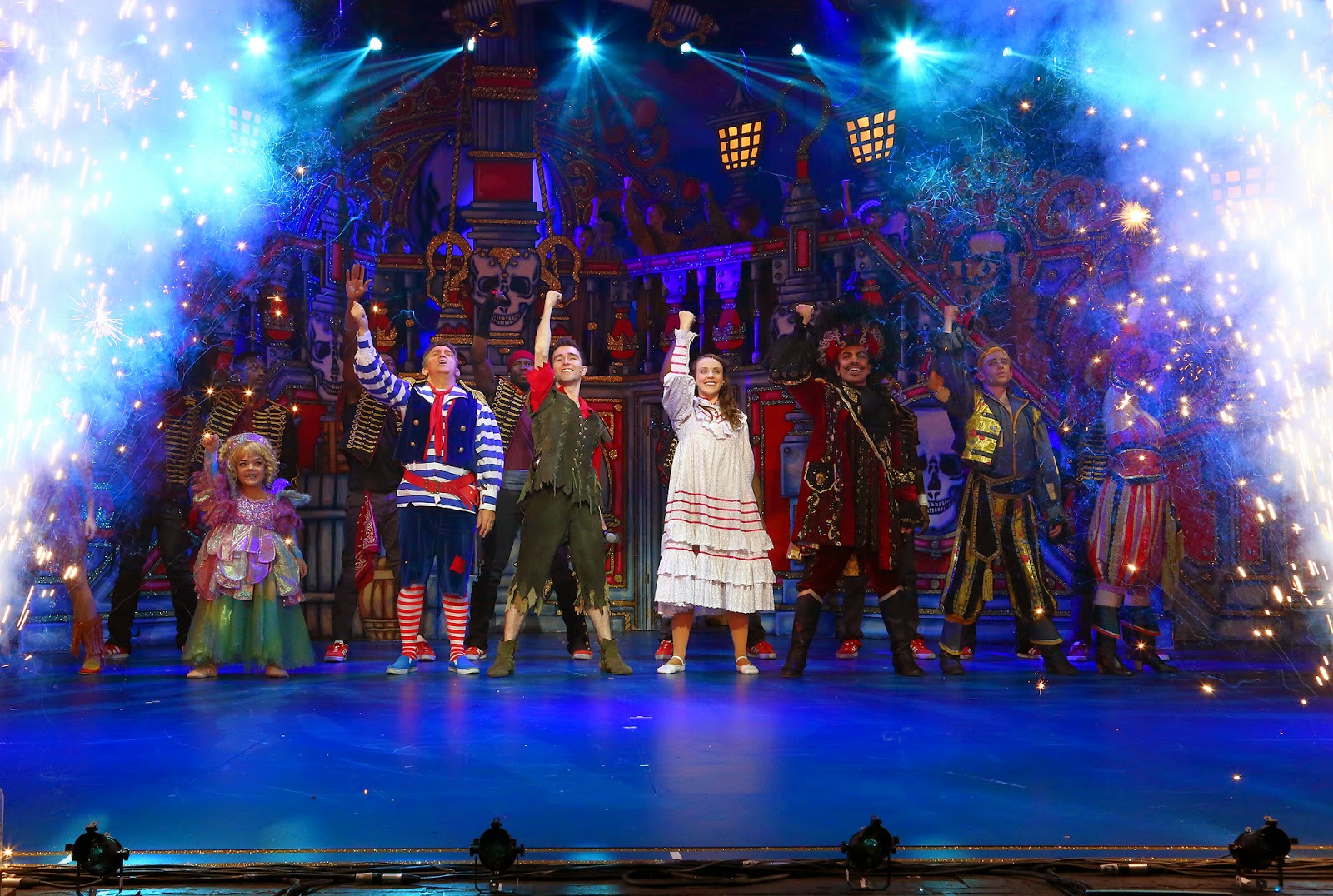 It was a brilliant night out, a great lead up to Christmas and as Peter Pan is at Milton Keynes Theatre until the 11th January 2015, there is still plenty of time for you to book tickets and get to Milton Keynes to see it.

We were give our tickets. I paid for the childrens light up things though, so it's my fault that they are still awake, laying in their beds with whirly flashing light things.
Christmas Family Life Review Theatre