- December 07, 2014
On Saturday morning, the children were in particularly fine form. Top Ender had promised me a few weeks ago that she was going to give me a surprise and after having participated in that (blog post about the surprise to follow!) and giving the children their breakfasts, I asked them to get dressed as we had a few more surprises in store. A few hours later and the Children, Daddy and I headed up to the City Centre, (which is what locals in and around Milton Keynes call the Shopping Centre) and to Middleton Hall, where the Christmas village is placed every Christmas. The Children, Daddy and I hadn't been to see the village this year and whilst we were a little disappointed that some of our favourite things from previous years hadn't made a reappearance, we were impressed by the size of the igloo that had sprung up! 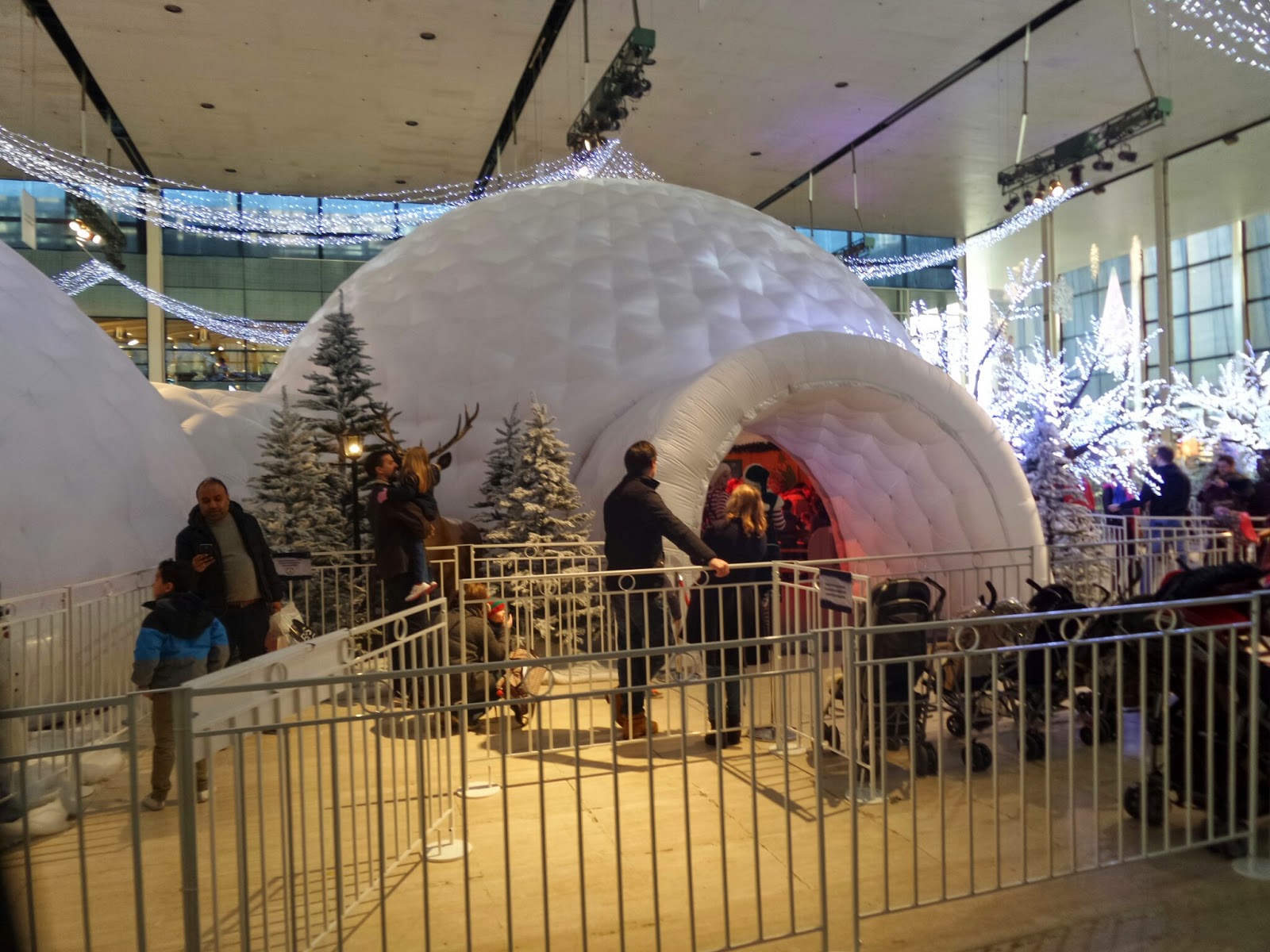 It was now that Daddy and I told the Children that we were off to see Santa, as CMK had kindly provided us with tickets. The village was as busy as ever, with plenty of excited children and the odd excited adult too. We had to queue, but it didn't take too long and the children were kept entertained with a face painter in the queue. 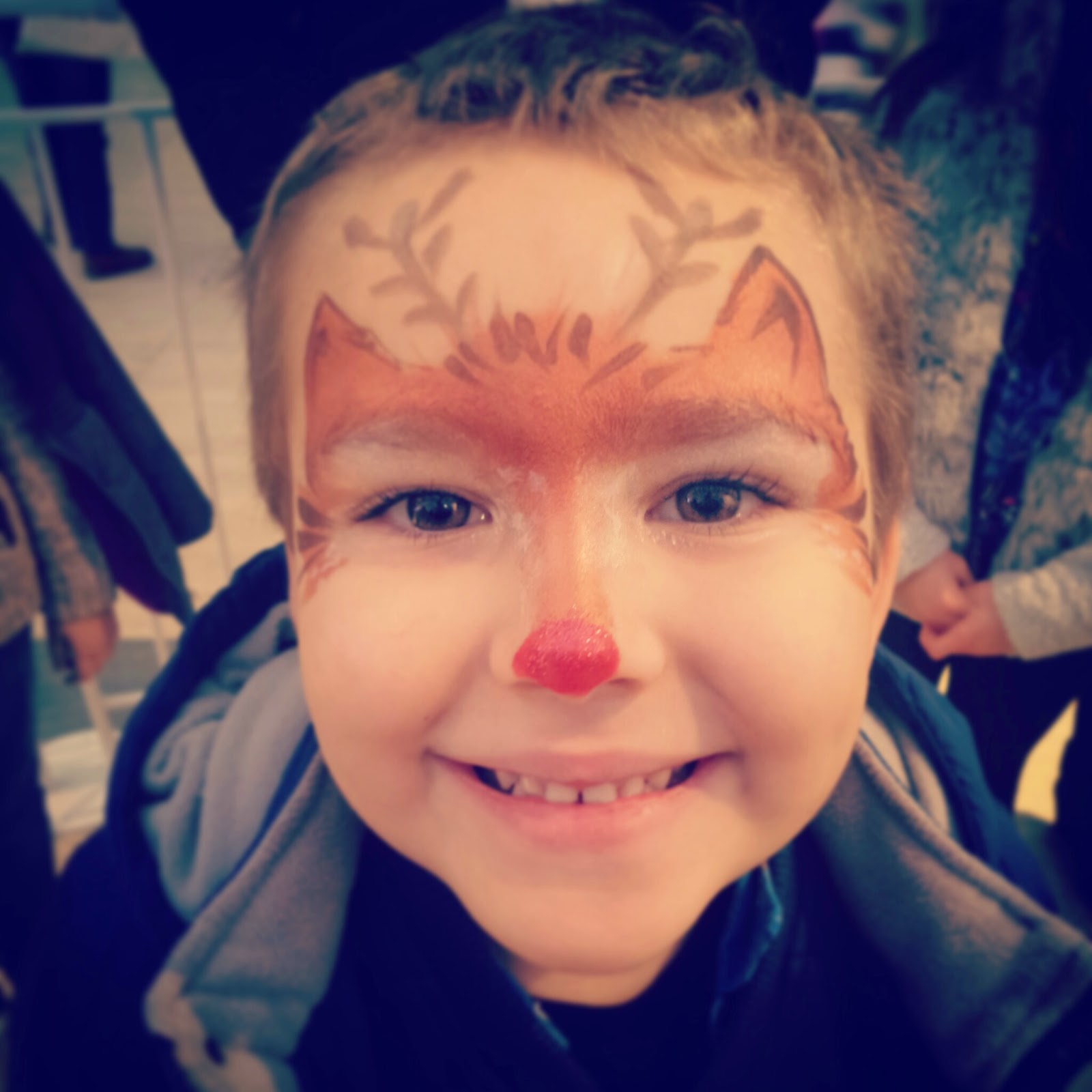 After we got into the igloo, we were invited to make some Reindeer food, which is of course another tradition that we've borrowed in the past and it was lovely for the children to be actively involved in something other than the scattering of it on Christmas Eve. 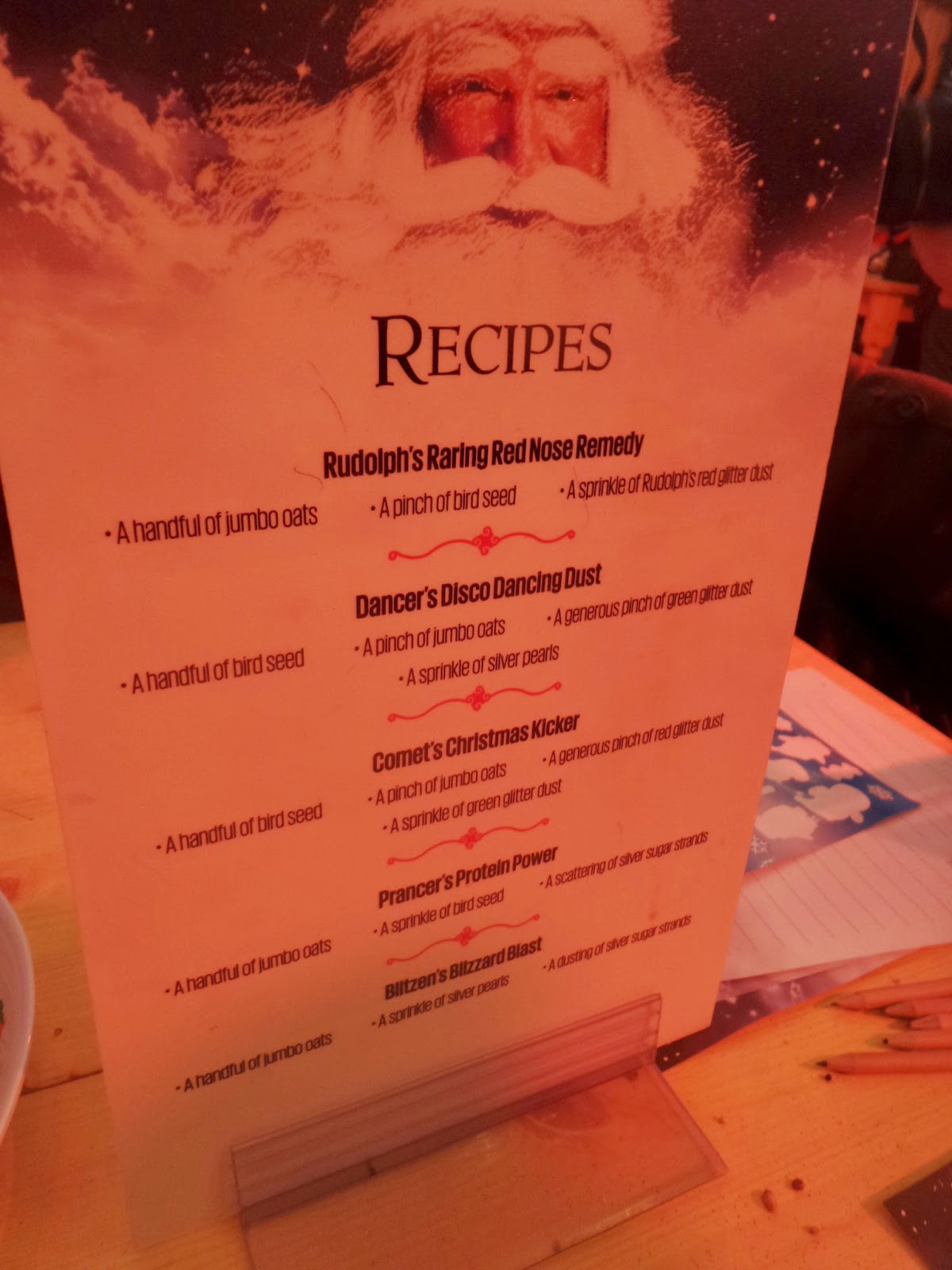 We were then whisked to another station, where we could make wrapping paper! How brilliant right? The children got some great ideas, but secretly I was cursing as my brown paper idea for this Christmas with different stamps for each person had just been stolen by Santa! Daddy and I did say that we felt quite rushed through the activities and it seemed incredibly crowded in the room, but the children didn't notice this and were very impressed with their creations, which are now living by my fireplace. 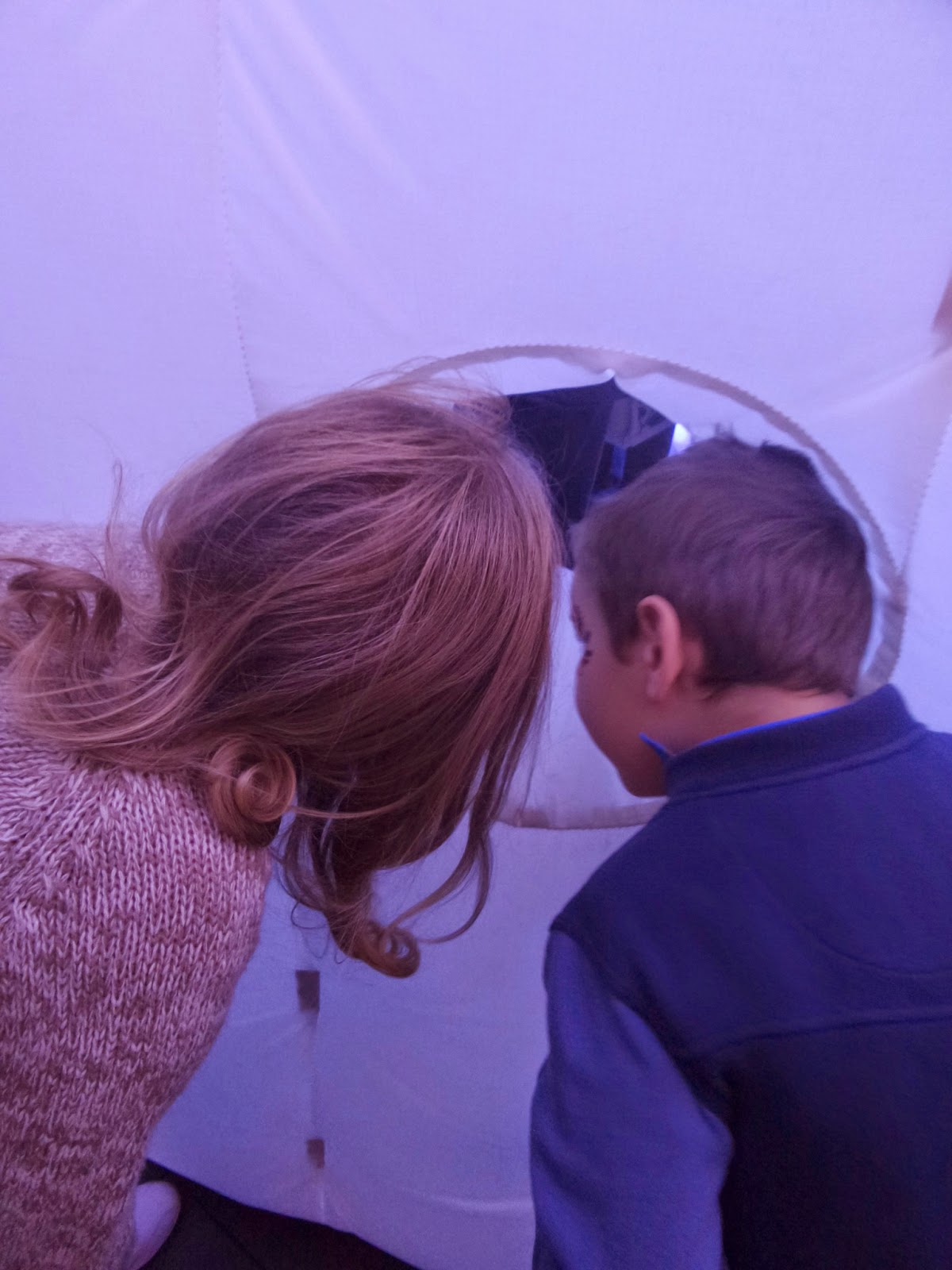 We thought we'd be on our way to see Santa, but there was still another surprise in store, as hidden behind an igloo wall was a lovely Elf making balloons for the children. 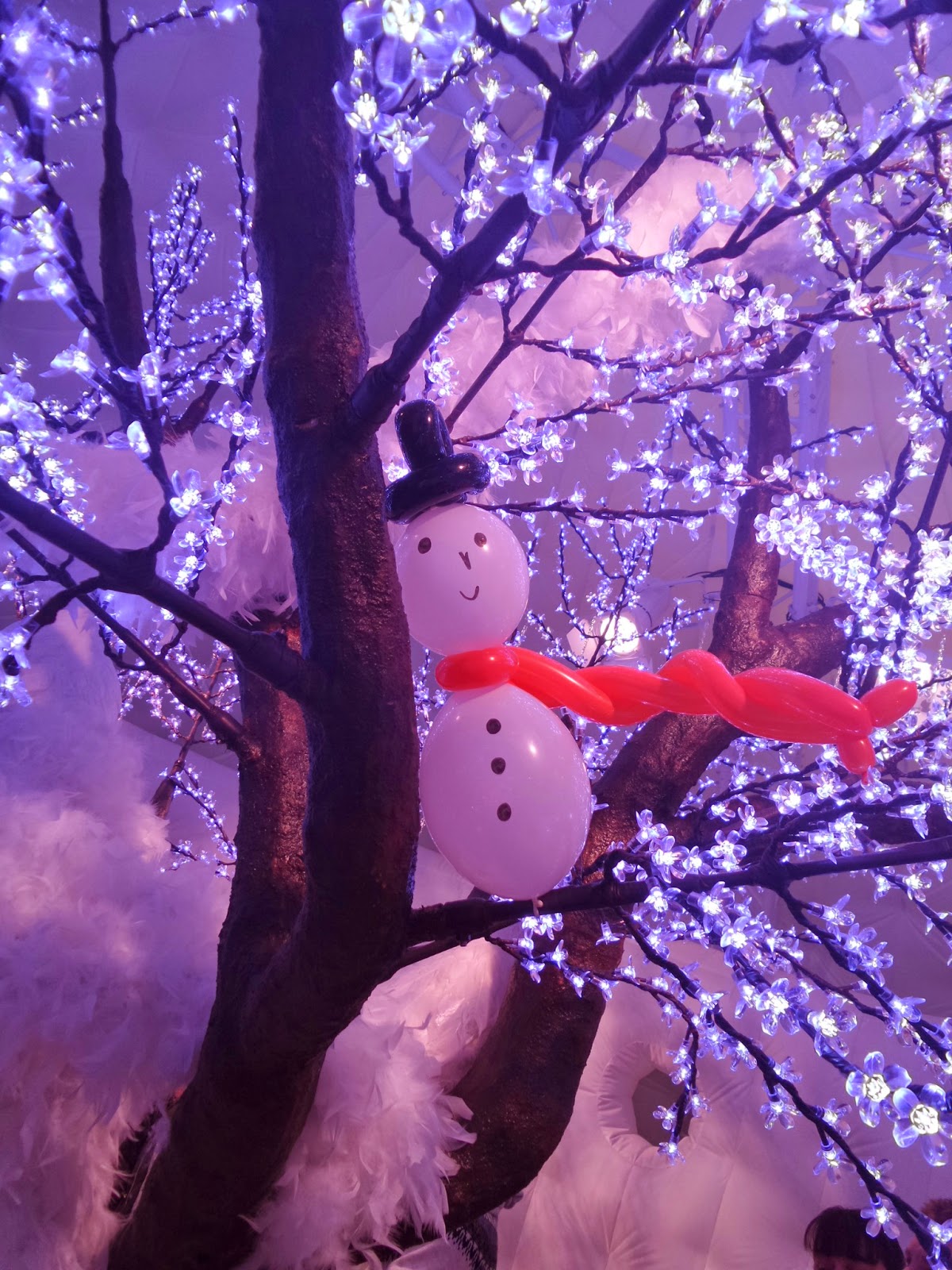 Eventually we got to visit with Santa, and he was quite lovely. Santa asked Top Ender and Big Boy several times if they'd been good, just to make sure, and then asked them what they would like. Top Ender was able to rattle of straight away that she'd like something arty, but Big Boy was stuck now that he was in front of the big man himself! Luckily Daddy and I were on hand to remind BB about a few of the things he's mentioned once or hundred times!

After we'd finished with Santa, we went on the train and waved to those who were walking through the village. This of course led to Big Boy and Top Ender wanting to have a wander through the village to look at the craft stalls. I purchased a few gifts for some friends and eventually we found our way out of the village and back to the Shopping Centre. I think that this was one of the best years for visiting Santa as the whole thing took around three quarters of an hour, which is pretty great value for money, as it's only £6.50 per child and an additional £2 per person for the train. 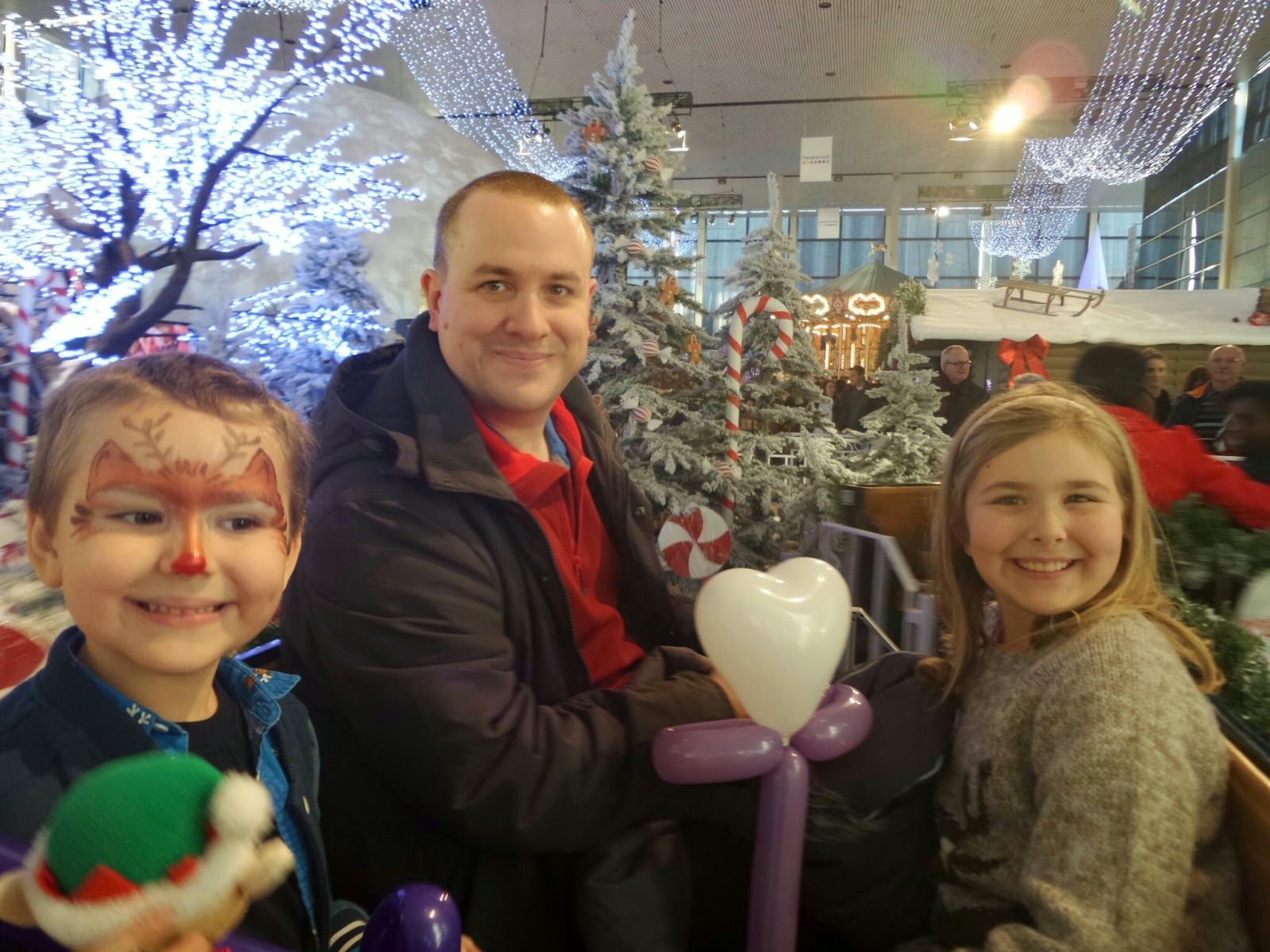 The children were extremely excited and are wanting to go again, which looking at the booking system, we could quite easily do as there is a lot of green meaning there are some free slots right up to Christmas Eve, so if you're still looking for a great Santa to visit and you're in the area, make sure you book soon! 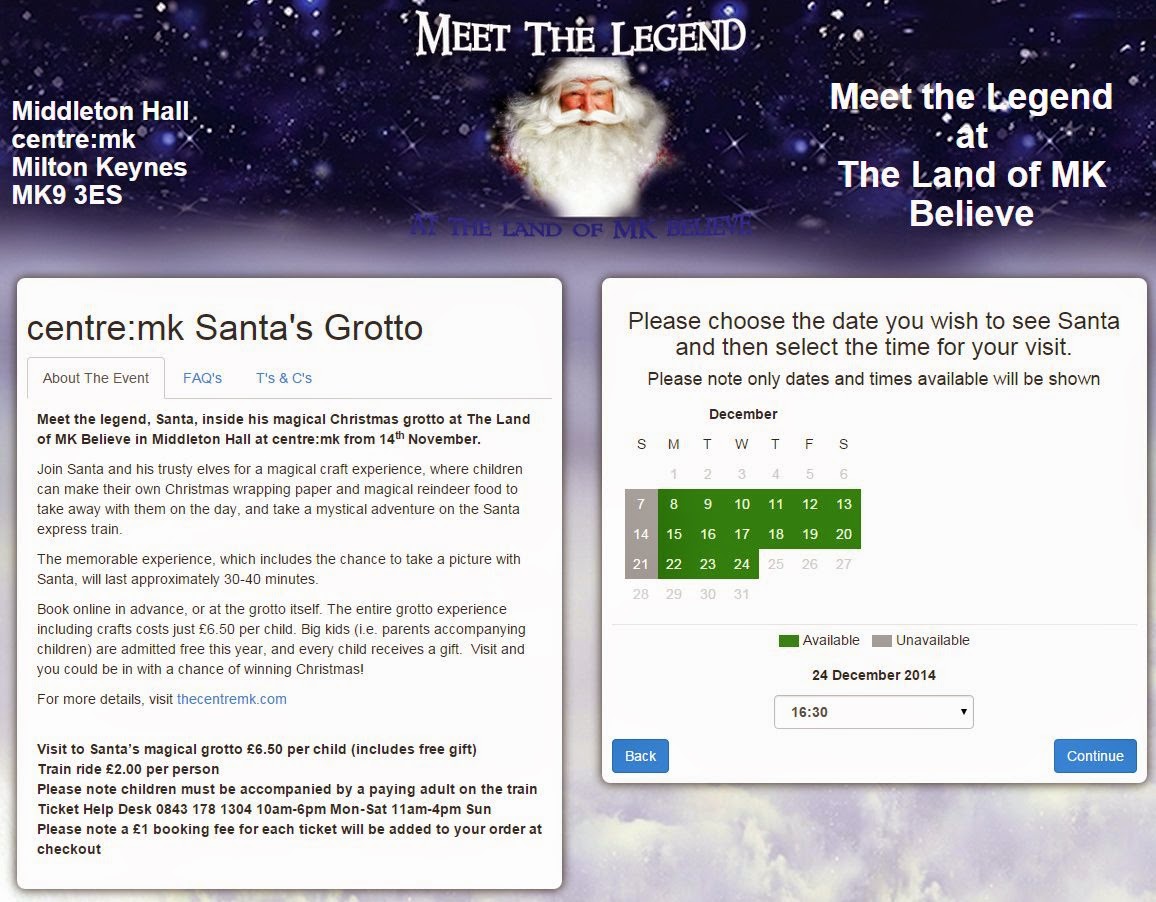