- August 09, 2019
During Young Women's Camp, one of the activities that the Young Women were doing in their groups, was titled Princess Training. The idea was to help the Young Women to learn some skills and to remind them that they are the daughter of the King. 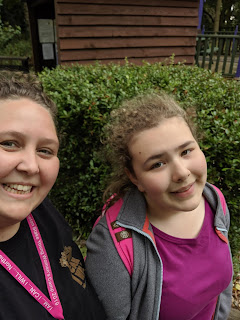 We got to be like Pocahontas and learn how to filter water using things that we could find in nature. Which is really quite useful if we are ever somewhere where we can't access freshwater, or we're going on the sort of hike where you can't carry all the water that you'd need, such as the Appalachian Mountains... not that I'm going to attempt that in the near or even distant future!

We created lanterns like Rapunzel, a light to guide our way, and whilst making the lanterns it gave all the young women in the group a chance to talk, learn more about each other and of course bond together.

We got to play about with beauty treatments, to have skin as beautiful as and lips as red as Snow White and also many girls painted their nails too and it was about realising the inner beauty that they all had and of course playing with make-up!

We got to go on a quest like Moana, having us running all over the campsite.

We got to make Stained Glass windows, like the ones at the start of Beauty and The Beast and sing along to plenty more Disney tunes. Top Ender made one based on a picture she had taken of our cat Mario a few months back. 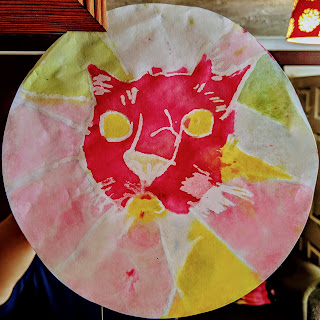 We got to make baby hats, for the babies in the NICU. Something like Aurora, who is better known as Sleeping Beauty, would have worn and Top Ender and I have been making lots using our materials at home since we learnt too.

We got to sing like Ariel and worked out some great moves to a song, as well as improving our breath control and some of the girls learning what their diaphragm was, where it is and what it's used for!

We got to learn to fight like Mulan, throwing a caber, the hammer and shot put, running trolleys around an assault course.

Oh and we got to eat chocolate like Anna and Elsa, but you can read more about that this Sunday.

And so was I, to the point where even the Butterflies were treating me like a Disney Princess. 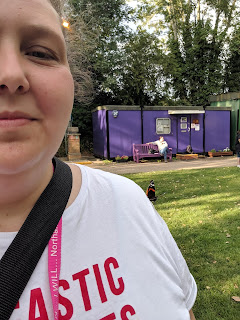