- September 25, 2019
I first saw the stage version of 9 to 5 The Musical, six years ago and fell in love with it, so when Milton Keynes Theatre offered me a ticket to go and see the latest touring version of the show, I was very much in favour of attending! 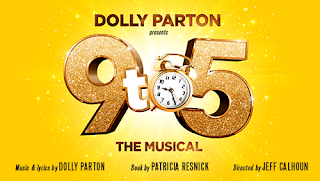 Again, it was a fabulous show from start to finish and I'm so glad that I got to see Brian Conley as Franklin Hart Jnr, as he played it so brilliantly it has to be seen to be appreciated. Then again that little crush I have on Brian Conley probably also has something to do with it. 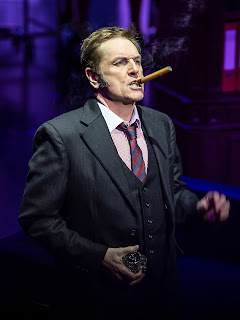 After they make friends with each other (believe it or not women can support each other and don't have to be in direct competition with each other!) they concoct a plan to kidnap and turn the tables on their despicable supervisor, Franklin Hart Jnr. It's all a big joke of course.. until it isn't!

Whilst he is erm, tied up the women manage to reform their office and then suddenly the CEO pays an unexpected visit and events start to spiral out of control... This production is about teaming up, standing up and taking care of business!

9 to 5 The Musical is at Milton Keynes Theatre until the 28th September, tickets are available from £13 and it's a great musical to go and watch and have a giggle with!
Family Life Paid Day Out Review Theatre Treat Night