Five Things I Learnt In My First Week

- September 09, 2019
Last week was my first week in full-time employment in about eleven years and as I spent time over the weekend thinking about how I did, what I could do better and what my plan of attack for the next week would be I realised that I learnt five things and I wanted to share them with you. 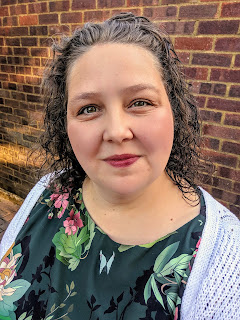 I'm braver than I think.


Okay, so there were times when I had no clue whatsoever about what was going on. The first morning, when students were in the School? Oh my gosh, there was more going on in that first couple of hours than I would ever be ready for, even if I'd been in the job twenty years! I girded my loins and got on with it, despite being scared soooo much.

Then there were times when I had to do something, which I'd been shown once, last July and nobody was there to show me again now. I mean I have a "Reception Bible" that the previous receptionist left for me, but there are some things that are missing and for the most part I'm figuring things out alone, but when I didn't know something or other and I couldn't work it out myself?

I was brave and asked someone to teach me or to show me where I might find the answer, or if they'd know someone who'd be able to help me, or where I could find the instruction booklet and trust me, me asking for help is a big thing, so really meant I had to be brave!

I look tired without make-up on.


Before I went to the interview, I made a choice about what sort of person I was going to be if I got this job. I was the sort of person who would wear makeup. Nothing major, just my usual tinted moisturiser, some mascara, a little blusher and some lipstick.

Then one morning, I forgot to put any on.

Almost nobody said anything, but those who did made some form of comment about how tired I looked and I won't forget to put any on again, just to cover the black circles under my eyes!

Choosing what to wear every day is really hard.

So when I was first hired, before I started work I decided to go and buy a few new items of clothing, to eek out what was in my "Stay at home Mum" wardrobe to "I work in an office and need to look nice" wardrobe.

When I was a stay at home Mum, I had a "uniform" of sorts. Jeans and T-shirt, occasionally a skirt or a dress and always a dress on Sunday for Church. Now, I have to make choices about what clothing I wear and on top of that what accessories to wear, how to wear my hair and of course what about my shoes! How do people do this every day?

I want a uniform!

My phone voice is very different.

I didn't realise how different my telephone voice was, until people I know really well called the School this week and didn't recognise me, despite knowing that I work at the School and that I was the receptionist. It was odd when one didn't recognise me, it was weird when a second didn't and when a third one had no clue, even after I said my name? Well, that's when it became downright funny.