It's the one that we dread because the first time that it happened Dan Jon claimed that it felt like someone had dug around in his arm with a rusty nail and had left him suffering, all for a measly vial of blood. Dan Jon's descriptions were so vivid and colourful none of us can forget and neither has he. 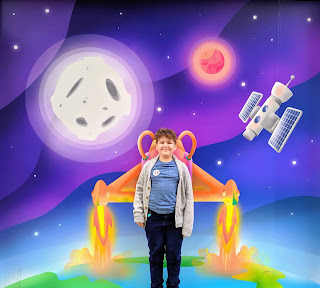 Before you ask the magic cream doesn't help, in fact, it doesn't do anything other than make him itchy (I must really find out if he is allergic to lidocaine or prilocaine!) and the freezing spray that is normally offered? Well, that is as much use as a chocolate teapot, but then even us adults know that.

So Dan Jon grinned, barely, and got on with it.

Remembering that he'd been promised a drink from the Costa at the Hospital afterwards and that it was just one appointment a year. In fact, this was the longest he'd have until his next annual blood test, which gave him a slight smile on his face, as you can see below. 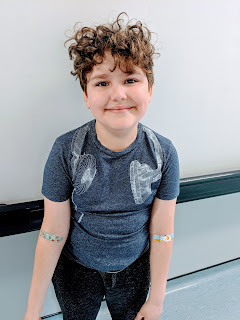 Now, we just have to hope that next year he won't suffer quite so badly, but guessing from the pictures below, the tear-stained face is going to stay with us. 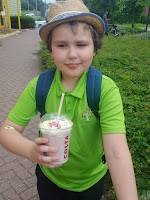 Seeing as I get plenty of hugs after, I don't think I mind too much.
Diabetes Family Life