- June 21, 2019
Last Saturday, Dan Jon, Flyfour and I set off with Top Ender to our local Stake Center (see here for Church-related phrases I use that you might not know) for Seminary Graduation.

We were all really proud of Top Ender for having worked so hard this year to complete her Seminary course despite the many challenges she has faced this year and we wanted to show her this in a physical manifestation, by all being there as she received her certificate.

The thing was, none of us had ever attended a Seminary Graduation.

I'm an adult convert, well I was 18 when I was baptised, and so missed out on Seminary (and Institute and a few other things!) and therefore missed out on graduation ceremonies and we didn't know what exactly went on.

We opened with a prayer and a hymn (Joseph Smith's First Prayer) and some opening remarks by a member of the Stake Presidency and this was quickly followed by a nice long line of graduates receiving their completion certificates for the year including Top Ender.

There was then a shorter line of students receiving their completion certificates for the last four years of Seminary and the 2019 graduates gave their testimonies of Seminary and I think it gave Top Ender some idea too that it's not all thunderbolts and lightning when it comes to testimonies and seminary. 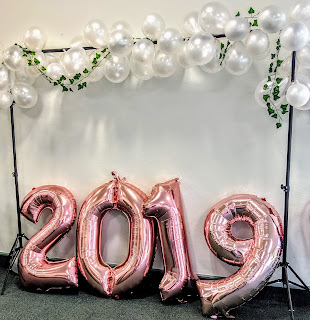 She and I have had many conversations this year, where she has said that Seminary is great for learning more about the Scriptures and about the history and background to the events depicted, but that she wasn't sure it was anything more.

Turns out a lot of the other graduates felt the same! The point of Seminary is to help the youth understand the teachings and Atonement of Jesus Christ and I think that Top Ender and the other students are totally getting this from their studies.

We then had a talk from a young woman, before our Stake President gave a talk and we closed with a hymn (How Great Thou Art, which Flyfour would like at his Funeral) and a closing prayer.

It was a great evening and we can't wait until next year.
Family Life Religion School