- June 10, 2019
Every few months or so, Top Ender gives me a look. A look that is probably more commonly known as a puppy dog face, as she looks at me with big wide eyes and a slightly sad, pleading stuck out bottom lip that I just know means;

"Mum, I need your help and I know you have your own things to be doing, but could you possibly drop them all and help me pretty, pretty please?"

I drop everything that I'm doing because I know that whilst the thing that Top Ender is going to ask me to do is something that she is perfectly capable of doing herself, she is asking me for a reason. She is reaching out for my help and I'll be darned if I'm going to teach her that I'm not there for her in her time of need. 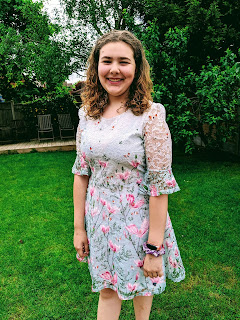 It happened today, only I didn't get the look, I got a sneaky WhatsApp message (sneaky because phone use is banned within the school grounds) with a plea that she knew I'd understand because of a conversation we'd had before half term.

"Mum, please can you make me two spotlights for the Revision board at School?"

It's a common tactic used by the Performing Arts staff at the School Top Ender attends, and I think it is a brilliant idea and if it isn't already in place across other departments and other Schools then it should be. Some students get to put up displays on the bulletin boards. Personally, I think the staff have enough to worry about without having to put up displays on top of all the teaching, marking, extracurricular activities and everything else they have to magically cram into a week and if it is helping the students learn then why can't they help in this way?

Previously students in the Music department have created a board which gave them a chance to learn skills on reviewing and presentation as they were able to create a display for a performance of Stomp that they had been to see. Again, Top Ender had utilised my help with getting me making a broom, the letters and the boots and leaving her and a classmate to create the board. 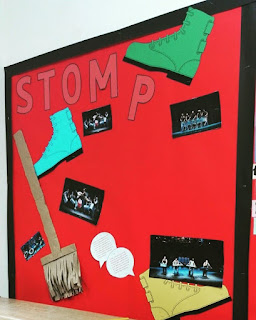 This time it was Top Ender's Film Studies class, those who are waiting for their coursework to be looked at are working on making revision resources on a few of the Bulletin Boards in the classroom. Top Ender and a few of her classmates were tasked with doing the film "Whiplash" and decided to use spotlights to highlight the board. One thing or another meant that somehow the spotlights themselves were forgotten by one of the group and so came Top Ender's plea.

Within an hour I'd made three, using a template of a Top Hat I'd printed off the internet. 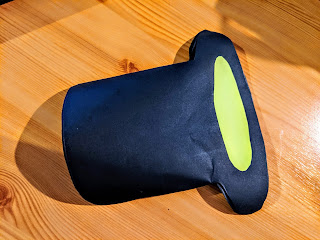 Sure they aren't perfect, but Top Ender and her group mates are happy and they have a revision resource to be proud of and that will be well used in the next twelve months. I'm glad I was a part of it.
Craft Family Life School