- April 25, 2019
When Flyfour and I first started thinking about going to Amsterdam, we did it with the idea that we would do it as cheaply as we could. Cheap because, well we're a family of four living on one wage and we try to do almost everything frugally (apart from gadgets, we do spend a lot on gadgets). We found a fairly cheap, but decently reviewed hotel, booked it and then started on a list of things we wanted to do and working out if we'd drive or fly. We decided to drive as it was cheaper, and well Flyfour loves a road trip.

There was a long list of places that we wanted to visit, to stand outside of, to eat food at, to walk around, to shop at, to look at, to soak in the atmosphere of and of course to take selfies at. Then there were the places that you can't miss if you are going to Amsterdam. Things like the Museums, going on a Canal Cruise, and of course stereotypical Netherlands stuff like Windmills and Clogs and Cheese and people on bikes and Tulips! 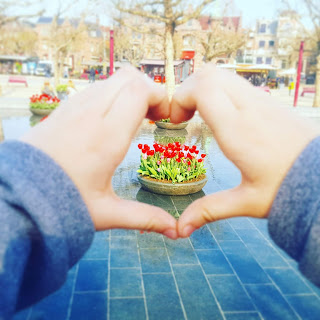 Luckily, because Flyfour has been so often/researched a bit he knew about the I Amsterdam city cards, which you can either buy in advance of your trip, or at the Central Train Station or Airport and they then cover the cost of your journeys on public transport, (so Trams, Buses and the Metro but not trains) and entry into several Museums (so you don't have to queue to buy tickets!) and other attractions around the city, give you discounts in several places (to visit or eat at) and on top of that you get a "free" Canal Cruise too. 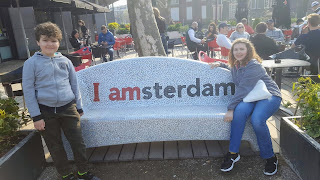 Which is super frugal, which apparently all Dutch people are.

If you are planning a trip to Amsterdam, I honestly recommend you check out the city cards!
Family Life Free Days Out Holiday Paid Day Out Spring