The Witch In The Woods

- April 03, 2019
Saturday afternoon, Flyfour and I decided to go for a walk on the Ashridge Estate. We asked if the children would like to join us, even offering them sweets, but they declined. So we set off on an adventure on our own, via a shop to get some sweets! Flyfour had been plenty of times (Twice and one of those was when he was about nine) but had looked it up on the internet, so knew where we were parking and had a rough idea of which of the routes we could be taking for our last minute walk.

Only we ended up going the wrong way and instead of getting lost, we came upon a shack which looked... Well, it looked interesting. 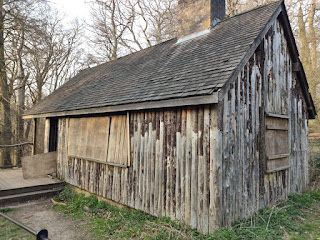 I sent a message in the group chat to the children, telling them that we'd found a Witches Shack in the woods and that we were heading inside! Top Ender immediately replied that it was creepy and we shouldn't enter into the building...

What they didn't know was that we didn't need to, as the door was already broken off and we could see quite clearly inside that there was a lot of spooky looking decor! 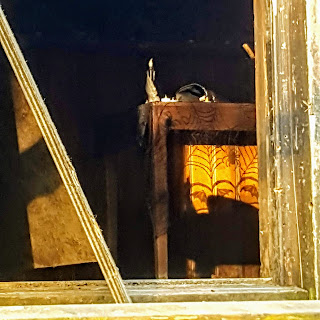 Top Ender again immediately replied that Flyfour and I were now cursed, but we were enjoying exploring the building and taking creepy photographs on Flyfour's new 48mp Camera on his phone, so a good twenty minutes passed before I sent them a picture to say that the Witch had given us some sweeties and sent us on our way. 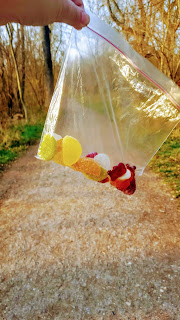 They didn't know that we had purchased them earlier in the day!

The children are now convinced that we are under some kind of witches curse and we're going to ensure that they believe that for as long as possible! Now, do we think that my two will know about the Cairns and Stick people from The Blair Witch Project? Well, they will in the next week or two!
Family Life Funny