The Children Are Growing Up

- April 17, 2019
Whilst we were away in Amsterdam, I was able to look at my children in a new light because we spent every hour of every day together. There was no alone time, we all slept in the same room, we ate together, we prayed together, there was no alone time, there was no other room to escape to (well apart from the bathroom, but we didn't spend much time in there really!), no other commitments to be kept, no work to go to, we went to sleep at the same time, we woke up at the same time.

Of course, this is not too dissimilar to our home life. I see the children every day, eat with them, tuck them into bed, wake them up each morning but here at home, I see them through the lens of a Parent making sure they get to School, that they complete their homework, get to their various after-school clubs and activities and perhaps most importantly ensure they don't become slaves to their electronic devices and computers just like their parents! 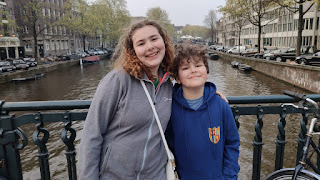 The time we spent together meant that it was easier for me to see how the children had changed. How they have grown up whilst I've basically not been looking because I've been busy being their Mum,


I was able to see that Top Ender is starting to regain her confidence in herself.

Her diagnosis of ASD knocked her a little as she started to understand that she is different from her peers, she is now slowly understanding that it's okay to be different and that she needed to find her own path and march to the beat of her own drum. Thanks to the internet she found a group of friends with similar interests to her, she has discovered going after her passions gives her strength and she understands herself more. 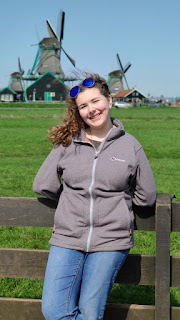 It was lovely to see her being more confident in herself and not feeling that she had to be lesser than she could be. All the time we were there her nose wasn't permanently stuck in a book, (not that I would have minded she was reading as we queued or travelled on the Trams or Metro), she wasn't forever using Whatsapp or Discord to communicate with her Best Friends back home, although she did share small things to her Snapchat and Instagram stories because she was loving some of the views and sights we were seeing. Tops was just so funny and articulate and inquisitive and full of interesting little facts or ideas that she shared as we walked along the canals and streets in Amsterdam.

Then there were the changes in Dan Jon that I wasn't ready to see, because as much as I don't want to believe it, he isn't my baby anymore.

Watching him wander around galleries, looking at and appreciating the art (and in some cases appraising it!) was honestly such an eye-opening experience. He knows what he likes and he knows what interests him but he is more than willing to try something new, to experience something different and I could see him growing right before my eyes. 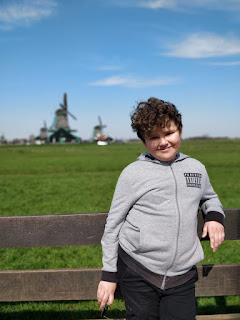 Watching him send a few messages to his best friends, letting them know what he was up to or had seen that he thought was funny or that they might find interesting was so fascinating. It allowed me to see that he is such a great friend, that he is growing up, that he is his own person and I just hadn't realised before now.

Seeing him each evening spending time reading his book, listening to him as he read the information panels at the various places we visited or when he had an answer because he had googled a question we had as we were walking around cemented in my mind that he loves learning, he is curious about everything and has opinions and ideas and isn't afraid to share them either!

The two of them are growing up, changing and I think I'm ready to accept it...
Family Life