The Time I Said I Ate Cat Food

- April 18, 2019
Whilst I was doing the weekly shop in Aldi, the woman in front of me at the Checkout was looking at some of the snacks they had for sale and I could see was having an internal debate over if she should buy some crisps or not. Knowing that these particular crisps are very nice, I leant over and said:

"If it helps, I really like them! In fact, I have a large pack in my trolley!"

The woman then told her husband and together they agreed to try them. The lady behind them in the queue had vouched for them after all. A conversation started between us then, about various items in the store that they had selected for purchase and if I'd had them and liked them or if there was anything I could suggest they might like the next time they came in. Luckily there were several items I was able to suggest, including some items my Mum had purchased and had said she loved and they were eagerly writing them down and having a joke that maybe I should move in with them. 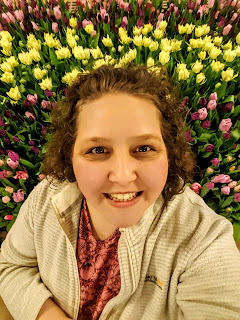 As I unloaded my shopping on to the conveyor belt, the husband noticed I'd put up a pack of cat food.

"Please tell me you have a cat" he winked
"Actually, I don't! It's a diet I follow..." I deadpanned back at him remembering the joke about the man who eats dog biscuits.

Judging by the look on his face, this actually shocked him a little and he became a little flustered and didn't know what to say. I think he was expecting the joke, or at least me to set him up for a joke but wasn't expecting me to look so serious and seemed as if he wasn't sure if I was joking or not, so his wife jumped in whilst he was a little lost for words.

"Oooh, is it any good? Does it have any side effects?" she asked
"Well, I do get a craving to lick my own butt every afternoon, but other than that it has all the nutrients I need!"

The checkout assistant was trying very hard not to laugh but did give me a high five after the older couple had left the checkout area. I might try to talk to more customers in the future!
Family Life Funny