- July 10, 2019
A few months back, Flyfour and I were talking about me. I know that sounds conceited, but it was a serious talk. I was talking to Flyfour about how I feel bad because he is this amazing Father, he works hard, he cooks on the weekends, he supports the children with problems they have, he supports me, he does chores, he does so much and what do I do?

Well, I feel that compared to my husband I do nothing. He, of course, being the wonderful man that he is, vehemently denied this but he also understood that we weren't talking facts and figures here, we were talking about how I felt, and feeling like I don't contribute as much as he did isn't something that facts and figures would change.

So we talked about what we felt the next steps would be and realised that I wanted a job. It had always been the plan that when Dan Jon went to Secondary School, I'd look for something. It wasn't that we need the money, it's just that this would give me something to do and allow the children and me a little bit of independence. 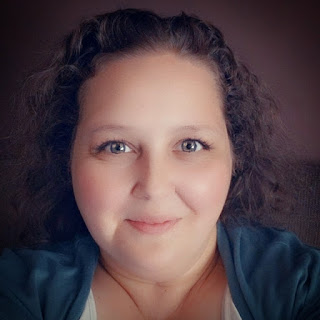 Over the next few weeks, I looked at various positions that were advertised, applied to a few and found one that was almost perfect for me. I filled in the application, asked a few people to be references for me, as the company my last job 11 years ago was with no longer exists and crossed my fingers for the best. I was so positive, I knew I was going to get this position.

I didn't even get an interview.

Again, I filled in the application, asked some people to be references for me and crossed my fingers.

And I got an interview.

And I had that interview this week.

It was a hard interview, I'm not going to lie. Yes, I was comfortable because it was doing things I was pretty sure I could do, but it was also doing things which I wasn't in control of, with people I didn't have a relationship with and I haven't had an interview in many, many, many years.

Like you are supposed to look people up on linkedin and research the company and they wanted me to do tests! Like, how would I handle situation A and what would I do in scenario B and could I do all of that whilst standing on my head?! (Okay so they didn't want me to stand on my head, but you get what I mean right?!).

I prepared as much as I could the week before, thinking up questions I wanted answers to and that I could ask in the interview. Planning interview outfits, hunting out all the documentation that I needed to take and practising answers to questions I thought they may ask. I asked people on Twitter and Facebook and people I know in the "real world" for advice (people who had had "traditional" employment more recently than me!) and I took on board everything that they said, and then threw some of it that didn't fit out the window.

Anyway, three hours after I arrived for the interview as I left to go back to my car, I felt positive. Not overwhelmingly so, but positive enough that I knew I had done my best and when the phone call came the next day, I was sure one of the other candidates had accepted the position and I was being given the call to let me know they were thankful for me having applied and better luck next time.

I GOT THE JOB.

I know right?! I was so excited because I was so sure I hadn't got the job as the other two applicants were so lovely and polished that as I did a fist pump, I snapped the wire in my bra! Well, now I'm in shock and almost officially employed.

I'm afraid that my blog may have to take a bit of a back seat whilst I get used to balancing work, home, family, volunteering, studying, Church and the other million things I do but I promise not to disappear!

There is just one real downside, I need to buy new clothes. Oh and a new bra.
Family Life