- July 24, 2019
I mentioned last week that two of our Brownies had left our Unit at the last meeting. One as she and her family were moving abroad during the Summer Holidays and one because she has a lot of other extra-curricular activities and something had to give. I honestly was gutted that these particular Brownies wouldn't be part of our unit any more because they are honestly such lovely young women and always polite and friendly and they laughed at my jokes too!

As the Brownies were leaving, the two who weren't coming back in September came to find Top Ender and I. One Brownie, came and gave us a small gift of Matchmakers each and expressed her thanks to us for having been there each week and for the fun she had. The other Brownie came and gave Top Ender (aka Little Owl) and I an envelope each. 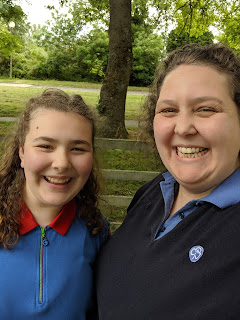 Inside were thank you cards that she had written, thanking us for our time and effort in hanging out with her and the other Brownies each week. For taking her on trips and playing games and singing and being funny and just being there. 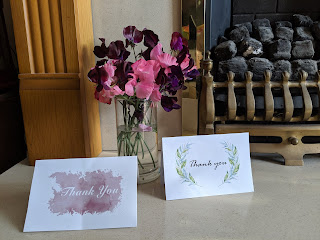 The girls were so lovely and kind, and the gestures they made were so genuine and honest that it made me cry, which I was so not expecting! I mean I knew I loved the girls, in the way that any leader would love the girls that they spend time with each week but I didn't think I was going to cry about not seeing two of them again.

I'm so very glad that I have had an opportunity to spend time with these girls and that even if it is just for just under two hours once a week during term time, see that I do make a difference in their lives.