Are You Dan Jon's Mum?

- July 03, 2019
On the Monday that Dan Jon was off on his school residential, I was helping out with an Anglo-Saxon day that the lower Key Stage 2 classes were having. The staff at the School have known me for years, and know that I am unable to turn down any chance to dress up.

Which is why I was found dressed like this. 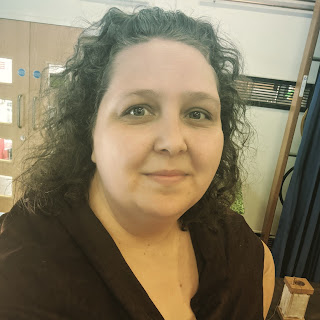 We had a right blast, as I managed to get onto the Candlemaking table, which is my favourite Anglo-Saxon activity and I've done it every time we've had a candle making opportunity in the last five years. 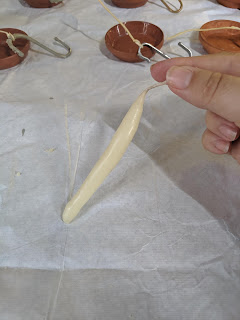 The line of students who wanted to make candles was plentiful, filled with several students that I have known since they started in the school four or five years ago in the most part. It wasn't until the afternoon when we were pretending to be Archaeologists that two of the boys that I didn't know, did a little double take as they looked at me.

You're a Mum of someone at this School aren't you? asked one.

I confirmed that I was and that my son was in year six.

"Are you Dan Jon's Mum?" asked the other, quickly followed by the first child stating "You look like him!"

I said I was and asked how they knew Dan Jon, and teased it must have been that he was so naughty that they knew of a child two years older than them.

"Dan Jon being naughty?!" they laughed "No way!"
"Everyone knows Dan Jon, he is always getting certificates in assembly for being good and working hard and reading lots and just being... kind."

I grinned. It was lovely to hear nice things about my son and seeing as how I was missing him, it was even better.

"Are you talking about Dan Jon the playground helper?" asked another child
"She's his Mum!" answered one of the first two boys
"I don't like him!" he started and my heart suddenly dropped.

He continued "Whenever I'm doing something naughty or being mean and he sees me doing it, he stops me and tells the lunch supervisors!"

All the other children at the table laughed at this point and my heart rose again as I realised that Dan Jon is really a special young man and I can't wait for him to get home and for me to tell him about this encounter with one of his younger "not fans".
Family Life Funny School