- July 23, 2019
For weeks, some of the chats between Top Ender and I have been about what she is going to sing at the Summer Concert what the Orchestra was rehearsing, what the string group was rehearsing, what the choir that she is part of was rehearsing and a possible group number that she and two friends were thinking of singing. At some point in the discussions, Top Ender had asked if I had any suggestions for some musicals for her to listen to on her walk to and from School. We are going to see a few in the next couple of months that she isn't familiar with, so I suggested she listen to one of those and the Musical Six was decided upon. You can guess what happened next, she fell in love with the musical and it was decided what she would be singing. Yes, you've guessed it, it was something from Six, in particular, the song that Jane Seymour sings "Heart of Stone". 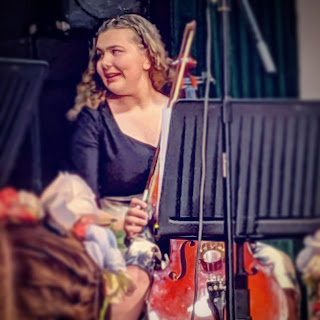 The concert was really great, with the Orchestra performing several pieces, the various groups (string group for example, which Tops is also part of) performing a couple of pieces and several other of the music students performing pieces that they had been practising over the last few weeks too. There were some performances by students from the other Performing Art departments too, so some dancers and a short performance piece from the drama department too.

And then it was time for Top Ender to sing. 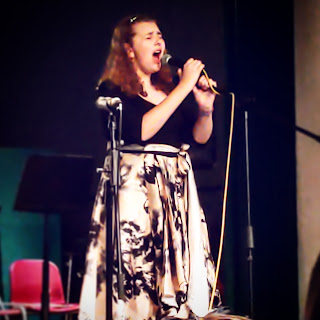 She sang so beautifully. I thought I was proud when she sang at the last concert, but this time? I don't know it was just

Honestly, she was so great that one of her former music teachers came up to me to let me know just how great he thought she was, claiming that she was the best performance of the evening, and another parent that was sitting with me asked when Tops would be auditioning for Britains Got Talent. I did take a video, which you can see below.


I was so proud of Top Ender. I mean, how could I not be? The girl has got some lungs on her, but now comes the big problem, of what does she sing at the next concert?!
Family Life Hobby School