- July 18, 2019
Every year, the School that Dan Jon goes to has a Leaver's Assembly for the Year Six students. For most of them, and their parents it is an emotional evening. Despite them having seen it once already in the whole school assembly, earlier that day. The teachers get misty-eyed, special guests appear (normally staff members who have taught them for several years but have left in the last couple of years) and everyone is thinking of how they have seen these children grow and mature and turn into the wonderful young people that they are.

They hand out certificates for what each student will most be remembered for and Dan Jon was given one for;

"His amazing determination and never letting anything faze him"


He seriously is so laid back, he is almost horizontal. 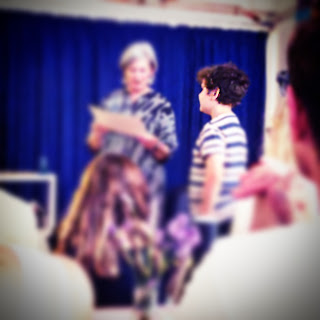 This year is a big year for us. With Dan Jon leaving this School, it ends a 37-year link with the School. This School was the School my husband went to and so already held so many memories for him and his family. Flyfour would often share some of his memories with the children and I, as we visited the school. That hole there was from PE in 1984. That room there used to be the canteen. That room there was my classroom. Those memories became my memories.

There are the memories that I've made at the School from having been a Governor, a volunteer and a parent. The time I made Reindeer cupcakes and everyone thought I'd purchased them. The room I found out I was a Governor in. The classroom I sat and read to children in. The field where I camped with the Year 4 children. The time I set up a Santa to wave at Top Ender's classroom from the back of our house as it was in direct line of sight.

Then there are the memories of Top Ender at the School. That playground there is where Top Ender would line up in the morning. That gate there is where Top Enders friend gave her a kiss to say thank you to her for having given him a Christmas gift. That patch of grass where we sat and made daisy chains. That classroom there was where she had her favourite teacher for two years in a row. 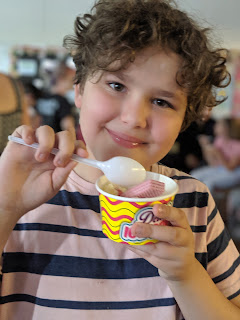 The leaver's assembly was lovely and as everyone ate Ice-cream afterwards, I sat there looking around at the students that I have known for most of their lives. I was thinking about the presentation we had just watched and like the staff and students, I was full of love and respect and grinning at the inside jokes. Seeing the photos from the start of their School lives to ones taken just a day or two ago made me realise just how much these children have grown... and I may stop crying in the next week or so.
Family Life School