- August 03, 2012
The bedtime routine has changed again in our house, not that I'm complaining! Now, because I'm out at the gym and Big Boy has to have a night time injection of insulin Daddy and BB have taken to playing on the wii for a half hour or so before BB goes up to bed. It's a good time for them to bond together and Daddy and I seem to find that a little wii makes that last bedtime injection just a little easier to be taken by BB. Big Boy is in charge of choosing what game they play, normally he will be pushing me out the front door before I've picked up everything I need and so I have to come back in a few moments later to pick up what I've forgotten, and I can see that he has been choosing the same game almost every night and it's the LEGO Batman 2: DC Heroes game. 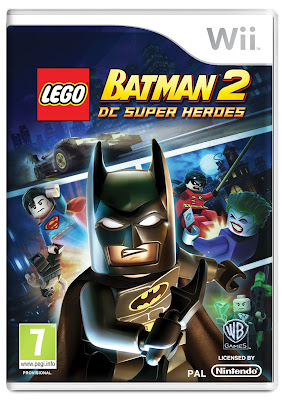 We've had the game for a while, but Big Boy didn't seem to enjoy playing it and Daddy was playing it on his own after I'd gone to bed (I knew he was because I could hear it!), but having completed another platform game on his own a few weeks ago Big Boy has decided that he is wanting a harder challenge and the LEGO Batman 2 is the harder challenge. The game is really quite fun according to Daddy, Batman and Robin have teamed up with other DC super heroes including Superman, Wonder Woman and The Green Lantern to stop the notorious villains Lex Luthor and The Joker from destroying Gotham City. Daddy likes it because when the characters are killed they scatter into tiny Lego pieces, so the violence isn't really violent as it's very clear that these are LEGO not people. 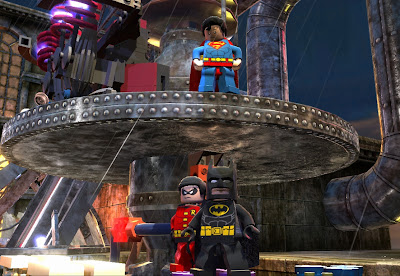 With Big Boy hindering helping Daddy to play the game they aren't quite finished, but they do love playing it and Daddy says that it looks good which is one of the most important things for him. As I'm not allowed to play computer games with the children any more (I'm too competitive apparently!) I haven't played it, but it does look a lot of fun and as four year old Big Boy is able to control it quite well I'm assuming that it's fairly simple to grasp.

I was sent the game and a little Batman face mask and a lego keyring. None of which I actually got a look in at though as BB grabbed them all and put them in his treasure box.


Follow my Weight Loss and Fitness Journey at Pippa World