Beaver Camp From A Diabetic Mother's Point Of View

- July 14, 2015
When it was announced at Beavers that there was going to be another camp, Big Boy was so excited and despite my hating of camping I knew I had to let him go and of course I'd have to go along too.

When I had originally signed BB up to Beavers, I had done it because I wanted him to develop some independence from me and Daddy. At the moment, no matter where BB goes (that isn't School), one of us has to go with him. It doesn't matter how close we are as a family, I don't think that is a good thing. All children need to have some space to become independent, some room to grow and learn and stand on their own feet. 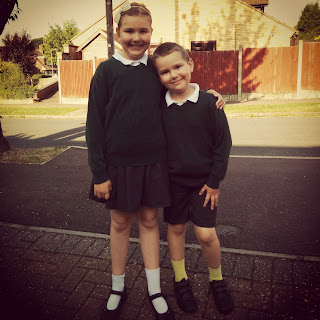 Saying that, I also understand that BB needs blood tests overnight. I don't like to think of him as Disabled, but that is what he is. He has a physical condition that requires monitoring and as much as I love him, he's just not mentally mature enough to monitor himself just yet.

It's not hard, but then I've been doing this for several years now. BB needs small corrections of insulin if he has a high blood sugar reading and a quick blast of fast acting carbs if he is low. The problem is, this isn't something that Daddy or I can trust to anyone else. I mean would you come and wake up every two hours to test BB if I asked you to as a favour?

Would you want to get up every two hours in the night to complete medical procedures on a child in your sole charge?

Would you want to be responsible for making sure you understood how many carbs were in a meal he was about to eat so you could correctly bolus him?

Would you want to check him two hours after his meal, to ensure he was at the right level?

Would you want to check him if he said he felt low and give him the fast acting carbs?

And we know each other, I mean sure it might only be from you reading this blog and my tweets but you still know me and the children.

Now imagine if you only saw BB for one hour a week, as part of a group.

Even less chance you'd want to take the responsibility on right?

Even if you did, it isn't something I could ask of a volunteer. It's something they'd need to be trained for, and so it means that whilst I want BB to have his independence, for now I'm his shadow at things like Beaver Camp, Birthday Parties and School Trips.

The way that our Beaver camps tend to work, is after the Beavers are settled into their camping areas, we all go for a night hike. I don't think that the leaders and people in charge of Beavers realise what a big issue this is for BB.

A little three mile walk to them is a big headache for us.

I did a quick check on BB's blood sugar, he was at a good level, but he wasn't high enough to last for a three mile walk, so a quick pack of sweets later and we were on our way. 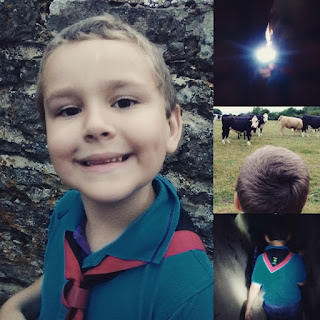 BB and I walked together most of the route. He spoke with others of course, but towards the end of the walk, BB told me he thought he was low, well it turned out he was really low. A quick dose of sugar and he was ready for the movie that the Beavers were going to watch. I have to assume that the plan is to keep the Beavers up for as long as possible after their walk so that they are so tired that they have no choice but to sleep through the night, because at this point my texts to Daddy were about to stop as he was going to bed and my watch had buzzed almost an hour before to tell me it was my bedtime!

After about half an hour, BB decided that he wanted to go to bed and so he and I headed off to the tent we'd be sharing. BB had been devastated about this earlier in the week, because he had wanted to share a tent with the other Beavers, but as I had explained to him, I couldn't exactly keep clambering into a tent filled with children in order to do his blood tests every two hours.

At his blood test before we got into our sleeping bags, I realised that BB wasn't high enough that he was not going to go low in the night, so a quick midnight feast of sweets before we settled down for the night meant we could still enjoy the camping treats of illicit midnight feasts! 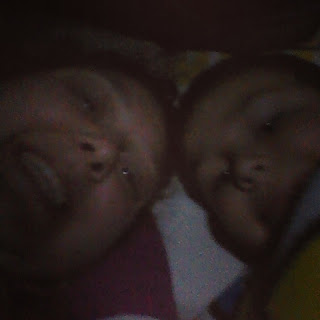 For the next seven hours, I woke up every two hours to test BB's blood sugar. The only great thing about being in a tent is that I didn't have to get out of my sleeping bag to do it. Eventually it was morning and time to get up. BB and I had already got dressed, packed up our things from our tent and we were considering collapsing the tent, but I wasn't exactly sure how. Still we had things to do, breakfast to eat, lunches to make, camp sites to pack up and shooting air rifles and having a go at Archery. 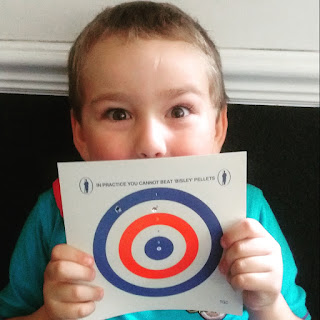 BB went low twice during the day. A combination of more exercise than we expected and excitement caused his sugars to keep dipping and that's fine. That's why I was there, it wasn't something that could be predicted time wise, just that it was a distinct possibility of happening.

We did have to leave a little early from camp as I had given myself Heatstroke, but it was okay, I recovered quickly because having suffered from it before I knew what to do. Luckily BB was also feeling the effects of having little sleep and a few lows so we said our goodbyes and headed off home. Daddy took over the care when we got home and not just because I collapsed on the sofa and fell into a deep sleep.

I love the idea of Beaver Camp for children this age. I love the idea of the children being allowed to roam around and be safe yet have the illusion of freedom from all adults so they can foster independence. I just wish that BB could have that a bit more without me having to hang around too.
Diabetes Family Life