What We Are Eating this Week (W/C 25th July)

- July 25, 2015
Technically for us, this is the first full week of the Summer Holidays, however this week coming Top Ender is going to Summer School. It's billed as a week for students to get used to the school, meet some new friends, have some taster lessons and generally allow the students a chance to build confidence. The end of the week finishes with a fun day at a local water sports centre (that's Top has been to recently with Guides!) and an awards ceremony. Then our Summer Holidays as a family can almost begin! 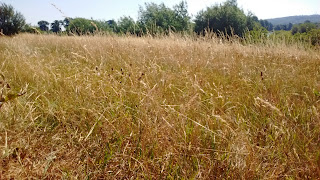 
Loaded Hot Dogs are a bug favourite of Daddy and I. The Children? Well, not so much, they like the Hot Dogs and some toppings but they don't like fried onions. I mean seriously, who doesn't like Onions on Hot Dogs?!

I thought that what we could do for our Evening meal tonight is have some Hot Dogs, some Bacon wrapped Hot Dogs, some fried onions, grated Cheese and whatever else we can think of that would be nice on top of the Hot Dogs.

Watch out on Instagram for hopefully some yummy images!


I love a roast Chicken, I think it might actually be my favourite kind of Roast.

When I'm at Church it means it is up to Daddy to cook the Roast and I know that he has recently found that he's rather good at cooking a Roast Chicken, so I'm hoping that today the Chicken will be as lush as it was a few weeks back!


Big Boy and I are home during the day together and we want to have some fun, but I figure that we could make our own Pizza Dough and still have fun. I was really reluctant to do Pizza for our evening meal because it does screw with BB's blood sugars, but I think that we could have fun tossing pizza bases around so it's back on the menu.

Knowing BB he'll want to make a Hawaiian Pizza, as will Top Ender. This is fine by me as I'll make my own Veggie Pizza with Mushrooms, Sweetcorn, Green Peppers and whatever else takes my fancy and when Daddy gets home he can top his own Gluten Free Pizza with whatever he wants too.


Honestly my Mum will probably go to Ikea for her Lamb Shanks until there are either no lambs left in the world or Ikea closes it's doors after a failed attempt at taking over the world, or they stop doing the Lamb Shanks on the family price deal. The third one is the most likely scenario if I'm honest but it's fun to think that Ikea might try to take over the world... 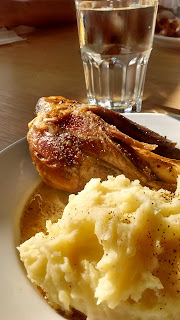 
A few years ago, Daddy and I purchased a BBQ as my birthday gift. The idea was, if we spent a fair amount of money on a decent BBQ we'd use it more. For the first few years, we did use it more but then suddenly we stopped and I'm not really sure why. Today however I'm getting it out of the Garage and we're cooking Salmon and Potatoes on it.

It is one of my favourite meals to cook on the BBQ and I think that I might add either some Grilled Pineapple to the BBQ whilst we're eating our main meal for a pudding or possibly some cookie dough to BBQ up some Cookies. Either way, I'm sure we'll have a lovely BBQ meal.


Top Ender will get back from her Adventure Day today and so I'm expecting her to be wanting a warm shower when she gets in and then some comfort food. BB says the most important comfort food, to his mind at least, is Lasagne and so we're making a Lasagne.

My plan is to actually make a couple, possibly more and freeze one for later eatings and possibly give another to someone who needs a meal. Depending on what is going on we might even get round to finally having the Missionaries round again. Last Summer was great as they came round quite a lot and I think that both Tops and BB got a lot from the time spent with these dedicated young men.


Big Boy asked for Sausage and Mash one night this week. With it being Summer however, I wanted to give it a twist. Instead of doing traditional mash potato, I'm going to boil some new potatoes and crush them, with the skins on for a mash that isn't quite mash. I think it'll be quite nice.


What are you eating this coming week?
Food Main Meal