- July 30, 2015
I'm still pretty sure that every Craft blog post I start mentions how uncrafty I am. So, I apologise for once again starting like that again. With that in mind, I also need to apologise for having got really far behind with my Bostik Blogger Crafting. I think, it's because I'm not crafty that I fear using the craft items and so I leave them in a pile (after scrawling the month they are on the box) and eventually get round to them... 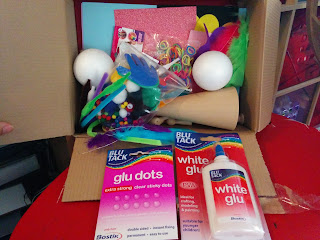 The theme for the month was Monsters, which didn't give me much to go on. However, Big Boy has been after a new book mark after deciding he really loves my Alligator/Crocodile book mark. 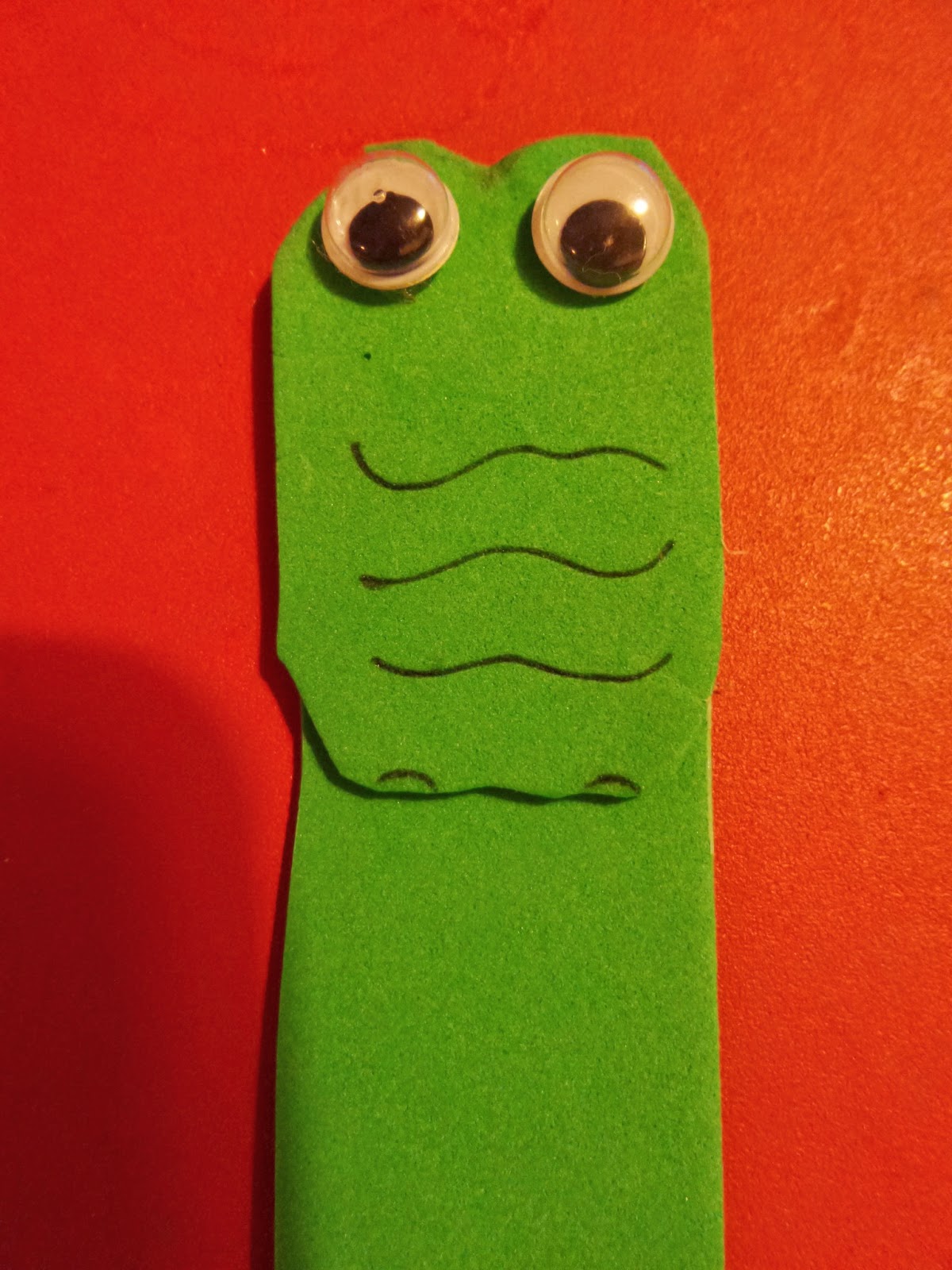 So I decided to make him a bookmark. 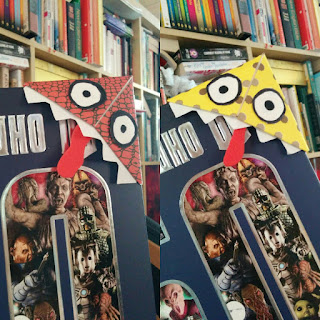 I used an old paper folding technique (that sounds clever doesn't it) to make a corner bookmark, using two different pieces of paper that were in the craft box, a sort of lizzardy reptile skin in red and a shades of brown spotty one in yellow. 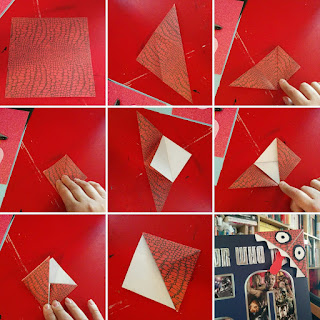 After folding the paper, I stuck on embellishments using Sticki Dots. I'd drawn some eyes and cut out some pointy teeth and stuck in a foam tongue, making sure that they were stuck to the front and not the back, so they could still be used to mark a page. 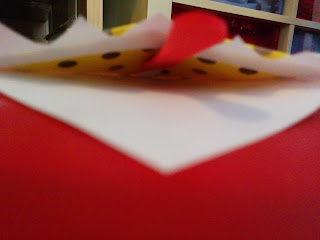 BB loved them, his favourite was the red (as it is his favourite colour) but it inspired him to make his own monster and so after rummaging in the craft boxes he found a cone, some tissue paper, some fluffy pom pom things and made this! 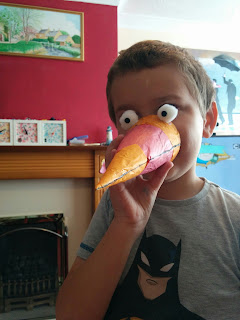 It is a little freaky, I think it's the eyes that do it, but it's also totally adorable because behind the mask is my very adorable son.

The box of craft items was provided to free of charge by Bostik as part of the Tots100/Bostik Craft Bloggers Club.
Books Craft Family Life Sponsored Post