Cheese - What You Want To Read

- July 09, 2015
A few days ago, I asked my friends on Facebook if they were to read a blog post written by me, what would they like it to be about? This is one of the posts, based on those suggestions.


As far as I'm concerned there is only one type of Cheese worth discussing in great depth on this blog and that's the sort that is the overly sentimental music, films, TV and chat up lines. You know the sort of thing, it's the kind of stuff that we love, but pretend that we don't and then secretly spend hours watching and listening to at home.

The largest collection of Cheesy Music in this house, actually belongs to Daddy. I know, he doesn't look the sort does he.

Who am I kidding?! This is the man who has already admitted in public several times that he loves Eurovision, aka the ultimate in Cheesy music and that every year he watches the show scoring the acts and even plans on attending the event one day in the future. 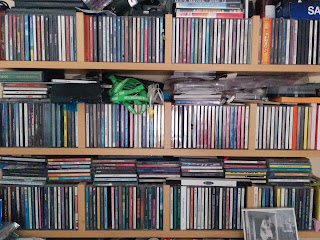 This is just a small selection of our CD collection, we've got a lot more in storage, but we can access nearly all of it digitally which is useful as it means wherever we are in the house we can listen to our music, whether it is cheesy or not!

For me, I think one of the ultimate cheesy artist is Richard Cheese and I will admit to listening to his lounge style version of classical and contemporary Pop a little too often whilst doing the housework.

Cheesy Films are my forte.

I love those everything in the end turns out great kinda movies that are made just for TV and occasionally for the big screen. There are a few that I haven't seen however, Titanic is apparently major cheese but I've never seen as far as the boat sink let alone the erm you know that steamy scene. Yes, I know all about it despite not having seen it.


The most cheesy film was shown on Lifetime recently in the States and it will be shown on August 6th here in the UK. I CAN'T WAIT. So you know what I'm talking about, see the trailer below. Trust em if you love Cheese, you'll love this trailer.

Cheesy TV. Let me think. Golden Girls, Saved By The Bell, Boy Meets World, Sliders, Cheers, Roseanne... look if it was on in the 80's or early 90's it was probably Cheesy. Well, at least by today's standards anyway!

Cheesy TV is the viewing equivalent of mashed potato. It's comfort food for the eyes and soul!

And lastly Cheesy chat up lines.

Most cheesy chat up lines are the sort that you'd roll your eyes at, things like

Seriously, isn't that the best chat up line?

So what's your favourite type of cheese? Let me know in the comments or let me know if there are any cheesy movies or music you think I should check out!
Family Life Music What You Want To Read