What We Are Eating this Week (W/C 18th July)

- July 18, 2015
I really love making my meal plans and I'm so glad that Leoni-Fay asked me to start publishing them again. It's so much easier for me to see what we're having for our evening meal when we're out and about and I don't have to worry about adding the meals to my calendar to help me to remember! So the start of this week is the last few days of School for Top Ender and Big Boy and I'm starting to get really upset because it's the start of a new chapter for Top Ender and I'm not ready for this one to close! 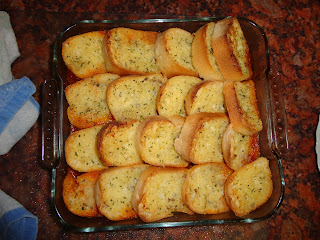 I'm going to post the recipe for the Baked Sloppy Joes tonight, as Daddy suggested that you all might enjoy it. We based it on the BBC recipe, but we've made some changes.


We're in London this morning watching Inside Out, but after Tops and I have gone to Church we'll be back ready for a lovely Family Roast. This week we're going with Pork, because I really really really fancy some proper crackling!

I am going to ask that we have Mashed Potato instead of our usual Roast Potatoes as I really fancy that too!


Top Ender loves Mac and Cheese. She doesn't always love my Mac and Cheese, but I figured that if I make a version of the Bernard Matthews Cajun Crumb one that it'll go down a treat and I'll be well fed as it will be served with a Salad and knowing my children Garlic Bread!

It's also a good and quick meal as the Year Six children, of which Top Ender is one, are doing some kind of event for us this evening and so we need it to be quick as we'll be late home.


I've said it before, I do both the shopping and the meal planning and for the most part the cooking so I get to pick what we eat. Tonight we're going to have Fish Pie and I'm going to do it with eggs in because as we've discovered that is a much nicer way to add extra protein to the meal and it tastes amazing.

I'm also going to do what my Chef cousin suggested again and cook the fish in the white sauce instead of just the milk, as it tastes way, way better.

Wednesday - Chinese or Indian Take Away

So we're planning on celebrating with a Chinese or Indian Take Away for us all!


The first day of the Summer Holidays for us and for our evening meal and we're planning on having something fun and quick. Big Boy was watching a cooking show the other day on the Disney Channel and has decided to make dinner himself tonight.

He's planned to make Cowboy Casserole, which is great as it's easy and tasty!

I'll serve it with plenty of fresh bread, which we can make during the day as a Summer Holiday Treat.


On a Friday, Daddy finds that the trains seem to run a little faster and he gets home a little earlier. With the children also not having to go to School the next day (well normally, as it's more often not the Summer Holidays than it is the Summer Holidays) we like to eat together, So tonight we're having Pippa Paella as it cooks away on it's own and will allow the children and I time to do some Summer Holiday fun rather than cooking all evening. 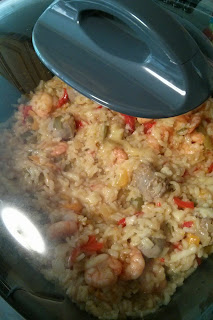 What are you eating this week?
Main Meal Meal Plan