- July 08, 2015
When we went to Legoland a few weeks back, Top Ender saw a new Lego set, that she hadn't heard of before. At the time we made a mental note to research it a bit more and to check out packs in our local store when we had a chance. A week or so later, Tops, BB and I were in the Lego store and she was examining all the sets that the store had from the Lego Elves range and talking with the Staff to work out the back story of the theme!

The story for the theme is that Emily Jones is an ordinary girl, mourning the loss of her Grandmother, when she stumbles upon a mysterious portal in her grandmother’s garden, that takes her to the magical world of the Elves. Of course all Emily wants to do is to go home and so with the help of her new Elvish friends she begins a quest to find the four keys that will open the portal to take her home.

It's a cute little story right?

Well, Top Ender thought so too and started thinking about how she was going to save up enough to buy all the sets as well as everything else that she likes to buy herself. Top Ender even created a pinterest board showing what she was after!

A parcel arrived for Top Ender a few days ago. Inside, was Aira's Pegasus Sleigh from the Lego Elves range. 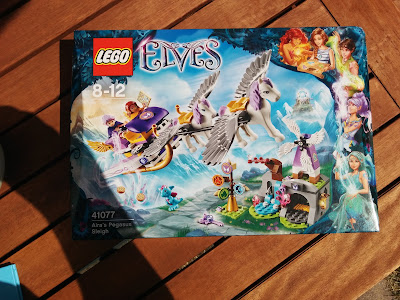 Top Ender was thrilled when she got home and as soon as she was able she was sat putting the set together. It was the first time that Top Ender had decided that what she really wanted to do was to put the set together herself as well as play with it. She cleared a space on her Lego Table and refused all offers of help. 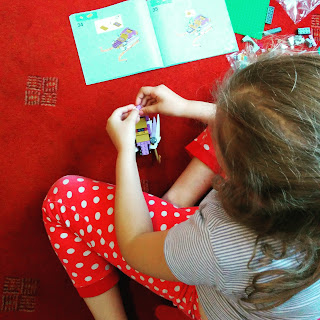 The next day, I found that Top Ender had quite marvellously put together the three items in the set and had even set them up in the garden for me to take photographs of! 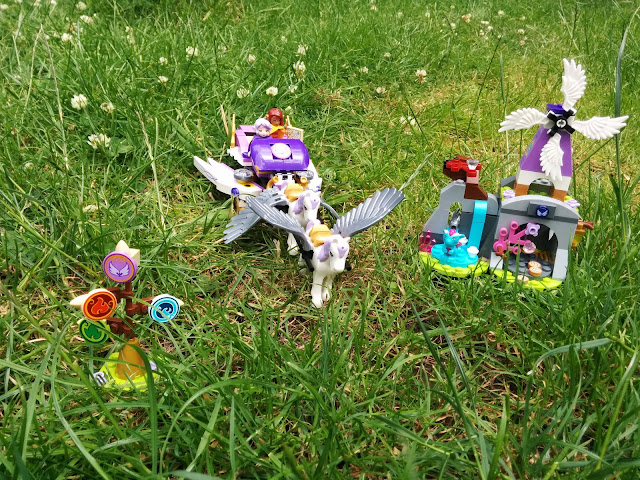 Top Ender loves the set, and has marked it on her Pinterest board as being owned and it now sits pride of place on her Lego Table. I just hope that her adventures for Emily Jones are as fun as the ones I'm hoping that she, BB and I have planned for this Summer.

We were sent the lego set to review.