Kittens - What You Want To Read

- July 07, 2015
A few days ago, I asked my friends on Facebook if they were to read a blog post written by me, what would they like it to be about? This is one of the posts, based on those suggestions.


I'm assuming that the Kitten post that was requested was a request to know more about the two little Kittens that we have here with us, rather than a general post about Kittens, but who knows!

Since the Kittens arrived, things have moved along fast. I think the disappointment over the death of Strawberry, Panda and Moses Junior was exacerbated by it being our first time of having a pregnant Queen and not really knowing what we were doing or what we were expecting Peach to do. Having spoken with people online, in Cat forums and the like, we did exactly what we were supposed to do and the three Kittens dying wasn't anything that we could have prevented but was more than likely due to Peach being quite small and giving birth to five kittens in her first litter meaning that the three Kittens that died were smaller than they could have been and of course weaker. 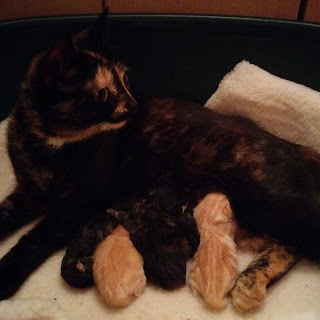 If we were to have Kittens again, we would be much more prepared and hopefully so would Peach.

Mario Junior and Harry are still tiny jellybeans of doom sorry fluff. Peach will occasionally come and drop one of them off with me or will meow a fair bit before she disappears off into the garden. I think that she is expecting me to be her babysitter... not that I'm complaining! 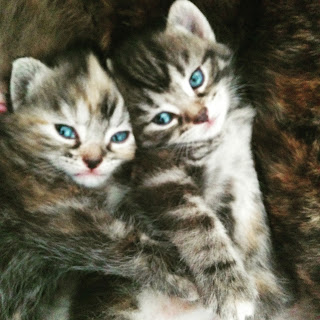 The Kittens are being great, they are growing each day, but then again if I spent most of my day sleeping or suckling I think I would be growing at the same rate too! 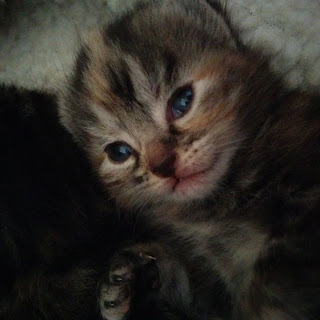 The Kittens are starting to find their feet. It's very cute watching them start to learn how to push themselves along, instead of the kind of clawing drag that we got used to in the first couple of weeks of their lives.


The Kittens already like to play with each other, they chase each other round the bed they tend to spend most of their life in and bat each others paws away. They are quite cute together but I have no worries about them being happy if they go to separate homes when they are old enough to move out. 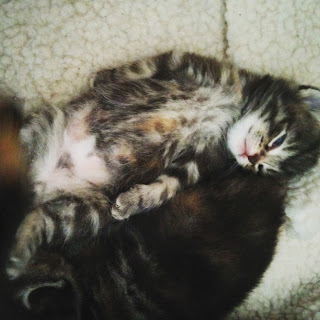 The Kittens spend a huge amount of time cleaning each other, they've learnt from their Mummy and they're trying very hard to copy her, practising on each other and I'm sure the biting that appears to be going on is actually just them trying to clean each other... at least I hope it is and that they aren't just trying to eat each other! 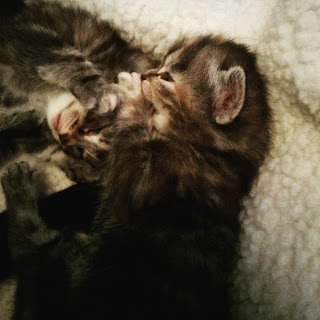 So, that's how the Kittens are doing! I'll update more in the next few weeks before they go their forever homes I promise!
Family Life Pets What You Want To Read