- May 08, 2017
I don't know if you love Instagram as much as me and my family do, but we honestly document almost everyday of our lives on the app. I think that it is programmed into u, because ever since I was a child, looking at photographs of my family was a huge thing, my Nan would get out photo album of the family and together we would sit and pour over them. Asking questions about who was who and where they were taken and just generally learning about these family members.

These days, we don't tend to print off pictures, they stay on discs and in the cloud (although I do have several photo albums and I'm working to ensure we have some from current photographs too) and we don't look at them past the time that we checked that it came out okay.

That doesn't sit well with me.

One of the apps that we love in addition to Instagram is Monthly Collage, where they take your Instagram images, work some magic and bam! A collage appears in your email at the end of the month/start of the next month and the email enables you to look at the pictures that you've taken and shared via the app. 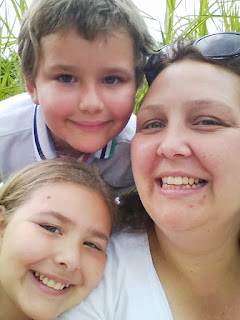 We love looking at the pictures as they remind us of the fun we got up to the previous month and let us reminisce over what we got up to and of course plan some similar experiences for the upcoming month. I thought I would share the photos from mine, Top Ender's and Dan Jon Jr's Instagram feeds because there are so many great pictures and memories included and mine (PippaDAMR) is up first. 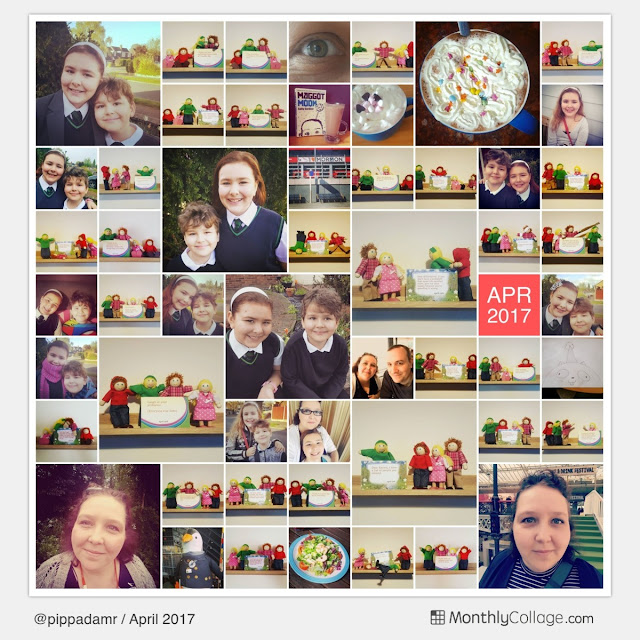 So for me the quotes dolls, the Christmas gift from Flyfour feature quite heavily, but if you look you can also see plenty of pictures of the children, a couple of selfies and the odd shot of food and drink!

Top Ender's collage is next. 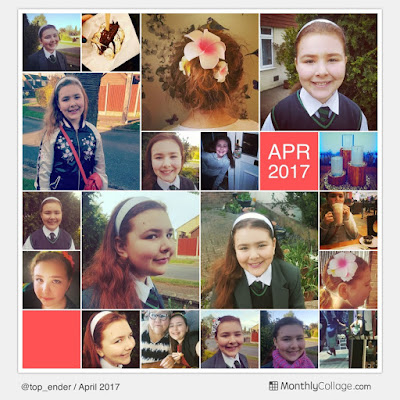 Now, see that large photo in the bottom left, where Top Ender is sort of looking at you from an angle? Right, that picture has driven us CRAZY! For some reason, the likes on that photograph took off and as of my birthday she had 103 likes on that one picture where she normally only has between 20 - 30 likes per picture!

We have no idea why, but it was a lovely picture!

We also love that Top Ender's pictures feature a sneaky snack and drink, she really is her mother's daughter.

Dan Jon Jr's collage is last, but just because he is the youngest. 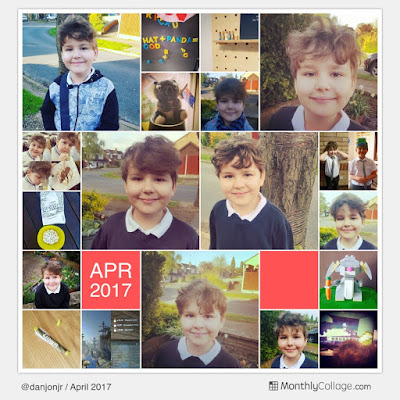 Dan Jon Jr's (again features food!) is much less about the perfect Selfie and more about expressing the fun that Dan Jon has in the course of a month. Silly jokes (the crayon one), things he's built or been given or just having fun at Church.

Do you have photo albums that you look at or are you a little like me and wish you could, but just forget to print the images out? Let me know your tips and tricks in the comments!
Family Life