- May 04, 2017
Top Ender and I love the film version of Mamma Mia! and when we heard that it was coming into town over my birthday, we were very excited, even more so when Milton Keynes Theatre gave us two tickets so we could review the show.

I think by now, everyone has seen the film and so know that the story is of Donna who is preparing for her twenty year old daughters (Sophie) wedding unknowing that along with the invited guests, Sophie has invited three men that Donna slept with roughly 21 years ago, in the hope to discover which of the three is her Father! Again, as most of us know it's set to the music of ABBA and is the sort of sing along, dance along, bop in your seat along that cheer everyone up. 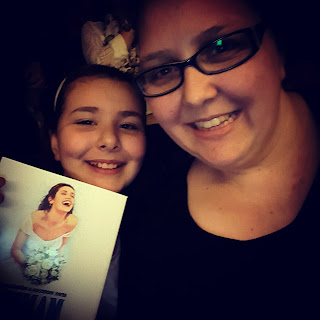 Which is why Top Ender and I have rather little voice this morning and are feeling a little stiff, but still have giant smiles on our faces! I found out a little known fact too, did you know that Mamma Mia! was the first Western musical ever to be staged in Mandarin in the People’s Republic of China? Yeah see, you do learn at the Theatre!

So, anyway. With the show being in part about a mother and daughter relationship, Top Ender and I thought it was rather lovely that we were both going to see the show together, and I did get a little teary at the rendition of Slipping Through My Fingers. 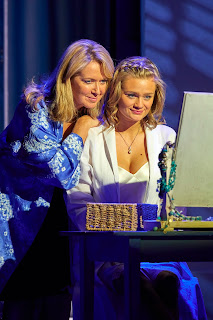 Watching the stage show is honestly like someone giving you an energy drink. From the second we set foot into the auditorium we were bouncing along and joking with the people in the seats around us. Out in the foyer during the interval, everyone was in high spirits and it was a really lovely atmosphere. 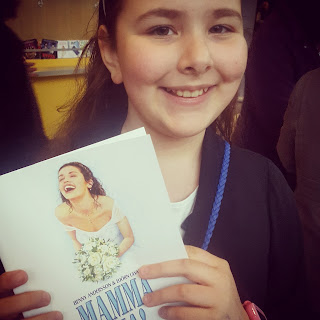 Top Ender and I had a blast, we had already decided that thanks to my diet we wouldn't have an Ice Cream but we managed to have a couple of bottles of water and may have accidentally eaten a pack of sweets each! Although mine were Flying Saucers so a few less calories than the pack of chocolate buttons that I was really eyeing up.

Even those who don't know the story of Mamma Mia! (I'm sure there are people who haven't seen it yet) will recognise the music because everyone knows the music of Abba and that's why we're listening to the soundtrack this morning (original cast recording) and might be driving Dan Jon Jr slightly crazy with our dance routines.

If you are taking younger ones to the Theatre to see it, then please be warned that there are a lot of sexual references, innuendos and moments where possibly you'll be squirming in your seat because you get the references but your younger children don't. Which was certainly the case for a family sitting near us. Also, as is now tradition with these sorts of sing along musicals, the last couple of numbers will require audience members to stand and sing and dance along because that is what everyone around you is doing and it's the only way to survive or as Top Ender says the only way to see! 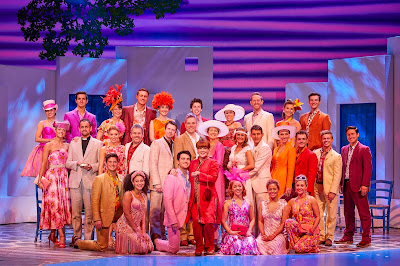 Oh and just before I go, the best two performers in the show are Pepper played by Louis Stockil and Rosie played by Gillian Hardie, who are the comics of the friend groups and my own personal heroes.

Mamma Mia! is in Milton Keynes Theatre until the 20th May and on tour around the UK find out when and where on the Mamma Mia! website and let me know what your favourite moment in the show is.