The Birthday Walk At Wendover Woods

- May 03, 2017
Flyfour and I both have an app on our phones that show us photographs from this day over the last well, at least ten years. Our daily photos from our phones (and the children's) are backed up to it and basically on any given day we can look back over the last few years and see what we got up to.

One thing we have noticed is that we tend to do the same thing each year, coincidence or not some of them have turned into tradition, like my Birthday Walk, which we either do on my birthday (May 2nd) or on a day close to it. This year it was on May 1st (My Mum's birthday!) as it was the Bank Holiday Monday and of course come the Tuesday, the children were at School and Flyfour was at work.

Flyfour suggested we go out to Wendover Woods, as we hadn't been there for a while and so we headed off in the morning after we had wrestled Dan Jon Jr off the Xbox One! 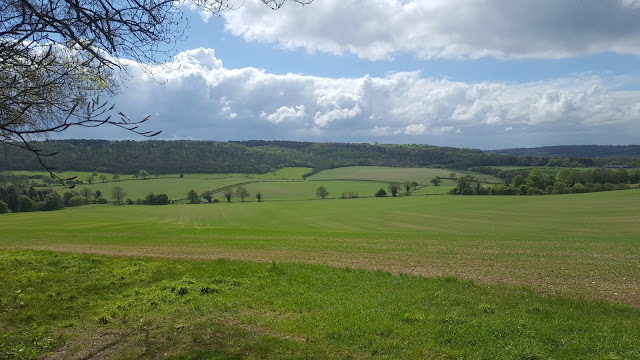 As was expected, the car park was really busy, with several families also deciding to take advantage of the extra day and spending it having a barbecue or walking around the woods and enjoying the food at the onsite cafe. Seeing as it is only £1.70 for two hours parking, it's rather a bargain and local families might find the Discovery Pass a benefit as for £42 you get free parking for a year and a few other benefits thrown in too.

We decided to follow the Firecrest trail, which was the purple route and only 2.8 miles, which we figured was a nice walk for us as a family and set off, hoping to see a Firecrest or at least hear one but we soon forgot about that as we made up our own jokes, looked for bluebells and enjoyed the open air.

Despite the woods being busy with lots of families enjoying a hike or outdoor time the woods weren't crowded (probably something to do with them being 800 acres) and apart from a couple of whistles from families who were walking their dogs off lead, it was pleasantly silent with nothing but bird song and our conversation being heard. 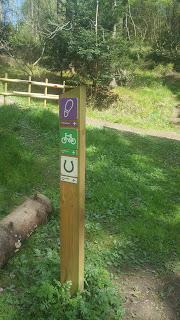 Dan Jon and I walked together most of the time and he was amazing fun taking photographs of things that interested him, which included me a few times so I knew I was loved! I think the part that Dan Jon loved the most was when he started a favourite sound clip of his and the sound of Screaming Goats sort of echoed around the trees, leaving us in fits of giggles. 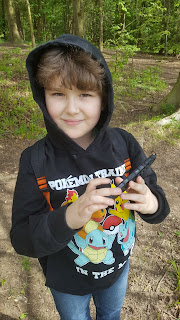 Top Ender was hilarious, and every time she spotted a bench in the distance she set off jogging to it and enjoyed a nice rest whilst the rest of us caught up with her. At one point, we had been joking about being knocked over by a giant boulder because of the area we were walking in being surrounded by rocky looking mountain face (well not really a mountain, more a small hill) and she sat on a bench play Giant Boulder Of Death at full volume! 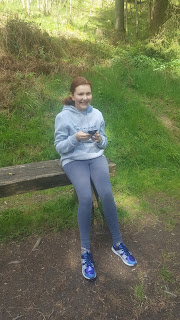 Towards the end of our walk, we came across The Gruffalo! He was looking rather handsome and not that fierce, but seeing as there were lots of little children around, I couldn't stop and take a selfie with him and so just managed to grab a quick snap of him. 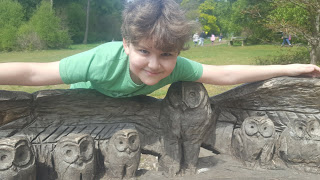 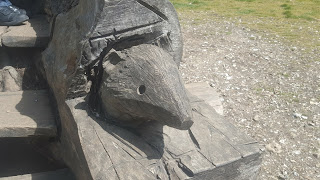 The whole day was a lot of fun, we bumped into friends (who were just starting their walk) and managed to navigate the very busy car park to exit the Forestry Commission park before heading home (well via a corner shop to buy an ice cream each!). 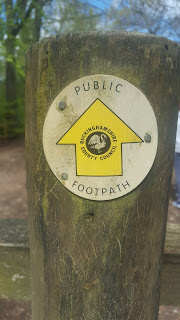 The walk reminded Flyfour and I how much we enjoy being out and about, so expect to see more local walks and woods posted about in the near future, I just need to invest in some decent walking boots... anybody got any recommendations?
Birthdays Family Life Free Days Out Health Hobby Spring Weight And Fitness