- June 18, 2017
I'm hoping that nobody here reading this blog post is in my ward if you are then
PLEASE LOOK AWAY NOW
and come back after Church! I don't want the surprise of the gift to be spoilt.

This year the Primary Presidency (me, and three others) took the task of organising a gift for the men in our ward (Parish) for Father's Day and we had a lot to live up to seeing as how for Mother's Day the Elder's Quorum President got every woman over the age of 13, a Lindt Chocolate bar and a red rose. 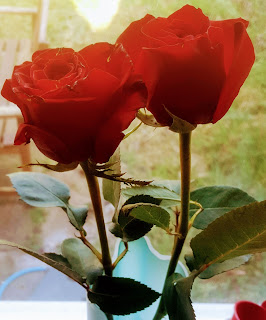 The roses and chocolate bars were presented by the young men of our ward and it was quite a sight to see the boys, aged between 13 and 18, handing out the gifts and it brought a tear to many an eye! Okay, so my eye. I cried as they gave them out and I'm not even related to any of them! Saying that I do love each and every one of them as I have got to know most of them really well over the last few years.

So, knowing we had a lot to live up to, we had thought about what we wanted to and for some reason, we were way on top of it, to the point where we decided months ago what we were going to make... I think it may have had something to do with that we'd already made something similar late last year for the Priesthood Preview handouts for the boys in Primary who would be going up to Youth this year, but we'll pretend it wasn't and we were just super organised okay?! 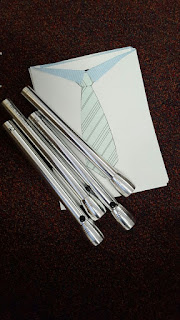 I always feel bad asking my counsellors to spend their time doing the grunt work, especially when apart from two afternoons a week where I volunteer at a local School on a regular basis, I'm free most of the time.

And you would have seen a little production line going on where I've been cutting out paper ties. 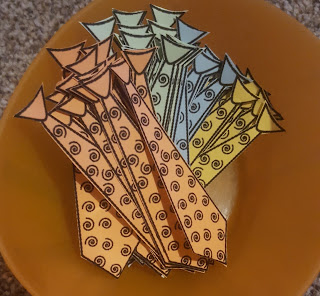 And where I've been cutting slits into envelopes to later fold them and make them look like shirt collars after I've been sticking ties to the envelopes. 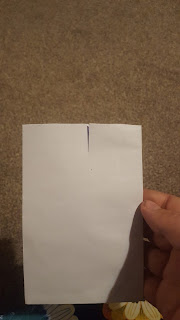 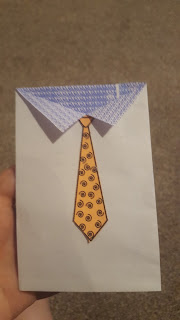 And finally, I've been stuffing sweet treat bags into the envelopes! 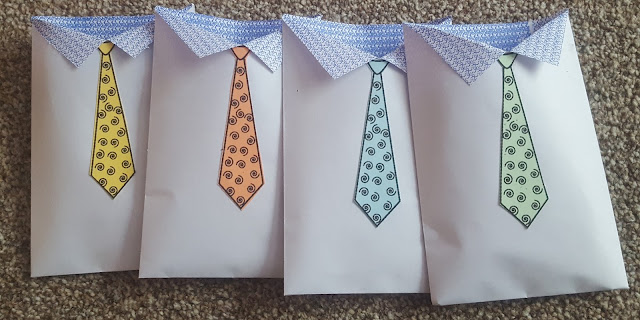 I think they've turned out rather cool don't you? I can't wait for them to be handed out this afternoon and hopefully, for a couple of leftover bags that will make their way into my handbag... I think I deserve them seeing as how licking the envelopes shut turned my tongue BLUE! 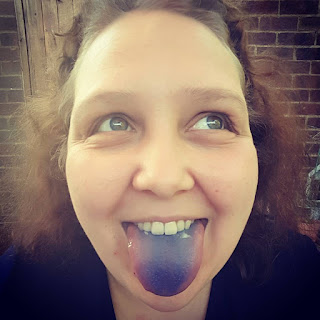