You Probably Think This Blog Post Is About You

- June 15, 2017
How many times have you walked past a group of people and thought they were talking about you? You know how they stop talking as you draw near or make excuses to leave as you join them?

How many times have you read a blog post or a tweet and sat there thinking that it was about you? Well, this post isn't about you and if you think it is then your a bigger narcissist than the person* this is about.

Sometimes it isn't all about you, believe it or not, nobody sits around talking about you.


The world is a big place and there is more than enough space for us all to be who we want to be without everyone claiming that they had the original idea first.

And even if they are copying you imitation is the sincerest form of flattery.

It doesn't matter what you think or how you behave if a spade is a spade believe it or not others will see it as a spade.

Not everybody knows who you are, you aren't that important.

Not everybody is out to get you.

And even the people who you think are probably don't even know who you are. Now stop sitting there feeling sorry for yourself, get off that rather large posterior of yours and do something. 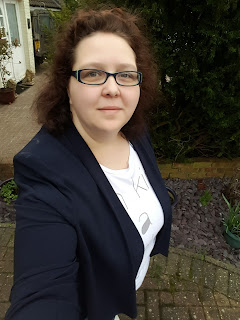 *And just so we can be perfectly clear this is about me and my own stupid insecurities.
Blogging Family Life