- June 01, 2017
Recently I was sent a new book written by Benjamin Ludwig to read and of course review. It's a story about a fourteen-year-old girl who has been adopted, who has been sent back into the foster care system, adopted, returned, adopted... you get the picture. By the time we join Ginny, she is in her fourth forever home and things are, well things are possibly not going as well as Ginny or her new adoptive family would hope. 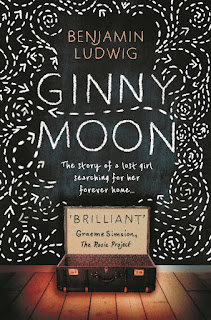 Oh and Ginny is Autistic. Yes, it is an important feature of the book but I wouldn't say it is the defining feature of Ginny.


Now, I need to explain something before I fully go into this book review. When I was a child, not too dissimilar an age to Ginny, I found out that the world can be a pretty terrible place. My Parents had taken the risk of becoming Foster Parents and we had children come and live with us from lots of different situations.

I knew a Ginny.

Rather I knew lots of children in very similar situations to Ginny and of course, this may colour the way I read the story and of course the way I reacted to it, which was for half the time in tears and the other half in wonder and shock. There are many "heart in mouth" moments, but it's done in such a way that you are invested in the situations, you really care about the characters (well mostly Ginny) and want them to be safe.

Ginny was taken from her Mother's care, because of mistreatment and whilst we don't know the full details at the start of the story, we start to piece together more and more as her backstory is slowly revealed and it breaks your heart.

Ginny herself is a force of nature, even if she is socially awkward because of her Autism. Things with Ginny are exact, she has to have nine grapes with her breakfast. She has to be in bed at 9 pm. She has to know what is happening and when. This is made really clear throughout the book, with each chapter showing us the exact time that situations are taking place, but is also handy for us as readers as we too understand how Ginny's mind works, how she perceives things and how anxious she feels when something isn't right. 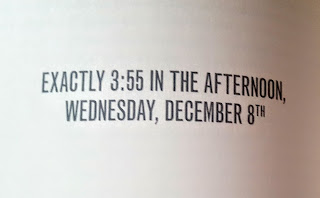 Since being forcibly removed from her Mother's care, Ginny has been worried about her Baby Doll that she left in a suitcase under her bed and despite others having looked for it, it hasn't been found. Finally, with some help, Ginny manages to contact her mother to ask about her baby doll via the internet (Facebook isn't always used for good people!) and all she wants is to return to how she last remembers things. She understands that things weren't perfect, but it was what she knew and it doesn't matter if she has to lie, steal or plan her own kidnapping, but she is going to get back to how things were when she was taken from her Baby Doll and her Mother.

And funny enough, a lot of children in the Foster system feel the same way. It's perverse, but these children know one thing, and changing that one thing, their whole life is really hard.

The family that she has been adopted by, her third Forever Mom (Maura) and Forever Dad (Brian) are unexpectedly expecting a baby and so they are trying to help Ginny to prepare for this and it's here where our story starts and where things start to go wrong again. I won't say that the new baby coming exacerbates the problems that are already there, because I'm sure even if her Forever Mum hadn't of been pregnant that the situations would have played out in a similar way but it certainly seems to be a catalyst and well, sometimes things are hard when you have a new baby and you do things that make you into a villain in some stories.

I cried several times whilst reading this story. I've cried several times after having read this story and I think that I'll cry again in the future thinking about it! It really hit me hard in the feels, not just because of my own personal experiences, but because Ginny really seems real and so does the whole world in which she lives and we read about. I think that the story seems so real is because Benjamin Ludwig has based the story on his experiences of being a Foster parent and to an autistic teenager and those of the other families he met at the same time. I certainly saw some of the children and adults I knew in the book.

I must admit I did guess a large portion of the story in advance of it being revealed in the book and having spoken with others who have read the book, they didn't guess as much as I did but it does have a somewhat predictable plot, but that's okay as like Ginny I like to know what is happening in advance too.

The book is released today, it only took me a couple of hours to read (mainly because I didn't want to put it down) and once I had finished it, I read it again straight away!

Ginny Moon is published by HQ and has a RRP of £12.99 for hardback and audio.

I was given a proof copy to review.
Books Review