- June 24, 2017
I've decided that it is too hot to go shopping, think about meal planning AND that we have too much going on today for me to actually go out food shopping (think builders taking over the downstairs of the house and we're decorating Dan Jon's bedroom too) and so I've quickly looked at what we had in the larder, the fridge and the freezer and meal planned around that! 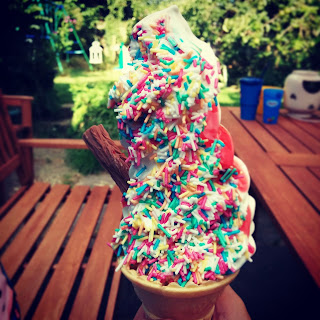 
We were supposed to eat this during the week, but it was hot and there was no way anybody was cooking so we decided to eat picky bits and leave this for whilst watching Doctor Who! If there is any leftovers, we'll eat it for lunch tomorrow or I'll give it to the children on Monday for their packed lunch.


We love BBQ Chicken and so it has been appearing on the meal plan over the last few weeks as I'm sure you've seen. Flyfour is going to cook it along with chopped up potato and carrots and whatever else is in the freezer because he is a wizard!


I figured a veggie curry would be good seeing as we have a TONNE of frozen veg in the freezer and so it makes it a quick and easy and tasty meal! All I need to do is throw some Onion, Chopped tomatoes and Curry Powder and it'll be lush!


We have Spaghetti in the cupboard and we have a jar of sauce. We'll mix the two together and wahoo! An evening meal fit for a family of four who are eating out of what they already have in the house.


We have frozen Cod in the freezer (good place to keep it right?) and a pack of bacon, so if I wrap the cod in the bacon and steam it in parcels, I can serve it with green beans and probably some mash or Butternut Squash (again plenty in the house already!).


I'll keep some of the bacon from last night back and after having baked some jacket potatoes, scoop out the flesh, mix it with some butter, cheese, mushrooms, onion and bacon and stuff it back in the skin before baking again. I'll use some fresh chives from the garden for garnish.


I was going to make a Cauliflower/Broccoli Cheese Bake, along with whatever other veg I have hiding (sure there is some Spinach there somewhere!) and if there is some gammon leftover I'll throw that in too. If not maybe some leftover bacon, or some tuna or ham from the children's sandwiches... look just anything that hasn't been nailed down!

I'm sure it'll be lush and if not I'll bribe the children with popcorn to eat it. 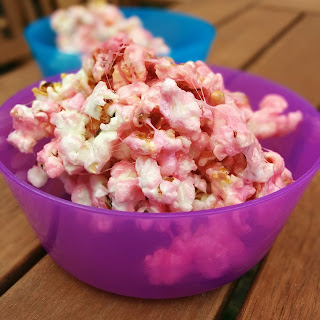 So that's what we are eating this week, what about you?
Family Life Food Main Meal Meal Plan