- July 10, 2013
My Mum brought my Sister and I up listening to Country Music, amongst a whole range of other types of Music, but it was Country that really spoke to me. I loved the stories that were told and the seemingly simplicity to the music. Even Daddy has a soft spot for Country, and is often heard humming a few of his favourite tunes. When I saw that two of my favourite actresses were going to be in a show about Country Music and set in the home of Country Music, I knew I was going to watch. The main story of the show is about an older established Country Star, Rayna Jaymes (played by Connie Britton) who has secrets and family issues being pitted against newer Country star Juliette Barnes (Hayden Panettiere) who has her own family issues and secrets too. 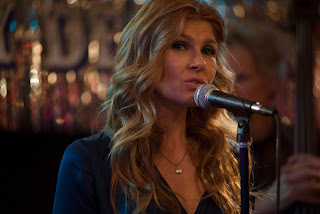 The two dislike each other, but need each other to be a success after being thrown together by their record label. As each battle between them is won or lost, nobody is quite sure if the personal losses they suffer along the way are going to be worth   being the undisputed Queen of Country. 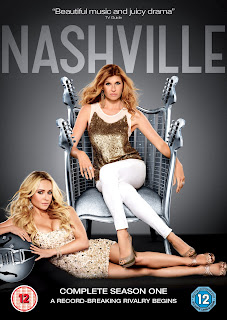 I was hooked, the show is amazing and as the finale was getting closer, I was getting more and more eager to find out how the stories were going to climax ready for a second season. I was thrilled when the complete first season was sent to me to review as it meant I no longer had to wait to find out what happened!

The finale has now been shown on TV and the 21 episodes will be available on a five disc set from July 15th with an RRP of £34.99.

I was sent the box set to review.