Big Boy And His First Low At School

- September 19, 2012
It sounds wrong to say that Big Boy had a low blood sugar reading at School and I was happy about it, but that is exactly what happened. 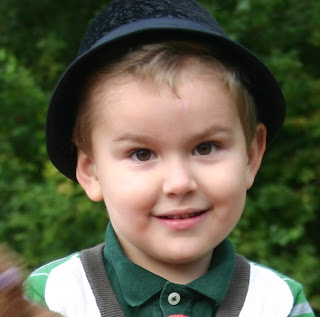 Yesterday was the last day that I was supervising Big Boy having his injection at lunch before the staff at the School take over fully. I had wanted Big Boy to have a low when I was there so that those responsible for looking after him would be able to see how to handle it, to know that it is as simple as giving him some fast acting sugar and then his injection and lunch if it was before lunch, some fast acting sugar and a slow release follow up if it was at any other time and that there was no reason to panic.

They did of course panic.

It wasn't the wild eyed running around that I had imagined, but there was the wide eyes as they realised that this wasn't normal. They knew that they had to act on something, something that they hadn't yet practised and had only read about happening.

I knew they would panic and because I was there and I knew that they weren't going to be ready, I was able to read the panic in their eyes, and react without them having to show Big Boy that they were scared. I felt reassured that they were able to see me react to it, and to see that Big Boy knows how to handle it too. Big Boy was fine, he understands about lows now and knows how to fix them and it wasn't long before he was back with his class, eating his lunch being the little dynamo that he normally is. 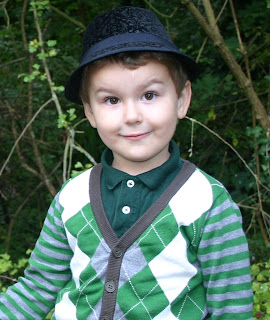 The School are ready now.

They've seen Big Boy having a low, they can see how he goes pale, how his eyes go a little glassy, how he becomes quiet and starts to glisten a little (just me or does anyone else think he sounds like a Twilight Vampire?) and they know that they need to test him as soon as they can when they see this.


Now the two pictures in this post were taken on the same day and not that long apart, but can you see the signs that let us know that in the second picture that Big Boy is having a low compared to the first picture?