- September 17, 2012
Tom Conti. That was all I needed to read to know that I wanted to see Rough Justice. It's not that I have an inappropriately placed crush on him like I do Alan Rickman, it's just that it's TOM CONTI!

The play is a about a television journalist called James Highwood (played by the lovely Tom) who has made a career out of challenging the British Justice system in documentaries (I'd probably watch them if they were real!) and now finds himself brought to court on a charge of murder (his brain damaged child) which he admits to, but pleads manslaughter. For some reason he decides to defend himself and seems to just want to annoy the judge! I don't know much about the courtroom but I'm pretty sure you don't want to annoy the judge. 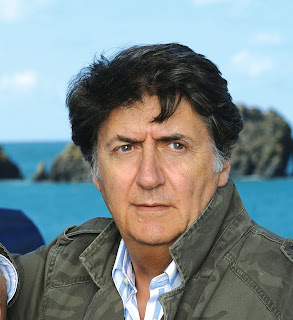 My Mum and I listened to a lot of the audience around us who had different views on the storyline and if James Highwood should be found guilty or not and about the morals of mercy killings never mind the legality.

It was really good. It got the audience talking, Tom Conti was fabulous and I'm pretty sure that there is some valuable social commentary in the play that I'll probably understand in the morning, but right now at half eleven all I can think of is sleep!

We were given two tickets to Rough Justice thanks to Milton Keynes Theatre. Have you added A Mother's Ramblings to your RSS Reader? Make sure you never miss a brilliant lunch or a fantastic family moment.