I had spoken with Top Ender about the meal plans for the week and following an unorganised me arranging for the kittens to have their second lot of injections on the very same evening as Beavers, we decided that rather than rushing cooking a meal and getting changed for Beavers, we'd simply take the meal to Beavers and enjoy a picnic on the field. As expected, following the experience of several picnics with my two beautiful children we had a complete and utter blast. 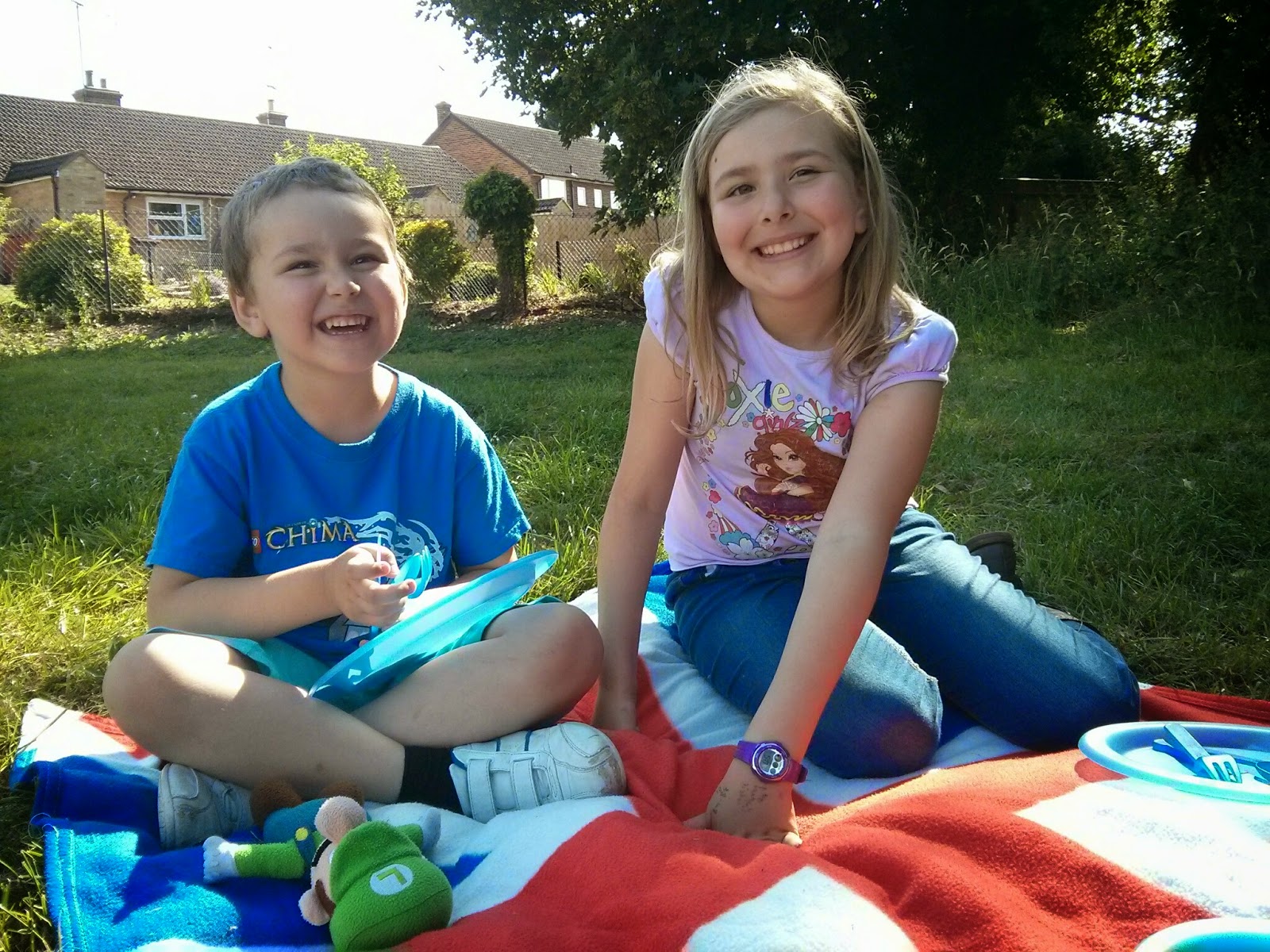 Big Boy tried some still Lemonade and declared it the best drink ever... before pouring the rest of his cup into mine and asking for the fruit juice that he and Top Ender had chosen! 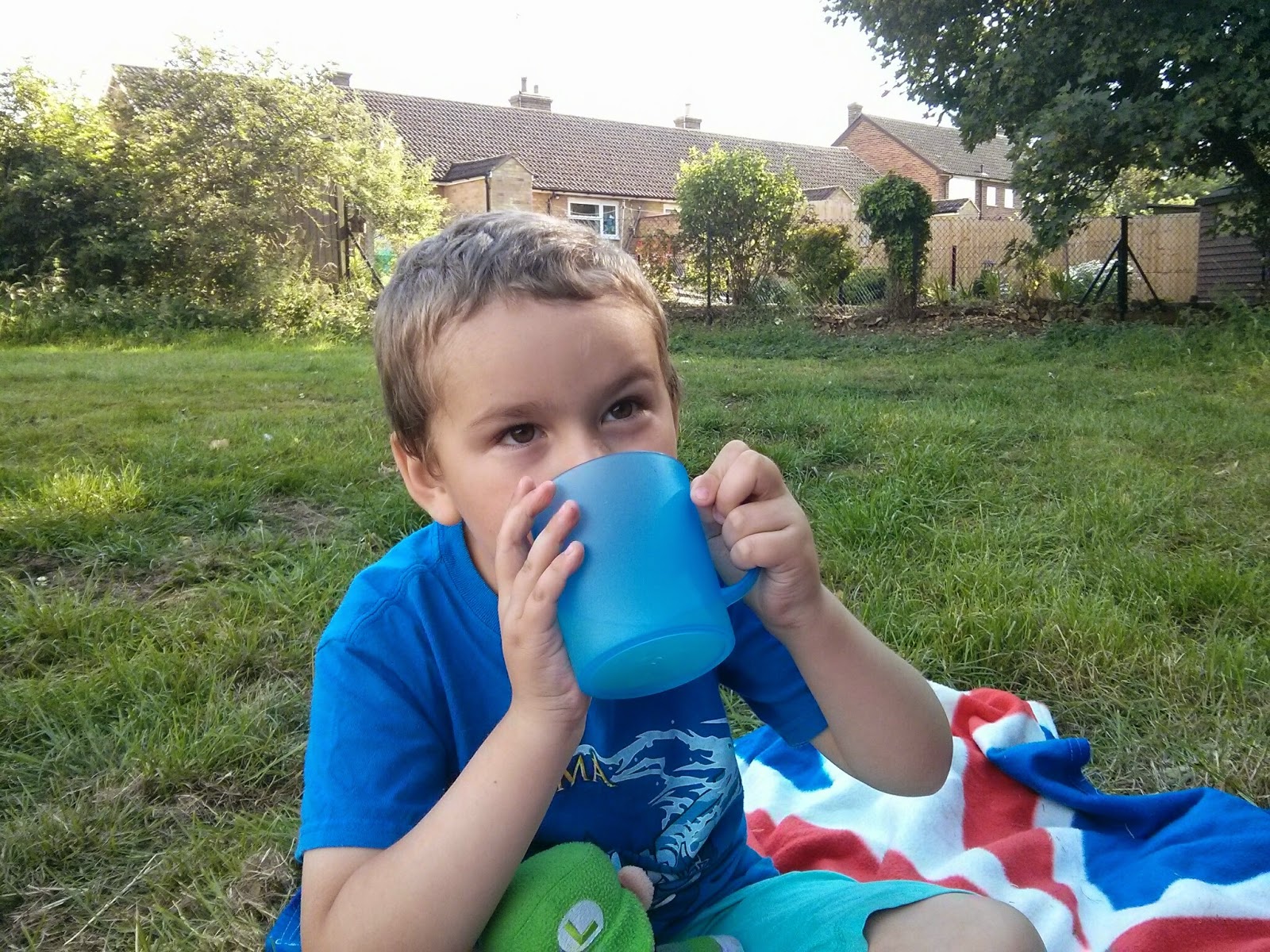 Top Ender was rather impressed with her Whale/Fish shaped sausage roll that she pulled from the tub and spent ages with her new pet Whale/Fish before eating it. 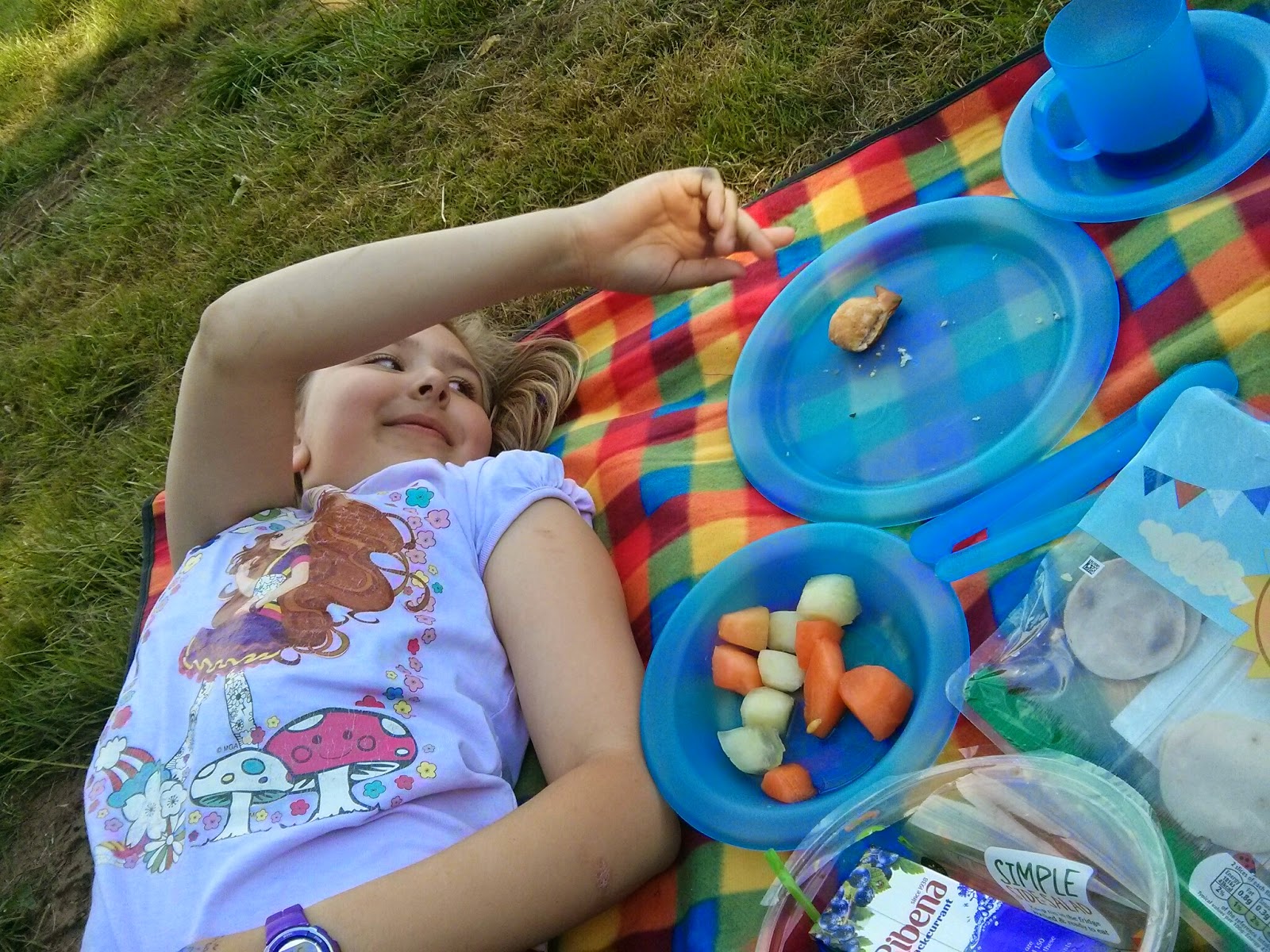 Big Boy thought it was hilarious to eat the heads of the Bears who had also come on the picnic, as he decided that way as you ate them they couldn't talk back! 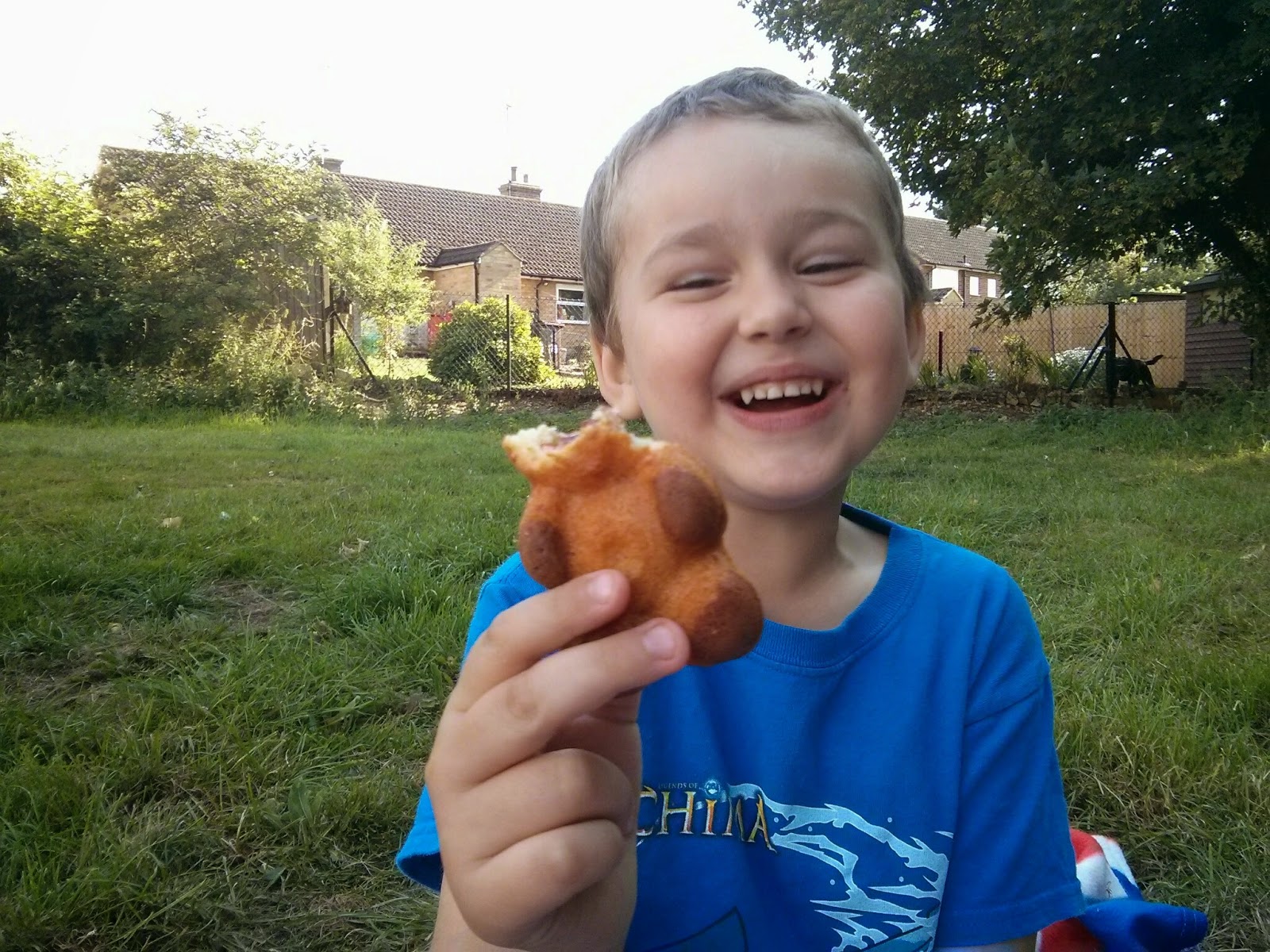 And today the weather has turned a little, well a little bleurgh for what I consider to be the British Summer. So it's looking at these pictures that is reminding me that we should enjoy the sun when we can.

Saying that, who's up for a picnic in the rain?
Family Life Food Summer