- July 23, 2014
I was never really into clothes, make up and different hair styles. Top Ender however is different. She is into clothes and make up and different hair styles and for the most part I respect that and her choices. I let her wear what she wants within reason, I let her accessorise and do her hair in styles that are questionable to say the least!

For the last few months, actually almost an entire year, Top Ender has been after me to let her dye her hair. Each time that Top Ender has asked me I've said No. I've had a millions reasons. You're only nine (well ten now), you can't have your hair like that for School, you can't really have pink hair unless you're a cartoon character.

I've tried to reason with her and come up with a compromise that suits us both. You can have your hair cut into a different style, you can have tips in the Summer, you can  have it coloured with food colouring. We'll get clip in coloured extensions.

Yesterday I gave in and we dyed her hair purple and pink. 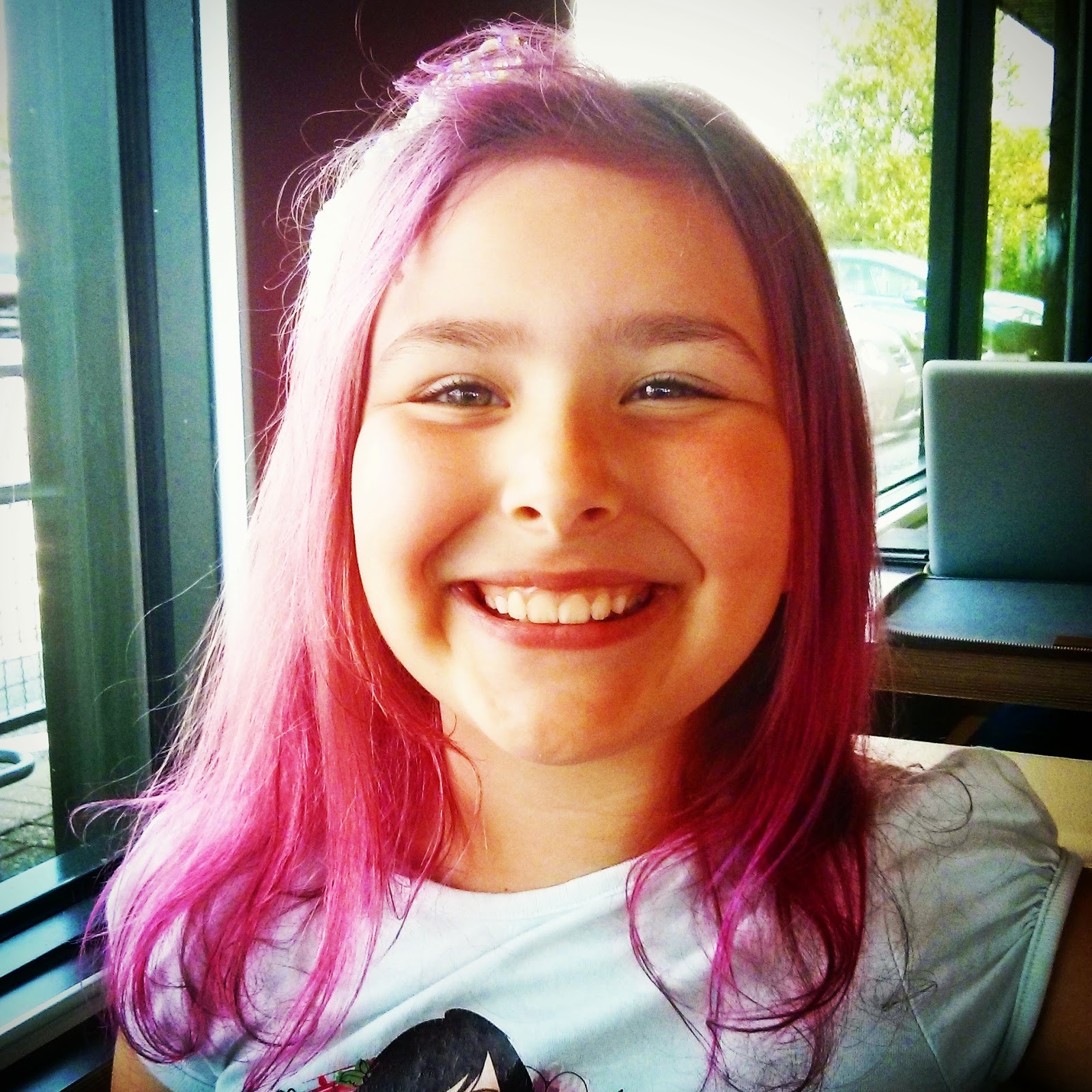 It was a way to mark the start of the summer and hopefully by the end of the Summer, when Tops is about to go back to School it will have faded enough/washed out that she's back to normal and if not we'll dye her hair brown until it grows out!

Of course right now, Top Ender thinks I'm the best parent in the world for not only letting her do this, but helping her to do it.

I didn't do it because I wanted to be the cool parent. I didn't do it for any reason other than I want Top Ender to be able to express herself and know that we support her and love her. And I have to admit, the colour is growing on me.
Family Life Summer