- July 09, 2014
Every so often, I get asked questions by people on Facebook or Twitter or Instagram or even emails from blog readers asking what happened to X or did you ever do Y and it makes me realise that unless you actually live here with us there are some things that you might have missed going on in our lives because I spread out everything across all my social media! I don't do it on purpose, but if you follow me on all the platforms you're a higher chance of knowing what's going on!

So what has been going on?

Well. I've been doing well with my diet and exercise. My sister encouraged me to go Paleo and I'm finding this a brilliant lifestyle choice. Long gone are my reservations about this not being a long term thing, I think that I could quite happily eat this way forever, although I will probably in winter be regretting it when everyone else is tucking into a Casserole with dumplings and mash potato and chunks of crusty bread. My lovely husband aka Daddy has also inspired me to start walking even more than I was, with trips with him round several of our local lakes now being a daily trip for me. I'm going to be sick of lakes by the end of the summer I'm sure. The children and very ready to start encouraging me with my exercise over the summer, although I don't think they have realised that if I go on a 4 mile walk that they do too!

Daddy is back off to work in Birmingham, which means no shared lunches for us... well unless we skyped our meals which sounds like a bit of a faff really! The only good thing about Daddy being away all week (other than the once a week cleaning just before he comes home or if we have guests coming) is that I get our bed all to myself. I rather like going to bed early to make the most of it, so expect some more 8pm status updates stating I've gone to bed in the near future! The one thing that Daddy did get to do a lot whilst he was on holiday, was go out on his Bike. I know that he has missed his daily rides around Milton Keynes and I don't think he'll mind if I share that he has lost just over half a stone in the last couple of weeks. It seems that we are both starting to take our health seriously.

Top Ender and I are slowly recovering from our weekend in Yorkshire. If you have never been I can't recommend it enough, the people were incredibly friendly, the views were fantastic and it turns out that both Top Ender and I had been to Yorkshire before we'd just forgotten. I think it was the Heartbeat tour that made me forget. I am trying to persuade Daddy that we need to go back, not just so we can go and visit with Jen and some of my other Northern friends, but also so I can see more pretty hills. 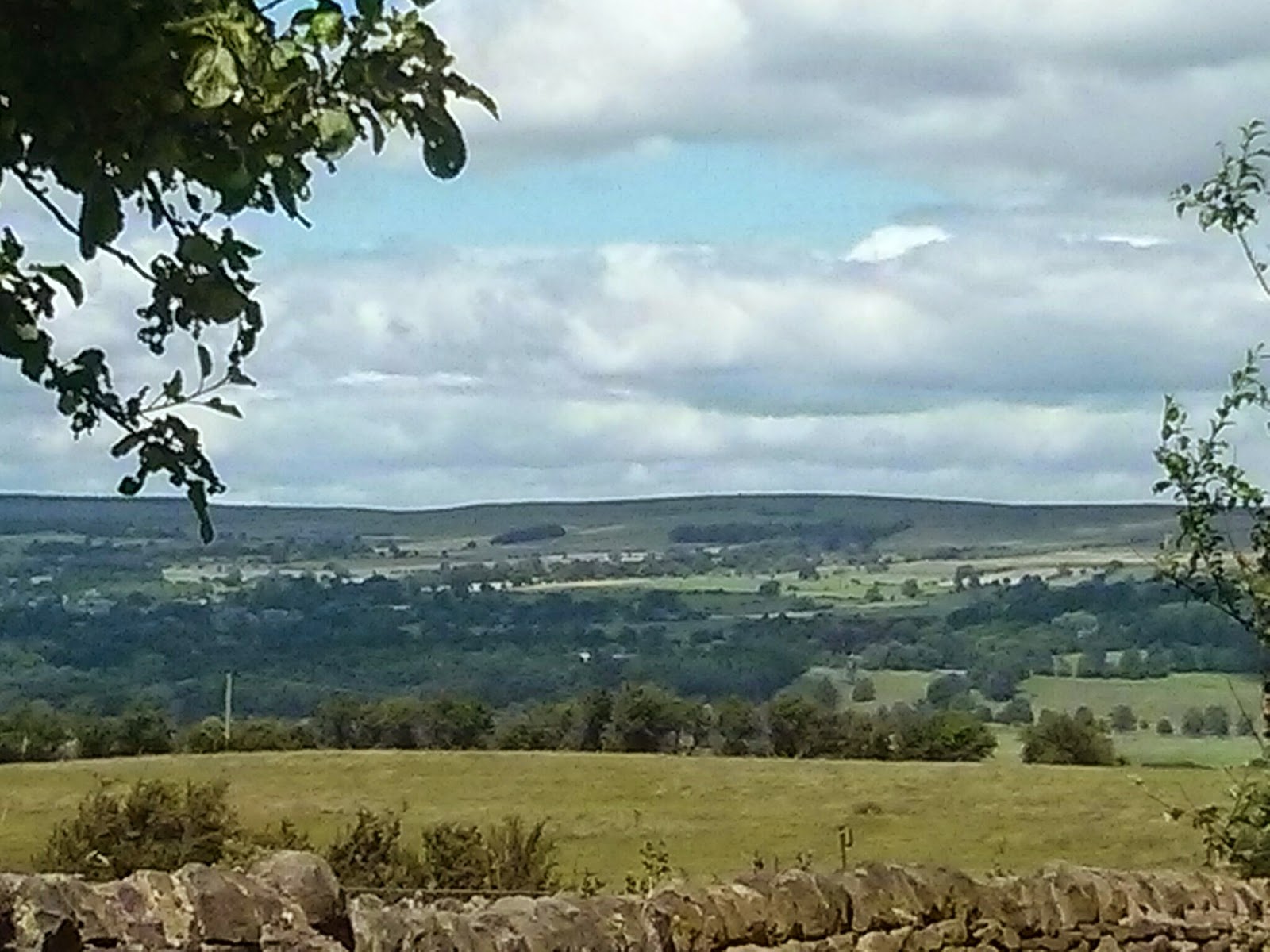 Top Ender was made a Sixer at Brownies. I think that this means that she is now a little group leader within her pack of Brownies. Top Ender was very proud of herself and rightly so, as I think that Brown Owl said that she only picks girls who are responsible, kind and mature. On that note I must add that Top Ender has been simply brilliant over the last few weeks so much so that Daddy and I actually congratulated her on her behaviour and attitude and general persona. I can't wait to get her end of term report, to see how well she is doing in her academic life, I think that I have a pretty good idea about what is going on, especially as I get to read her homework blog about her little Lego figure Kyle Emmett.

Big Boy started at Beavers and has been a star. His pack is very small, there are only about 5 boys but this has been brilliant for him. Whilst he is still a little unsure about it all, he has a brilliant time when he attends each week and is making great friends with the other lads that he spends the time with. I do also have to share that last week BB got 5/5 on his spelling test and he was so thrilled, even if I didn't believe him totally until I also saw it in his Home School Contact book! BB's other great news was that the theme for the week in School last week was using technology to enhance learning and his teacher nominated him for the weekly award for his year and he won. Finally those hours of recording videos for his Youtube channel are paying off!

Of course Big Boy has had some bigger changes this year. Not only did he start on Insulin Pump Therapy this past February (it's going well thanks, BB isn't that keen on changing Cannula's but then hey who is?!) but he will also stop having me go into School to do his lunchtime bolus as of the start of next term (well it'll be October really by the time everyone is trained and comfortable carrying out the procedures). This is a huge step and I'm very grateful to the School for understanding just how much of a disadvantage BB was at with regards to me having to go in daily to do this for him. The six or so volunteers who are going to train on how to do this will be getting lots of cake and prayers in the near future.

Our two Kittens are as crazy as ever. They are just starting to get curious about the outside world, which is handy as Mario has his second lot of injections in a couple of days meaning that in a week or so he'll be allowed out for short amounts of time. Peach is a few weeks behind him, but I think she won't mind getting some time alone once in a while. 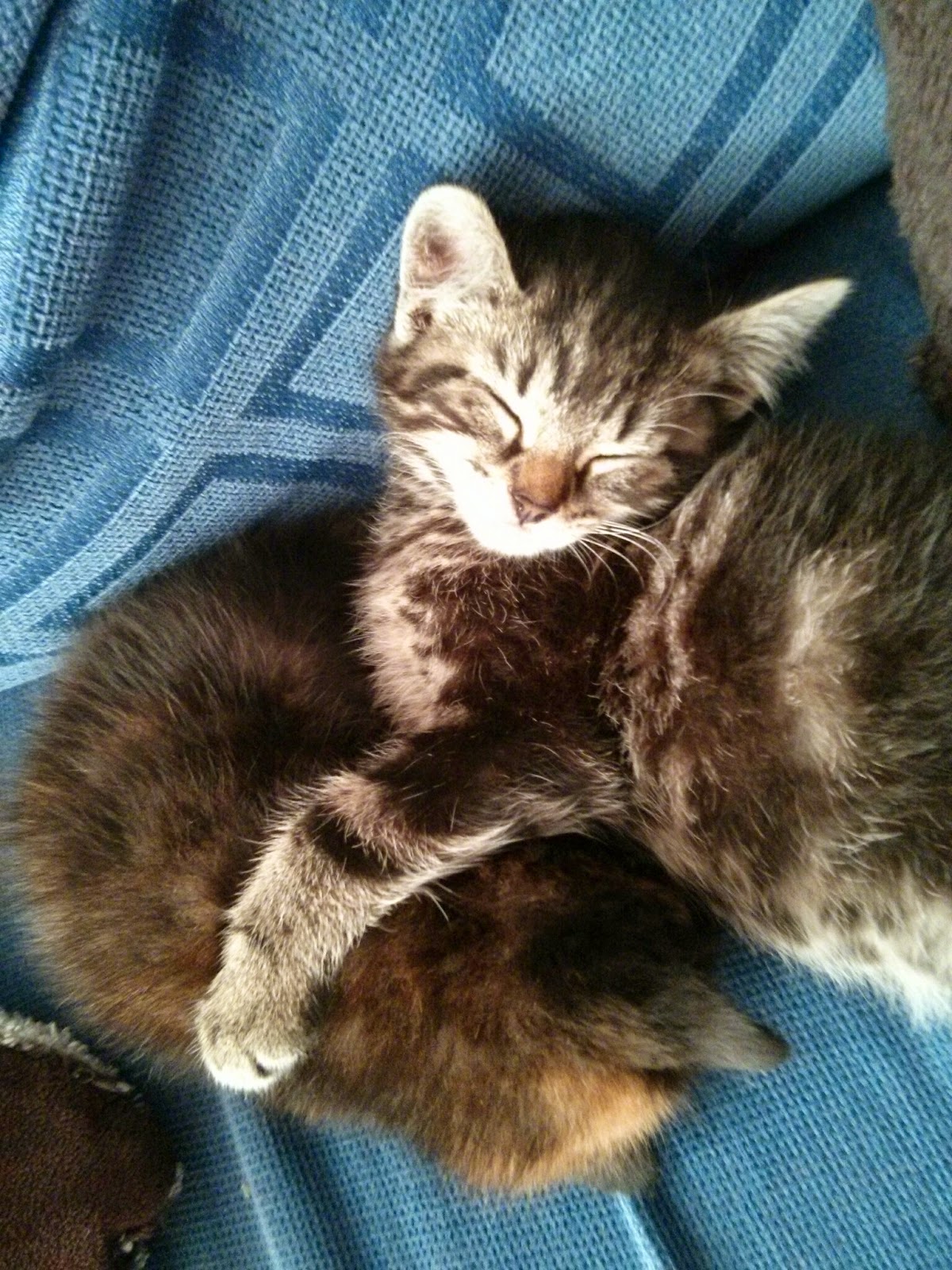 I think that's just about everything that has happened that you might have missed, but please do leave a comment or send me an email if you're wanting to know about something else!
Family Life