- July 30, 2014
Today it seems like we've been on School Summer Holidays for months already. I think that after the weekend of family fun with both Daddy and I, a party to say goodbye to some neighbours and friends and having the Missionaries round for dinner took it out of us. Top Ender was the first to suggest that we have a PJ day, but I explained that it wasn't possible as we had some chores to do outside of the house but that we could have a lazy day and mostly hang out at home instead of one of the many activities I had earmarked for this week. I did insist however that once we were all dressed and had done a couple of chores (we had to pop to a couple of shops) that we had to do something fun as a family, but that I would make it as easy and painless as possible. The children knew that if they didn't agree that I could make them miserable and so agreed quite readily. We carried out our chores and when we returned home we took our places at the Garden Table to paint some Suncatchers that I'd picked up in Hobbycraft a couple of weeks ago. 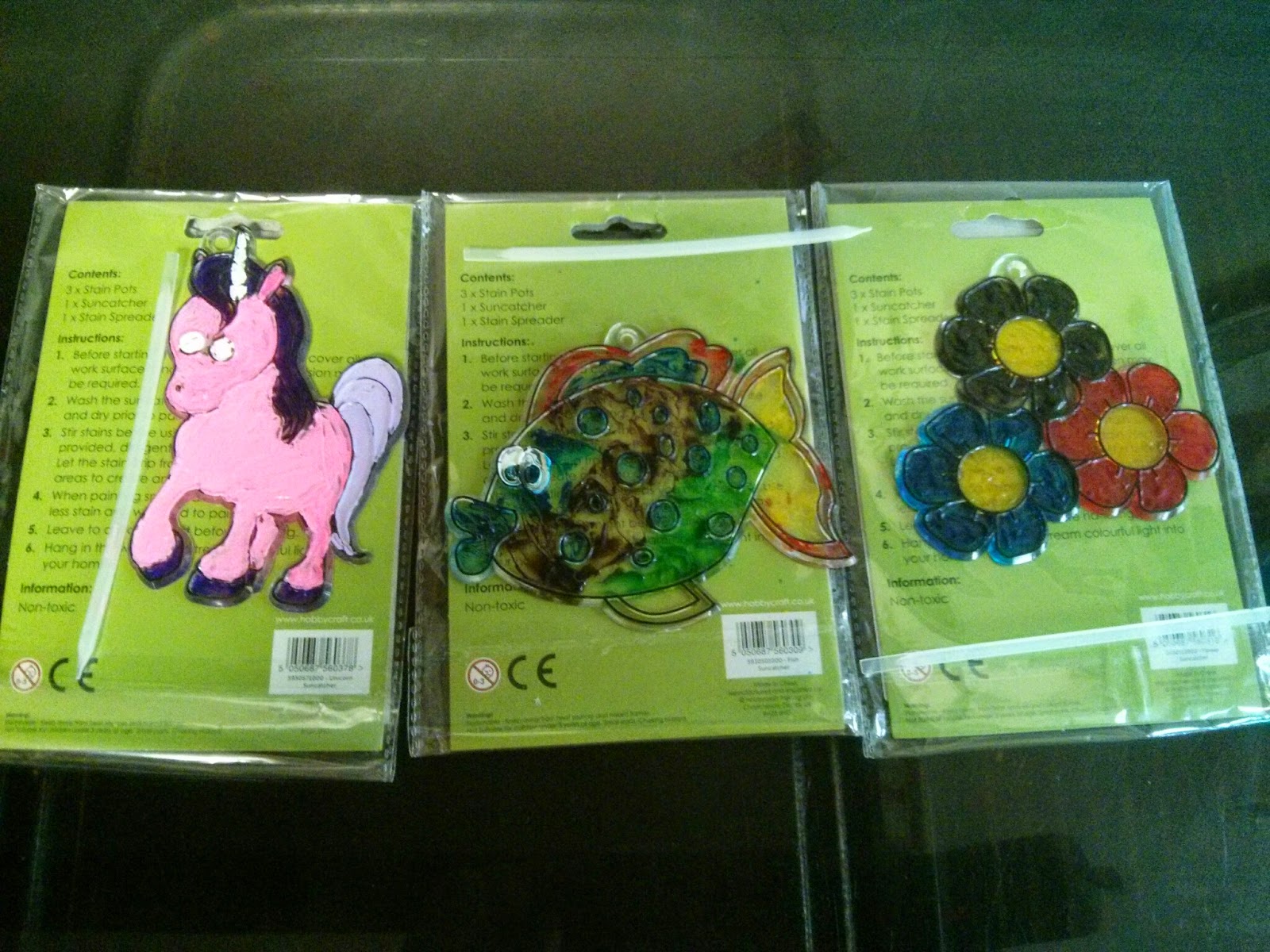 I didn't take any pictures of us whilst painting, as the children both stripped off to minimise the risk of the paint/stain getting on their clothes but I can report that we had a good giggle together whilst we contemplated where we would put various colours, if it would be worth mixing the colours together to make different colours and of course having our usual daft conversations about everything in the world!

Our Suncatchers spent a few hours drying in the kitchen, because it was busy trying to rain in the garden and after a few I noticed that they appeared dry and took a few snaps! 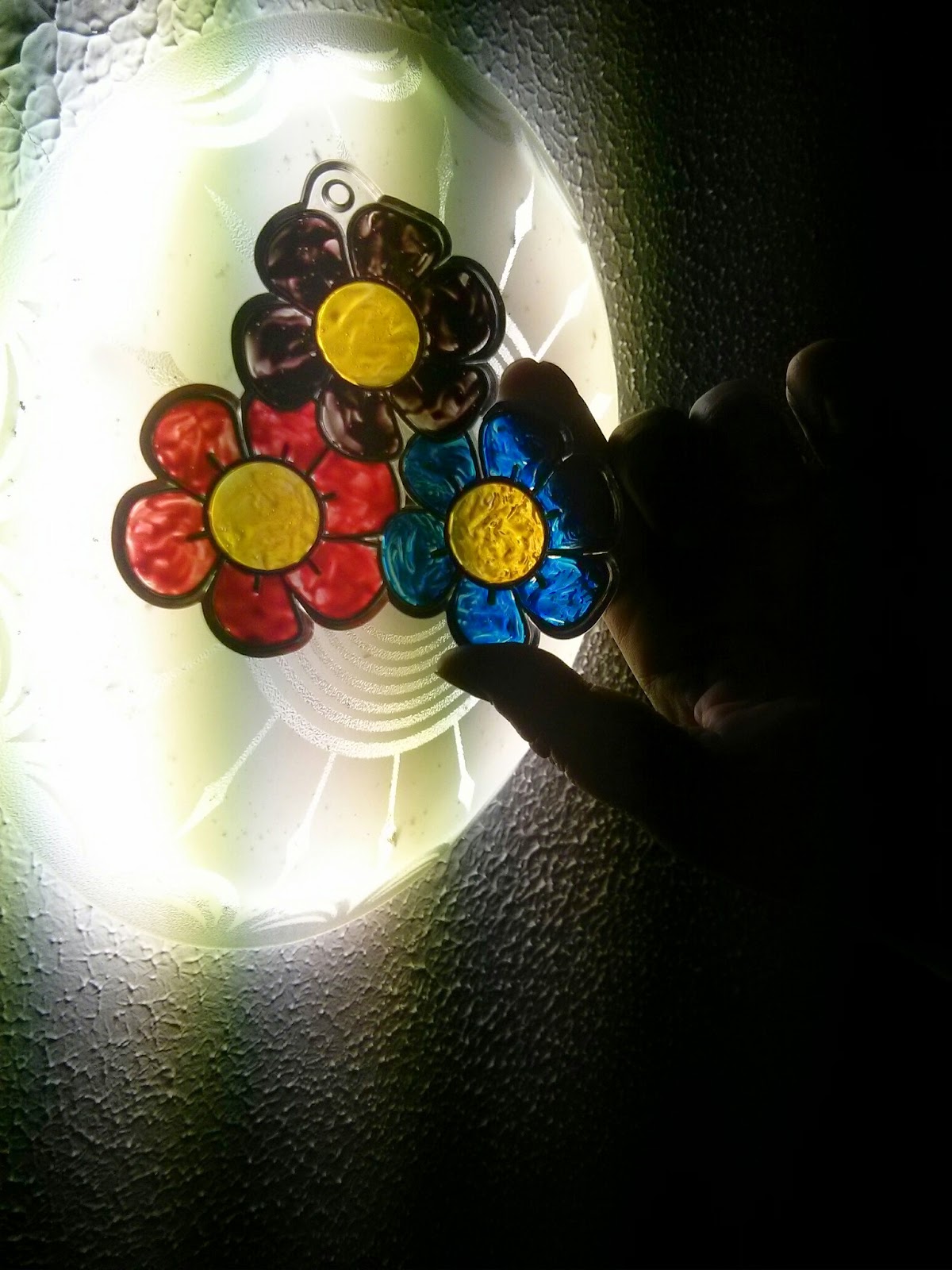 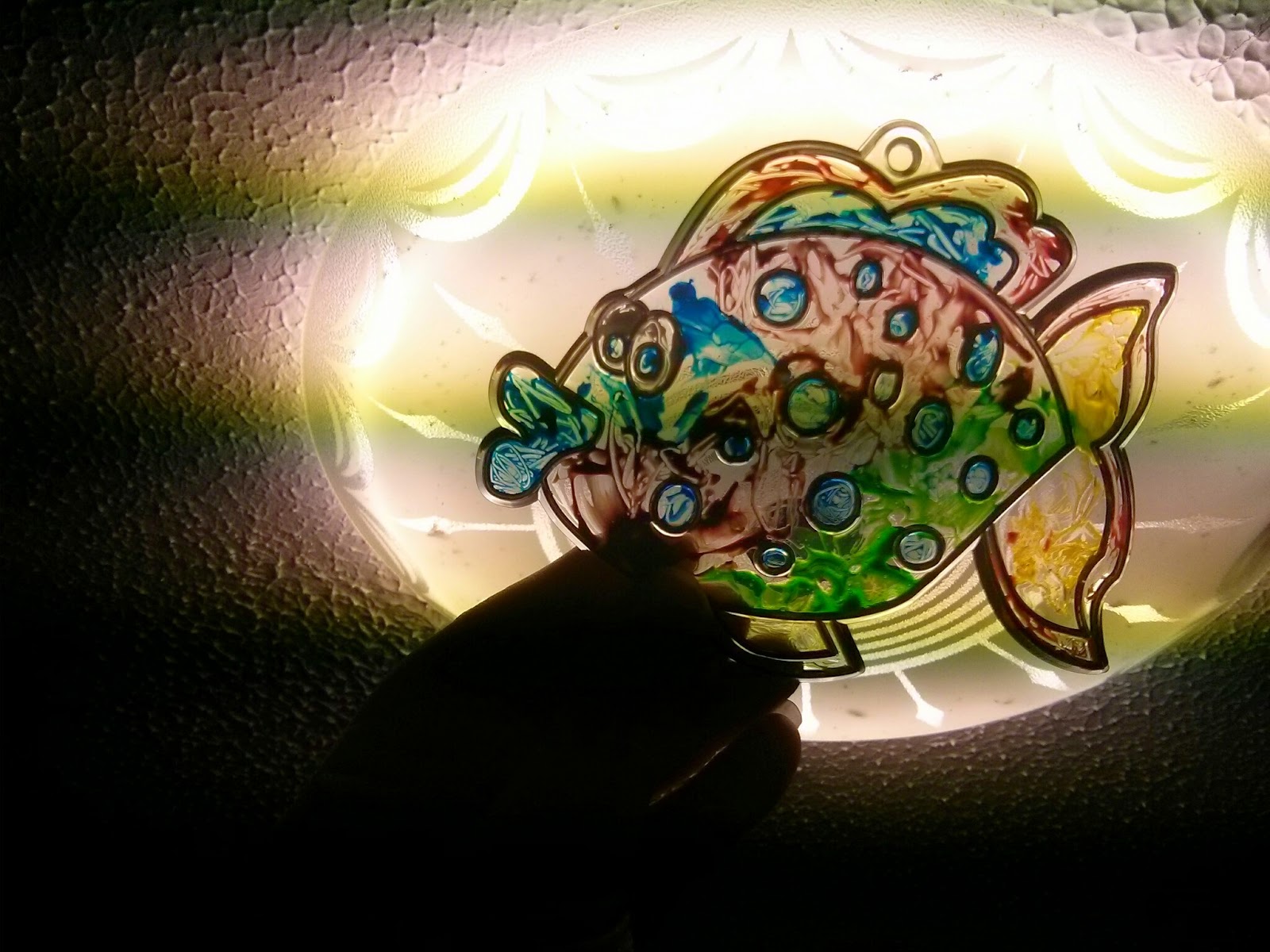 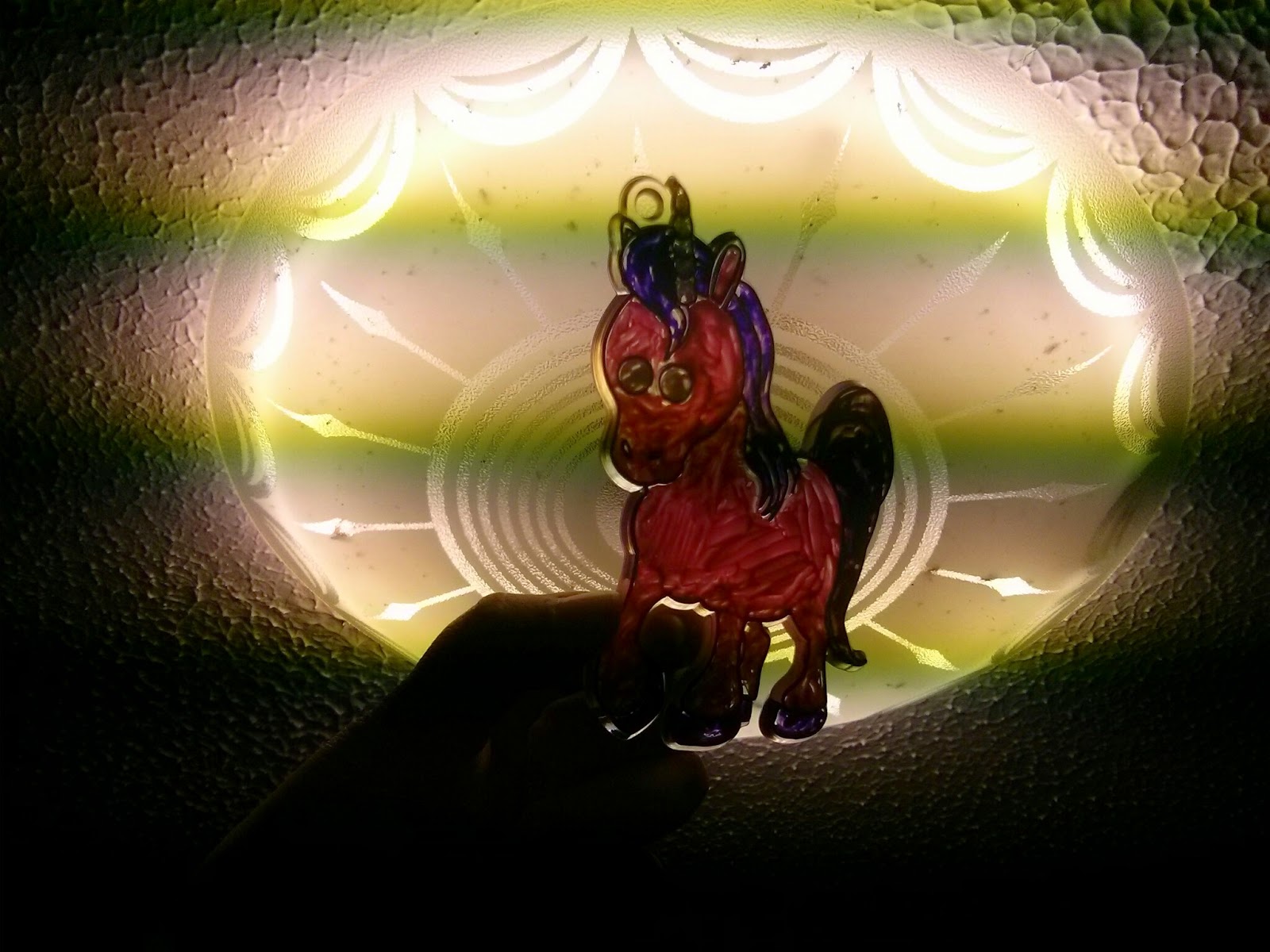 The instructions suggested they needed overnight drying so 24 hours or so later, I added some ribbon and we hung them up in the window in the Living room. 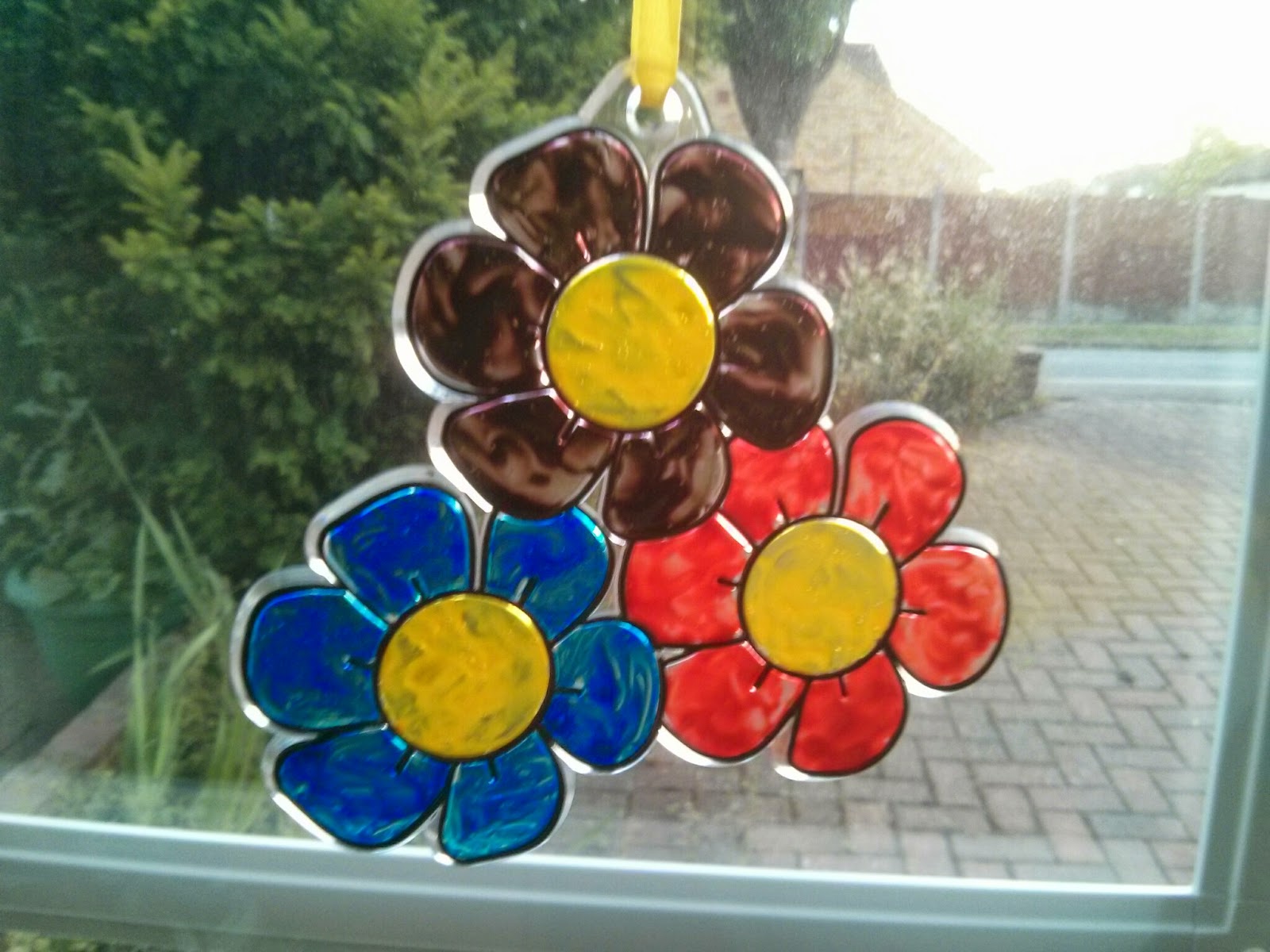 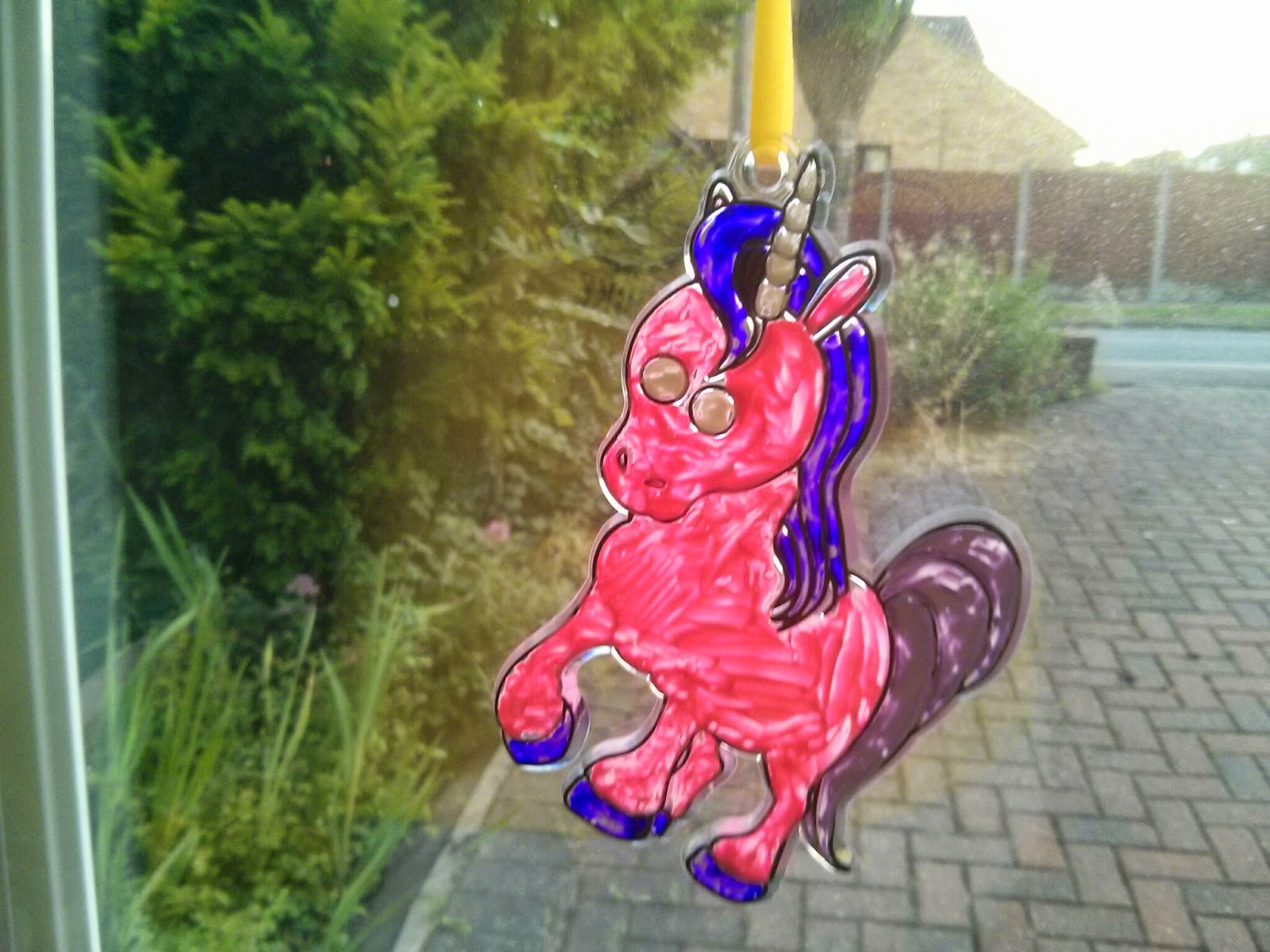 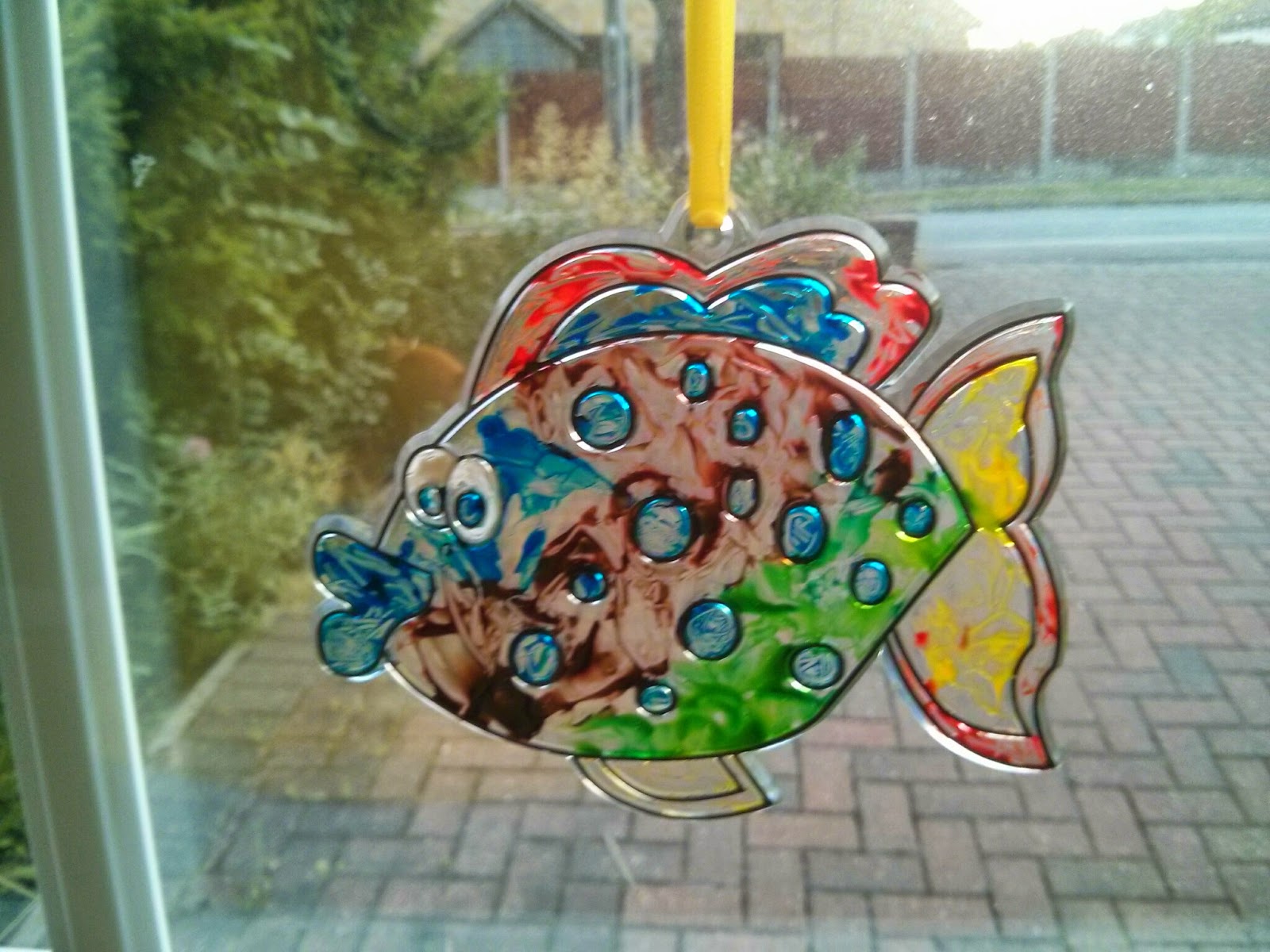 Now we just need some Sunshine to make the most of them!
Family Life Summer