- July 14, 2014
Firstly I need to apologise for this post to my husband. You see, he has told me countless times that if I want wallpaper hanging in the house I either have to hire a professional or I have to do it myself. He won't help me at all. Fine I said, Walltastic murals wouldn't count though, would they. I mean, he'd help me with those right? 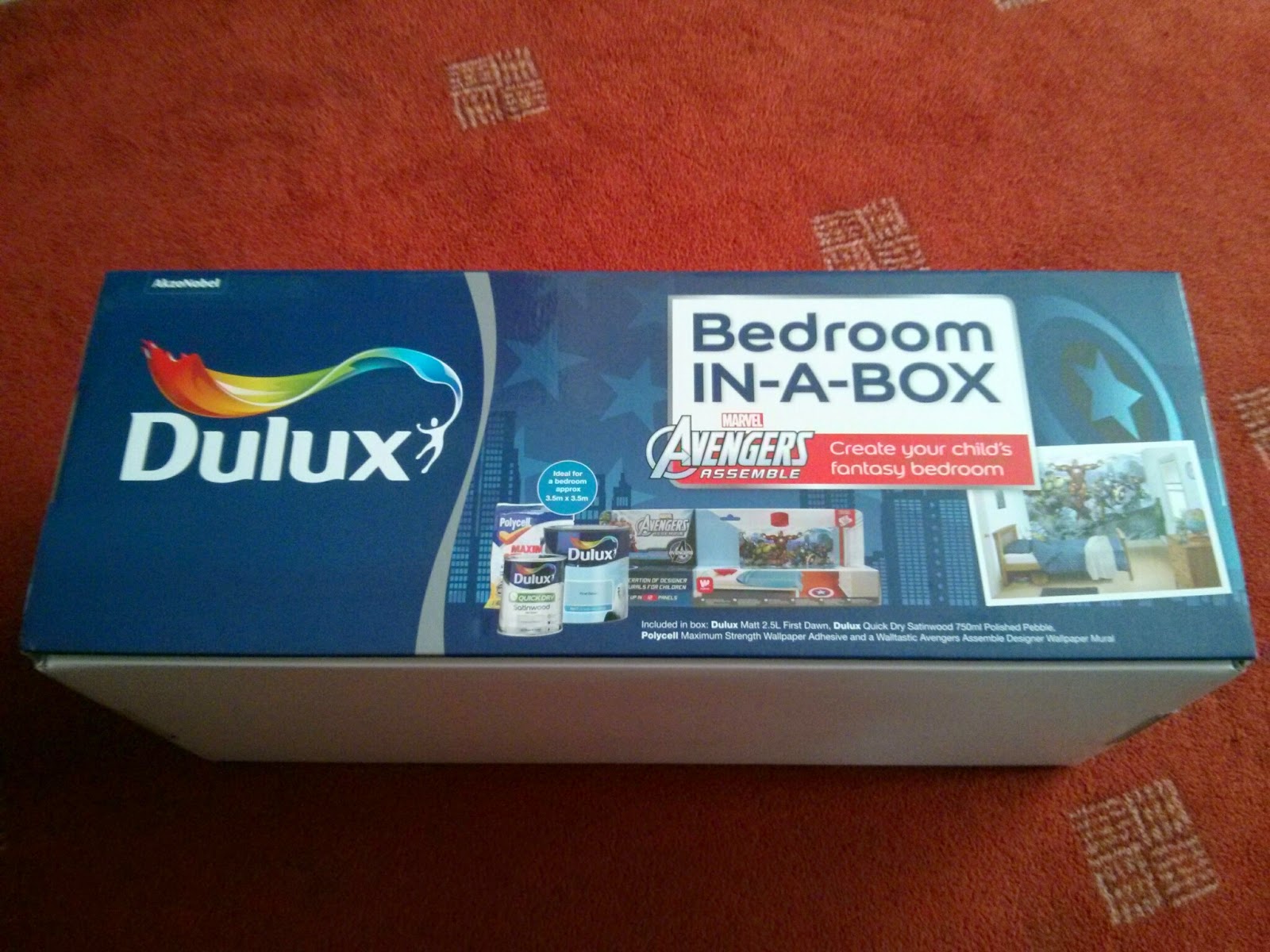 I had originally said that I was going to put up the mural in Big Boy's bedroom, he has one wall, which whilst it does have a few stickers on is blank (Well apart from a couple of shelves and a TV bracket) and so I asked if for this review I could have The Avengers theme Mural. I love the world of Marvel (as does BB) and so I knew I'd be on to a winner in his eyes, even if I did manage to mess it up big time and have a wonky hulk face or something just as terrible.

The real problem came after I measured BB's wall. There was just no way I could put the mural up in it's entirety. In fact BB's wall is so short (in length, it's a perfectly normal height) that I wouldn't have even been able to miss off just one or two panels. In order for it to fit I'd have to not put up two panels and cut a third, which would leave some characters missing from the mural. Did I mention they were my favourite characters? I spoke to all my friends, and eventually one friend said she had a wall that was big enough for it... the outside wall of her Kitchen. This got me thinking, our Den area was originally a kitchen (previous occupants of our house converted it many years ago), it would fit on this wall AND as it was the Den, the area of the living room that was mostly dedicated to the children, this would be perfect. Plus I wouldn't mind having a HUGE Marvel Avengers Mural just off my living room.

I knew however that Daddy might mind... so I didn't tell him my plan. Daddy came home after a week away to this wall. 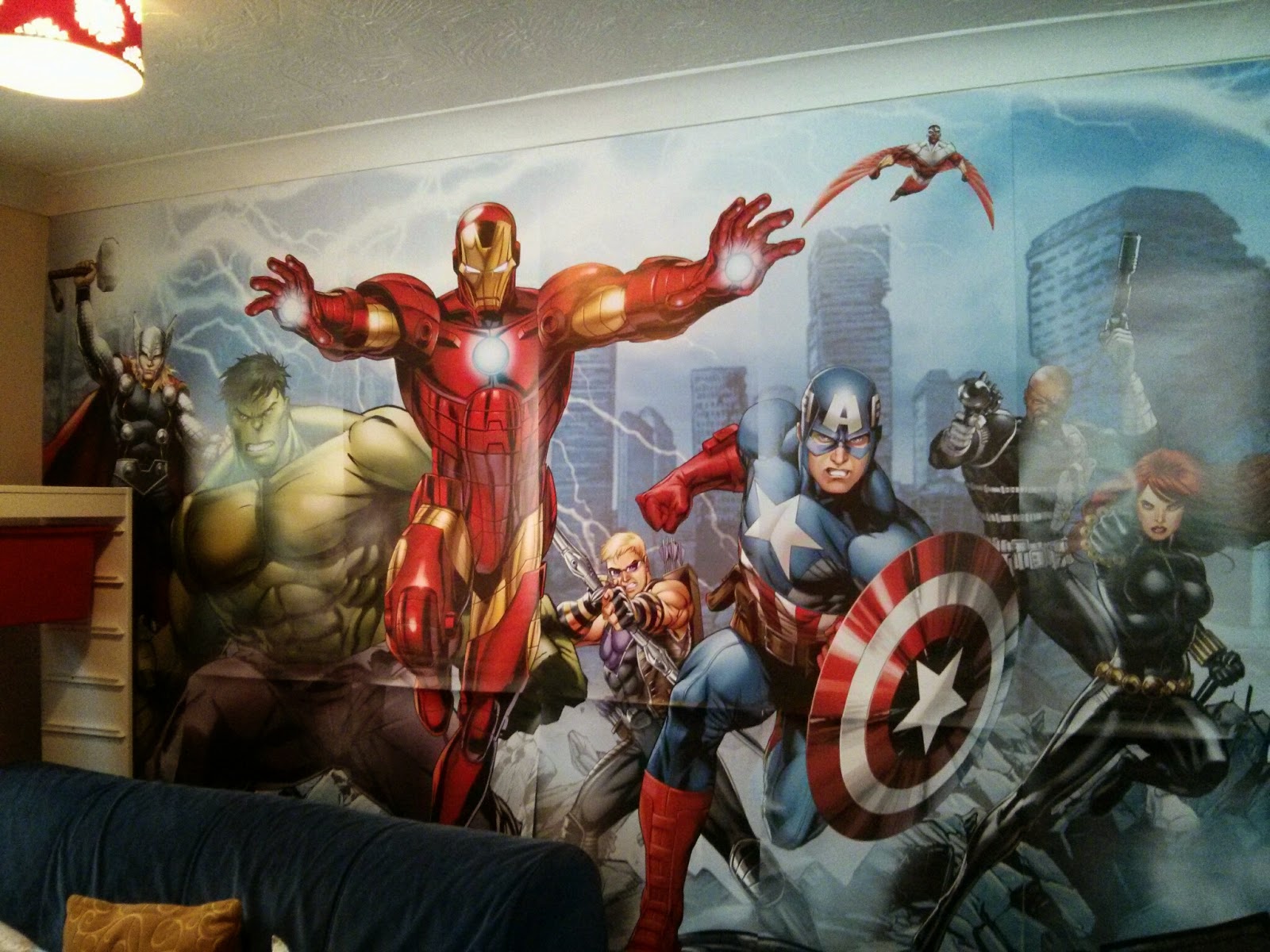 Have you guessed what I did? I blu-tacked the mural up on the Den wall, deciding that if there weren't any complaints that I'd use the Double sided Mural tape (which I phoned and ordered from the Walltastic team at a cost of £9.99) to fix it permanently to the den wall.

So here is my video of me putting the mural up.


As you can see I didn't paint the den blue, and I didn't repaint BB's bedroom either as we'd already painted it the exact colour of the paint in the Bedroom in a Wall box (it's brilliant, easy to get a good finish on and covers nicely) just a few short months ago and as I wasn't tall enough to reach the Crown Moulding I got Daddy to paint that on his week off...

I can't recommend the Bedroom in a Box enough, which is a good thing as I think that Top Ender is after the Hello Kitty mural in her room.

We were provided with a Bedroom in a Box for the purposes of this review by Dulux and Tots100. You can find out more about the Bedroom in a Box range on Facebook, Twitter, YouTube and Pinterest.
Family Life