Fruit Picking At The Farm

- July 28, 2014
One of the things that was on my bucket list to do this Summer was to take the children to a local Pick Your Own Farm. As this past week has mainly been spent by the children equally divided between our house and Neighbour Mums house, I thought it would be nice to ask Neighbour Mums boys if they wanted to come with us. It's bitter sweet that the four of them are getting on so well at the moment as with Neighbour Mum and family moving in the next few weeks it's almost like we are trying to cram in as many memories as possible before they are too far away for the children to be running down the road barefooted into each others homes.

We arrived at the Farm and after a quick divvy up of the fruit baskets amongst our party of five we headed off to the fields to collect as much as we could manage. We had a hoot. 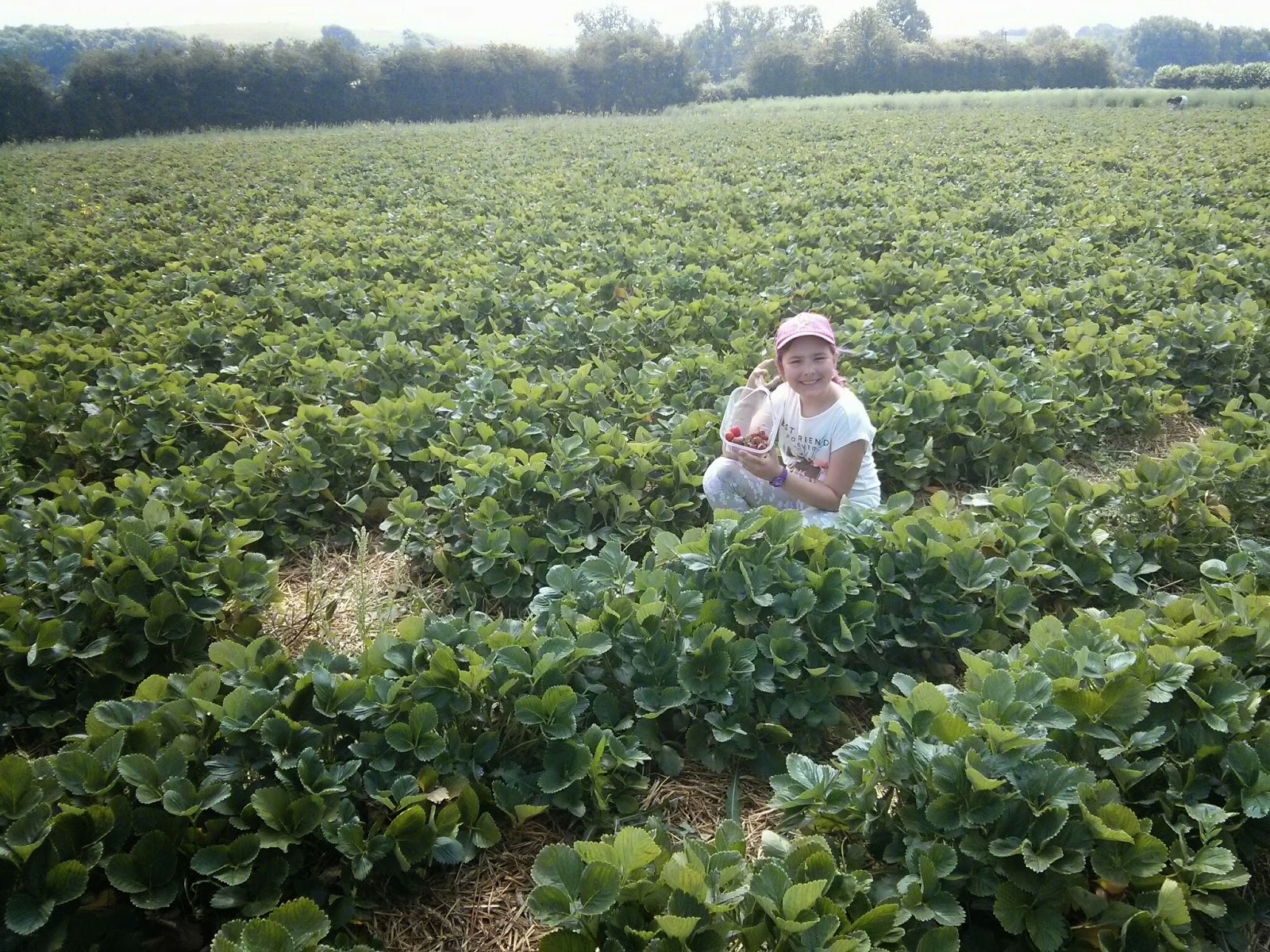 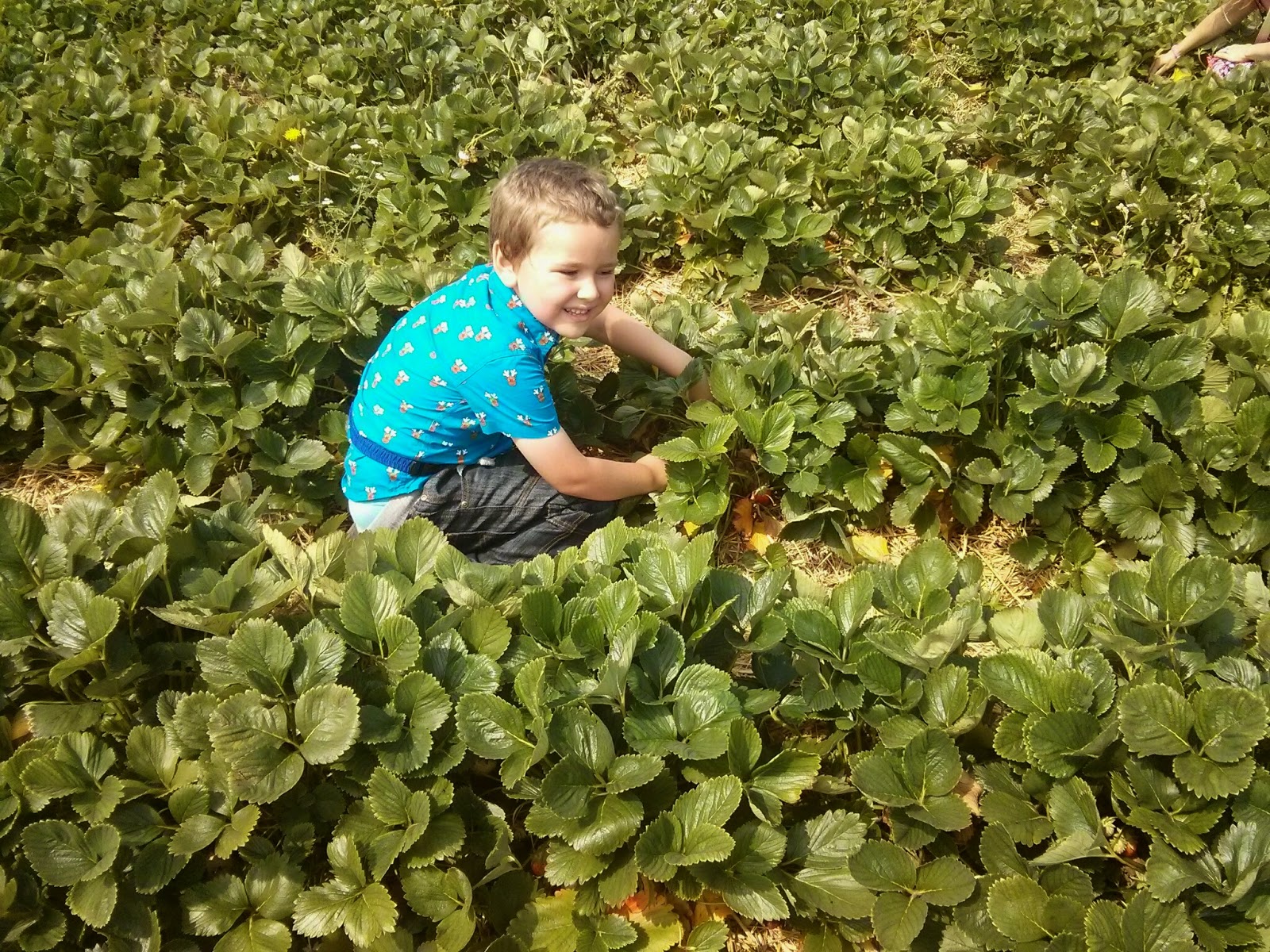 The children, despite all chattering amongst themselves, were suddenly becoming very competitive with each child wanting to pick the most, or see who could find the reddest strawberry, who could find the largest, who could fill their punnet the quickest (it was me for that last one and I had a HUGE basket) and it really didn't seem like long before we were pretty much all Strawberried out and we headed over to the Raspberries.

The children took great delight in picking only the nicest berries, and they spent ages examining each fruit before they put them into their punnet. I could have easily just sat down on the edge of the field and supervised them all afternoon as they were so great with each other, helping each other to find patches of ripe berries and just having a conversation with each other. 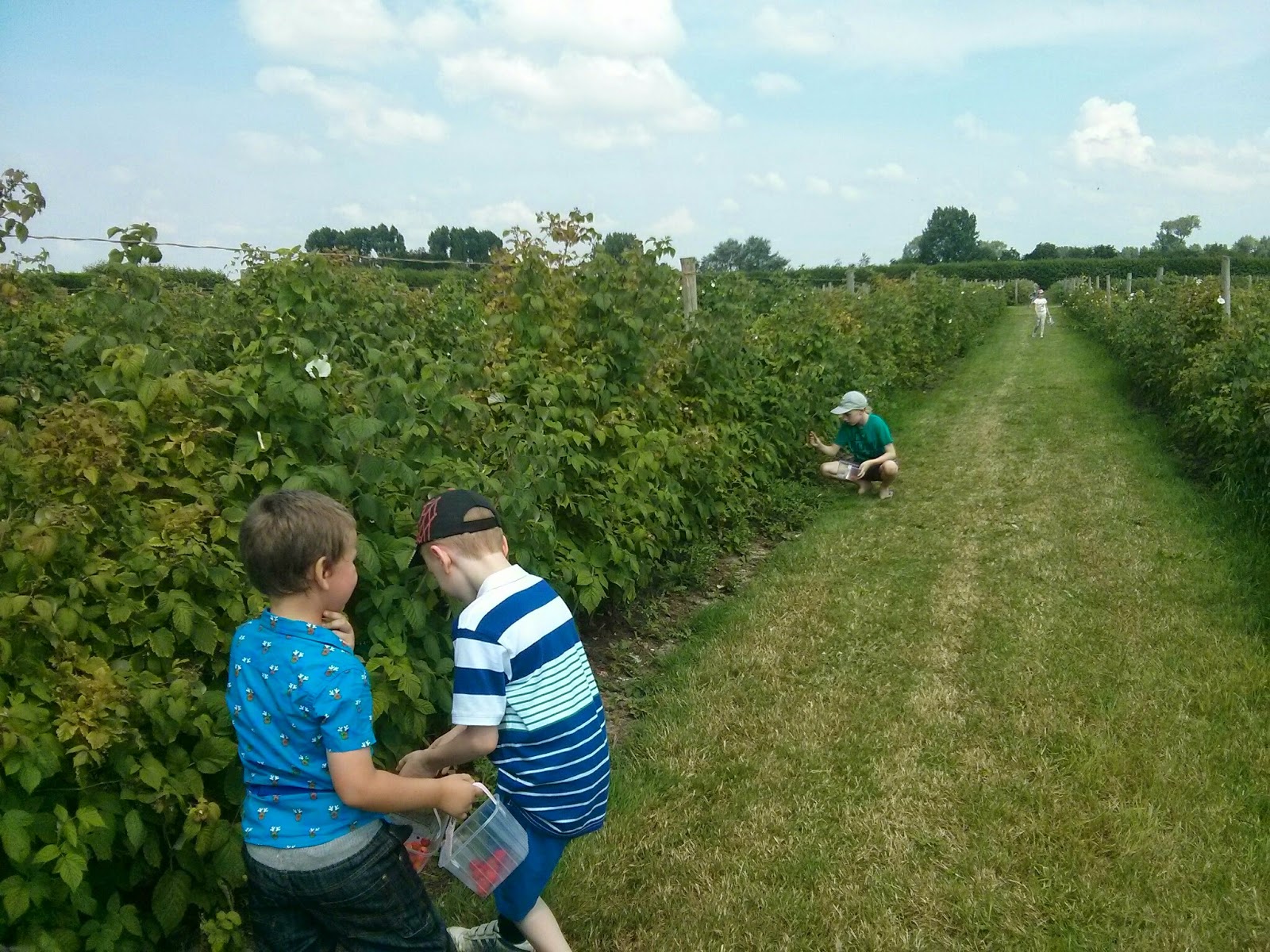 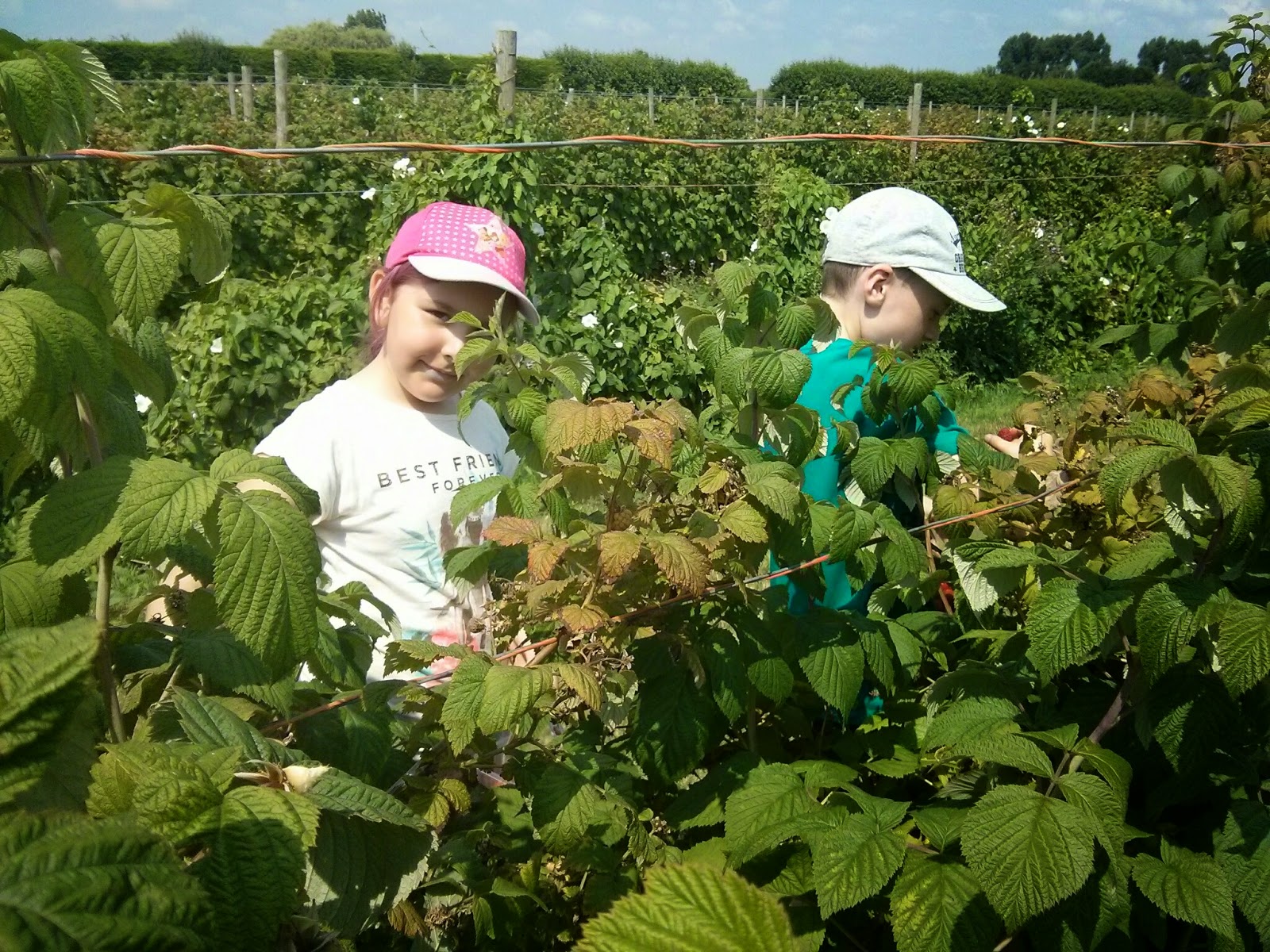 We went to queue and pay for our harvest, knowing that we had an absolute fortune to pay but knowing that it didn't actually matter that much about how much we were going to pay out because whilst we were technically paying for the fruit we had picked, we didn't pay for the fun we had, the memories we made or the friendships that were made stronger.

I'm sure we'll go back before the Summer is out to pick a few more different crops, but until then we'll be busy eating up what we've already picked! 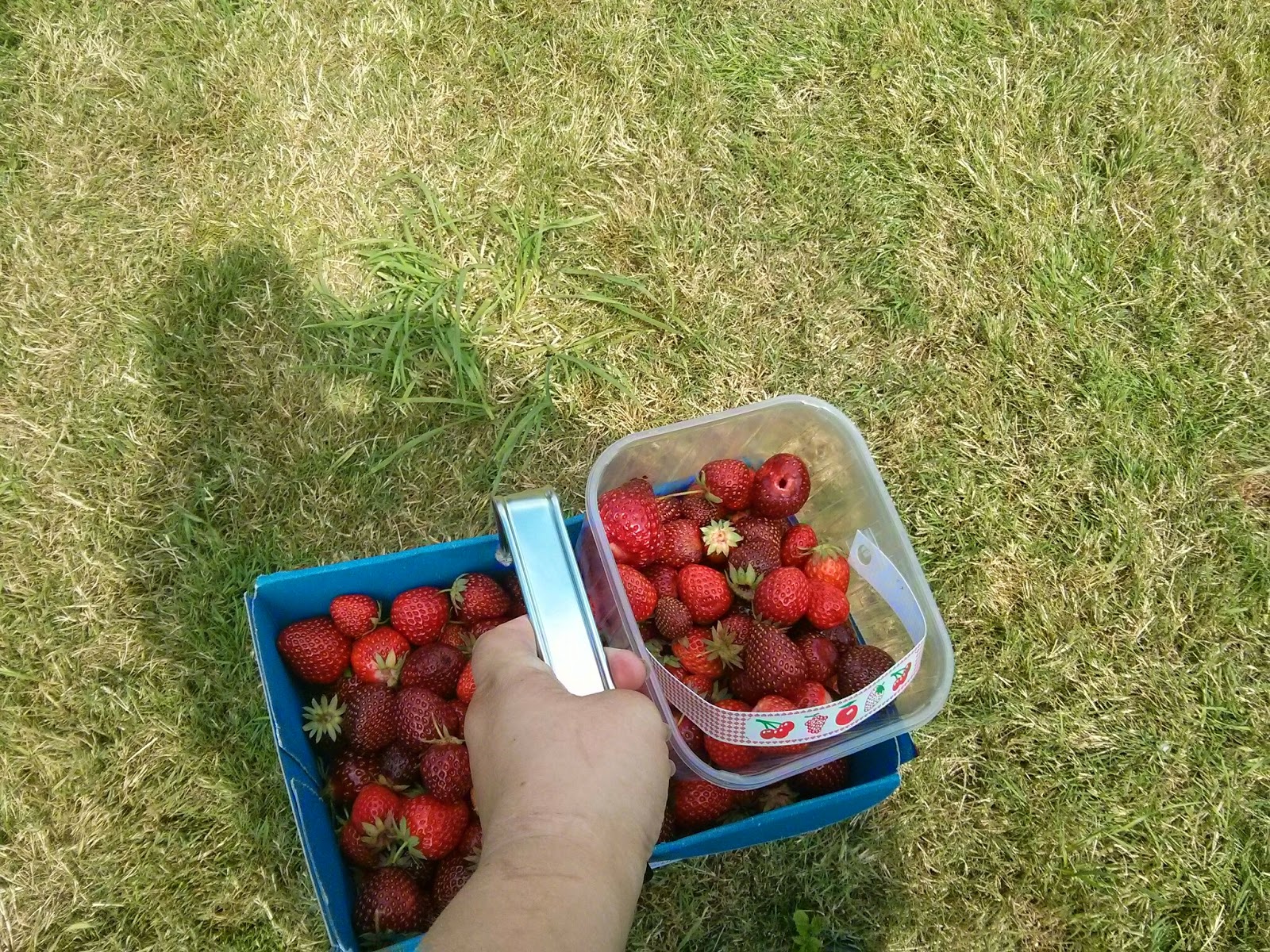 Do you go fruit picking with your family? What's your favourite thing to pick? I love a farm in South Buckinghamshire (you know the posh end) where you can pick berries, plums, apples and nuts!
Family Life Summer