- March 05, 2012
For the last few months I've been trying to come up with a storage solution for Big Boy's bedroom. Big Boy has a problem with his bedroom being small, his toys being numerous and his clothes growing in size as frequently as he does. We needed something bigger than the baby wardrobe he inherited from Top Ender to store his clothes in and something bigger than the bedside table to store his toys in, especially now that he doesn't have a Toddler Bed and his new single bed takes up more space than his old one. 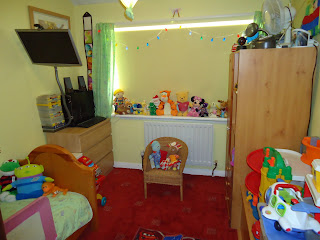 We aren't exactly flush with cash, and we don't think that we are going to be in the next few years either, so we needed something that was low cost, could grow with him and most importantly was easy to use. My pinterest board for Big Boy's bedroom was full of ideas and I pretty much had what I wanted sorted out in my mind and so once I had the money (see that's why we had the sponsored posts of late!) I sent Daddy out with a list of what we need to buy.

I had come up with a few ideas of how to maximise the space by using the Trofast storage system from Ikea to store toys and clothes in the drawers with a small hanging bar for T-Shirts. The plan was simple, we would have two "mountains" with a hanging bar between them for T-Shirts. One side of the mountain would be for toys the other for the clothes that weren't hanging. This would leave us with plenty of shelf space for Big Boys treasures, books and toys that wouldn't fit into the drawers. Thinking about how adventurous little boys can be though we soon realised that having an open hanging space could be dangerous and so we scrapped that part of the idea.

It was after I had gone through all of Big Boys Toys and Dressing up things and realised that even having removed all the toys which were too young for him we needed some more space and so Daddy was sent back out to buy another Trofast System to put under our "Mountain". 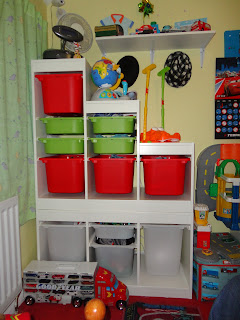 We kept the left hand side of the room for clothes with the white boxes being used for dressing up clothes and accessories (it makes sense to me!) and his hats hanging above the units for easy access. It made a huge difference having the extra unit under the Mountain and we made sure that everything was within Big Boys reach moving the clothes he is more likely to reach for to the lower levels just to be on the safe side. 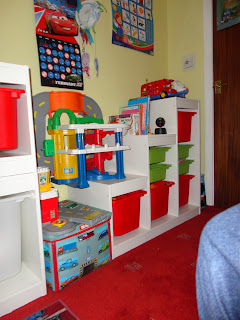 The right hand side is kept for toys, and with each drawer having just one type of toy in it is making putting toys away a lot easier. The other benefit of the toys being in the drawers is that Big Boy can easily decide what he wants to play with and can get it out without any help.

We made a few finishing touches by putting back up the pinboard, calendar, posters and art work in Big Boys bedroom. Two posters were sent to Big Boy by Fisher Price, one showing the alphabet (using the Little People as Art Work, which are a favourite Toy of Big Boys) and a height chart which is on the back of Big Boy's door and is providing him with hours of entertainment as he is constantly checking if he has grown since the last time he checked! The other art work was a poster that Top Ender gave Big Boy for his Birthday and a picture which had been painted for him by Nanny V. 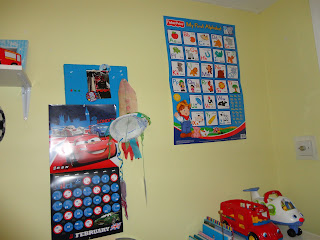 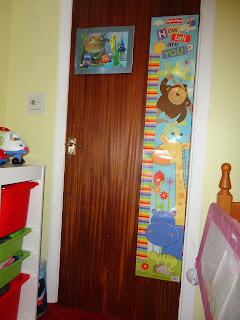 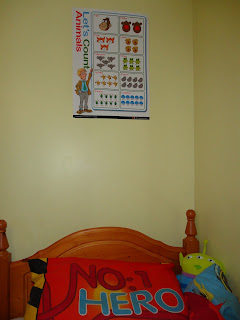 So far everything is good. Big Boy has never kept his room this tidy for so long nor has he ever had so much ease of access to his clothes. We are really impressed with the Trofast systems, as with most Ikea products they are easy to put together and are really sturdy and as Big Boys possessions start to increase the system is going to be easy to add to.

We aren't finished in Big Boys room, we have the walls to paint, some new carpet to fit, new curtains to hang and we are looking to replace the unit at the bottom of his bed with a bookcase too but for now Big Boys room is looking good.
Family Life Toys