- March 17, 2012
Big Boy had some books arrive for him in the post and he was really eager to read them with me. We sat on the sofa together and planned which one we would read first, then second and then last. I had a couple of chores to do and said that if he gave me a few minutes we could read the books together and have a snack together too. This pleased Big Boy no end because he is constantly hungry at the moment (we are putting it down to a Growth Spurt) and so he let me do my chores but then my computer made a noise and so I sat down to see what it was alerting me to.

A minute or two later and Big Boy was starting to get impatient with me, so he brought the first book we had chosen to read to me. Only it slipped out of his hands and hit his toe. Big Boy started hopping around yelping that it hurt and I told him to go and sit down and I would come and kiss it better. Big Boy started crying and told me that I couldn't come to him to make it better because there was blood and he knows that I don't like blood. I put my fear to one side, used a damp flannel to cover his toe (which was covered in blood) passed out briefly and then asked Twitter how to deal with it. I don't think straight after passing out. 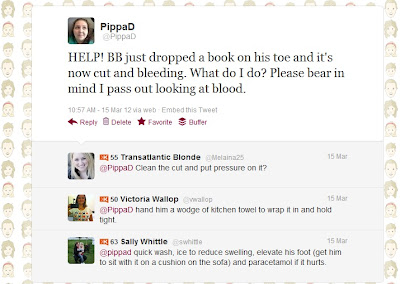 Toe dealt with (thank you everyone!) Big Boy and I sat on the sofa, as we were both feeling a bit out of sorts and we decided we would read the books sent from the Little Tiger Press together so we could distract ourselves. We loved Monty and Milli, despite it being the book that caused the injury. It was interesting to see how Big Boy reacted to Milli following her big brother Monty around seeing as how Big Boy follows Top Ender around and I'm pretty sure that Top Ender sometimes wishes that Big Boy would disappear! 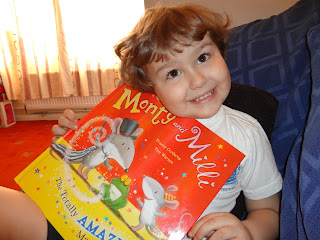 We hadn't heard of Bright Stanley before, but Big Boy was delighted with the adventure Dennis and Stanley went on. Big Boy saw at the back of the book that there were a previous two stories that Stanley has featured in and has asked if we could find them at the library or if he could have them for his book shelf, so I think they were a hit with BB. 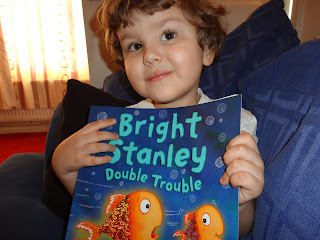 Duck Says Don't was the book I was looking forward to. Duck has been asked to look after the pond whilst Goose goes away and Duck has good intentions but gets a little bossy. Big Boy loved the story and I'm sure it wasn't just because of my voices, because they aren't that good! Big Boy was quite worried about the sausages that were laying around the book, until I pointed out they were Reeds not Sausages. He still doesn't believe me though. 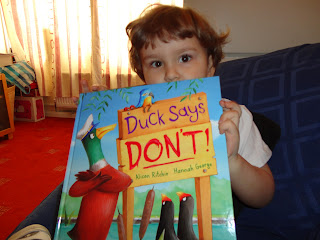 When Daddy got home he had a look at Big Boys toe and declared there no serious damage as I was still unable to look at his foot for risk of more blood "falling out" of BB's foot! As you can see below though his little feet are still really cute! 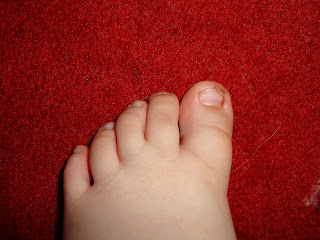 We were sent the three books from Little Tiger Press.
Books