On My Birthday Meme - 2nd May

- March 09, 2012
I was tagged by the lovely Kelly at Preston Precious in the Five Fs Birthday Meme, (mainly because I volunteered) which is basically a blog post about the events that happened on your birthday and if you don't know about it you can just pop along to Wiki throw in your birth date and get all the juicy gossip! Well I hope there is some good stuff as the only thing I know about May 1979 (apart from me being born) is that Margaret Thatcher took office as Prime Minister two days after I was born.

When is your Birthday?

My birthday is May 2nd.

1985 – Lily Allen, English singer and songwriter. You know the one right?
1975 – David Beckham, English footballer. You probably know more about him than I do!
1974 – Matt Berry, English actor. You know Douglas Reynholm from The IT Crowd.

Is anyone listed as being born on the same day as you (ie the same year)? If so, what do you know about them?

I have no idea who any of these men are.

List three people who died on your birthday and tell us what you know about them.

List three notable events that took place on your birthday.

1611 – King James Bible is published for the first time in London, England, by printer Robert Barker. It's my favourite version of the Bible too!
1982 – Falklands War: The British nuclear submarine HMS Conqueror sinks the Argentine cruiser ARA General Belgrano. I sort of remember this, we were on Holiday at the time in the village where my Nan now lives.
2011 – Osama bin Laden, the suspected mastermind behind the September 11 attacks and the FBI's most wanted man is killed by the United States special forces in Abbottabad, Pakistan.

Tell us about a holiday that falls on your birthday.

Well sometimes May Day is on my birthday because of when the bank holidays fall, but according to Wiki if we lived elsewhere we could celebrate the following;

I have no idea what any of these are, so I propose that this year we all celebrate Pippa Day. A day for all things Pippa. I'll make badges and trifles and everyone can have cake... 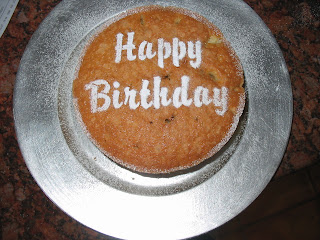 Anyway I am tagging some people (Sally, Jen, Rosie, Emma and Cass) to fill us in on their birthdays and they should remember to link up with the Five Fs linky so we can have a year of blogger birthdays!
Meme