A Quick Run In The Woods

- August 14, 2014
On our way somewhere else, we stopped off at the woods. I'm not quite sure why, I think I was having a mad five minutes and decided seeing as we were driving past them we might as well stop. The only problem was that none of us had shoes on that were suitable for a walk in the woods... so we did a quick run and then back to the car! 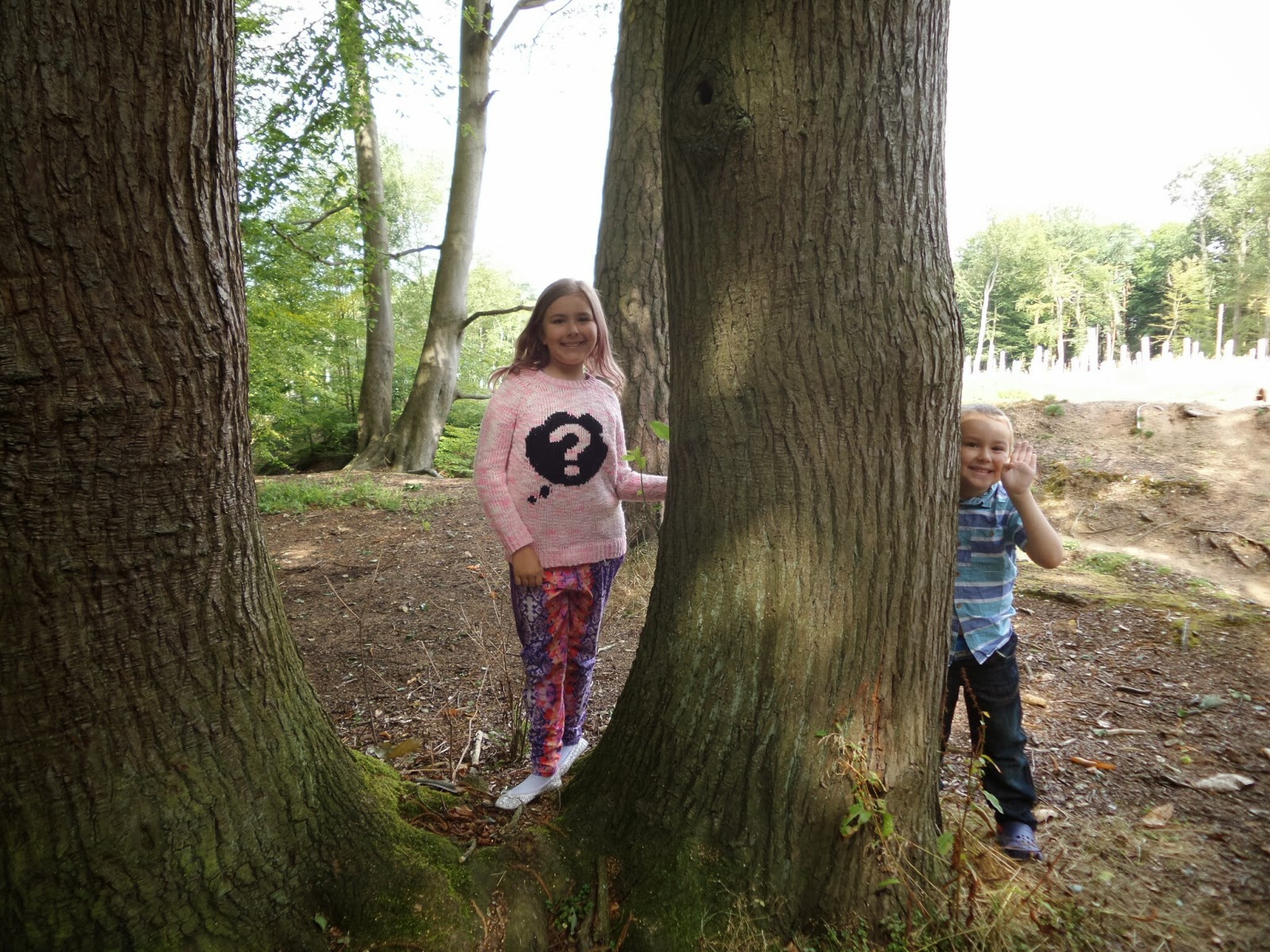 Top Ender and Big Boy loved hiding behind the trees, and having me pretend that I had no clue where they were. I've no idea why my children like the idea of me losing them so much! 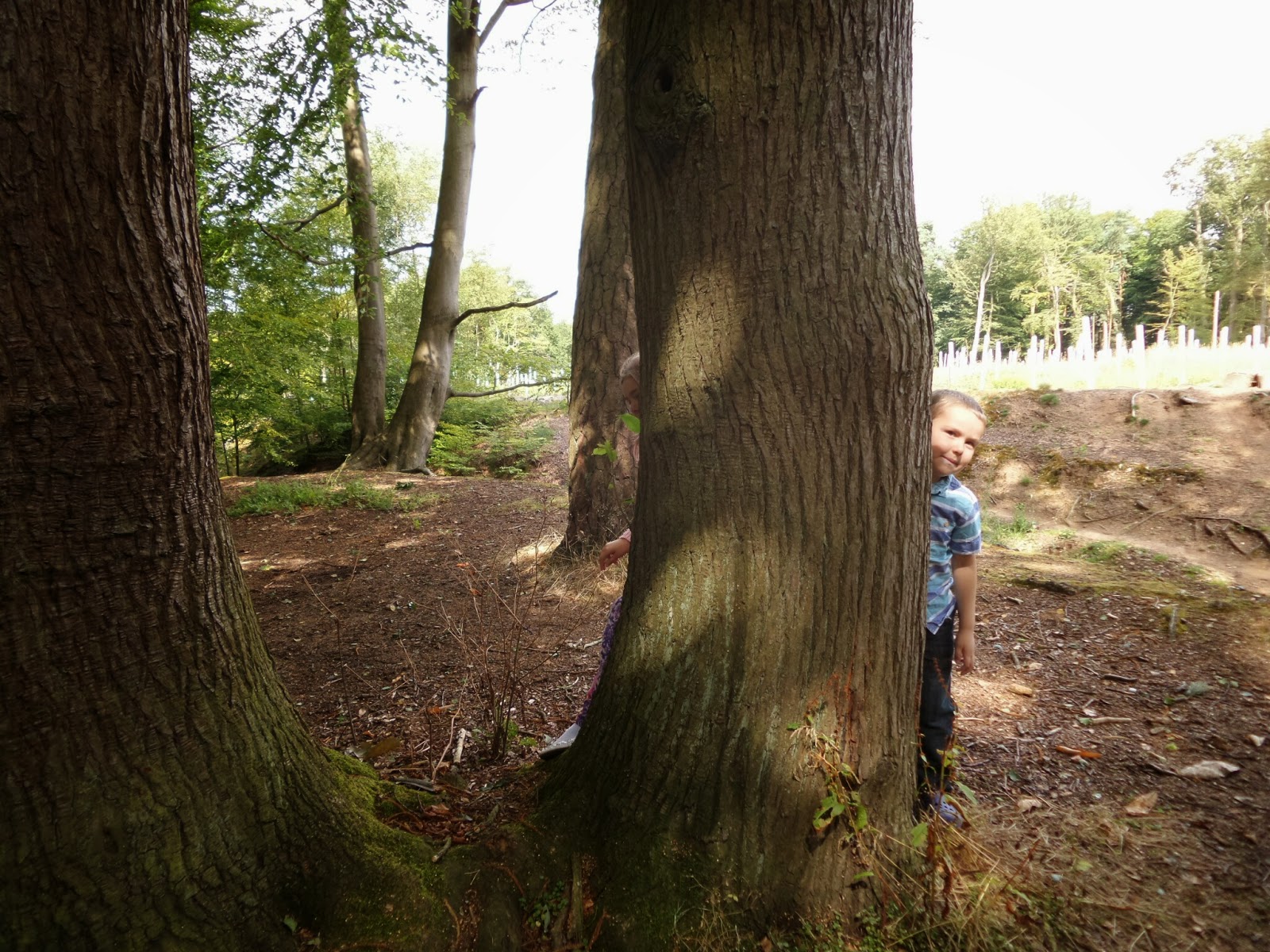 Thankfully we were all back together again by the time we walked down the path by the church. That was of course after the children had spent a ridiculous amount of time standing on the gate, just looking like they were in a catalogue for gates. 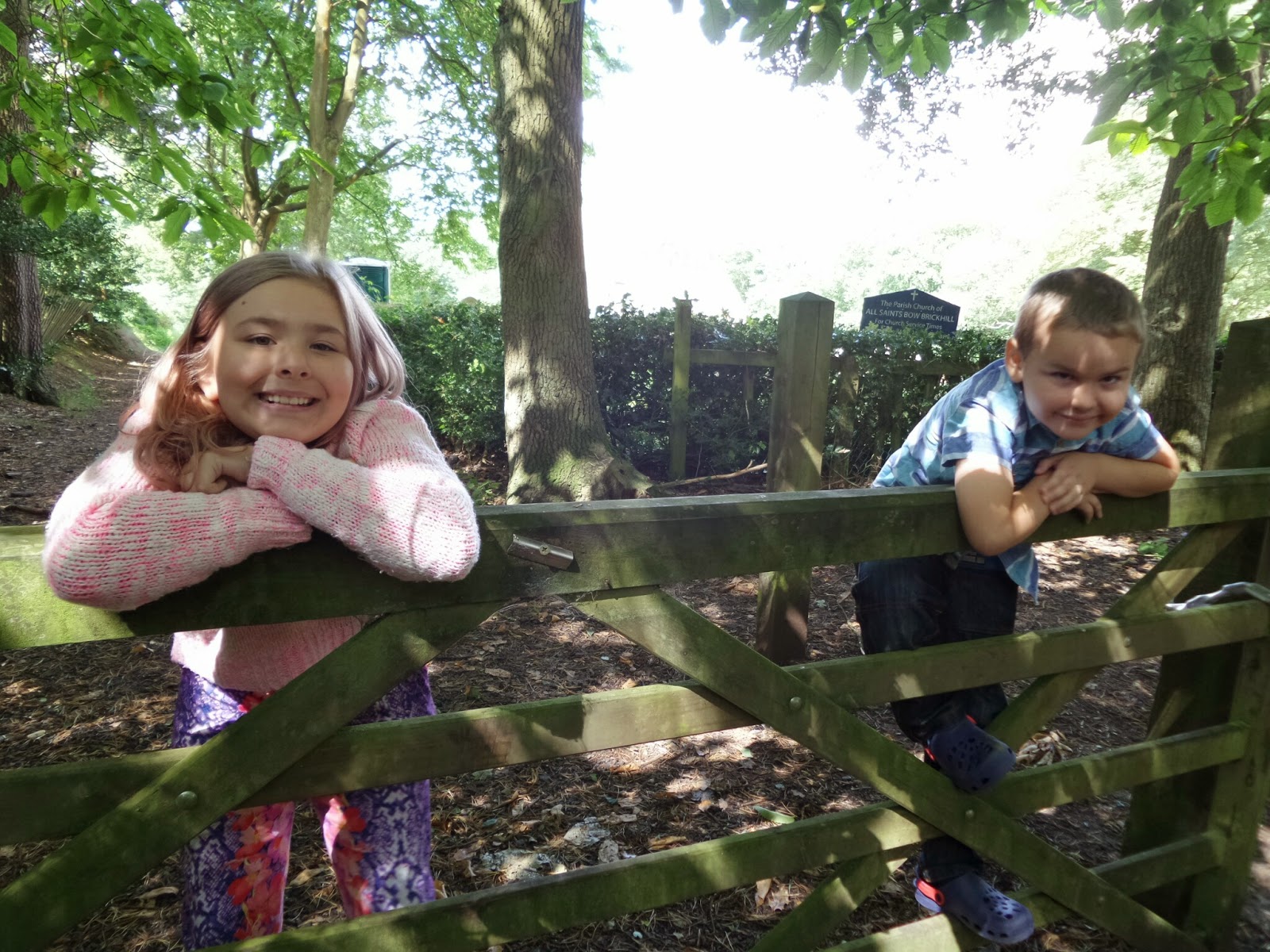 The best bit for me however, was when I was taking a picture of the trees and I noticed that there was a lens flare that made a rainbow in the trees. 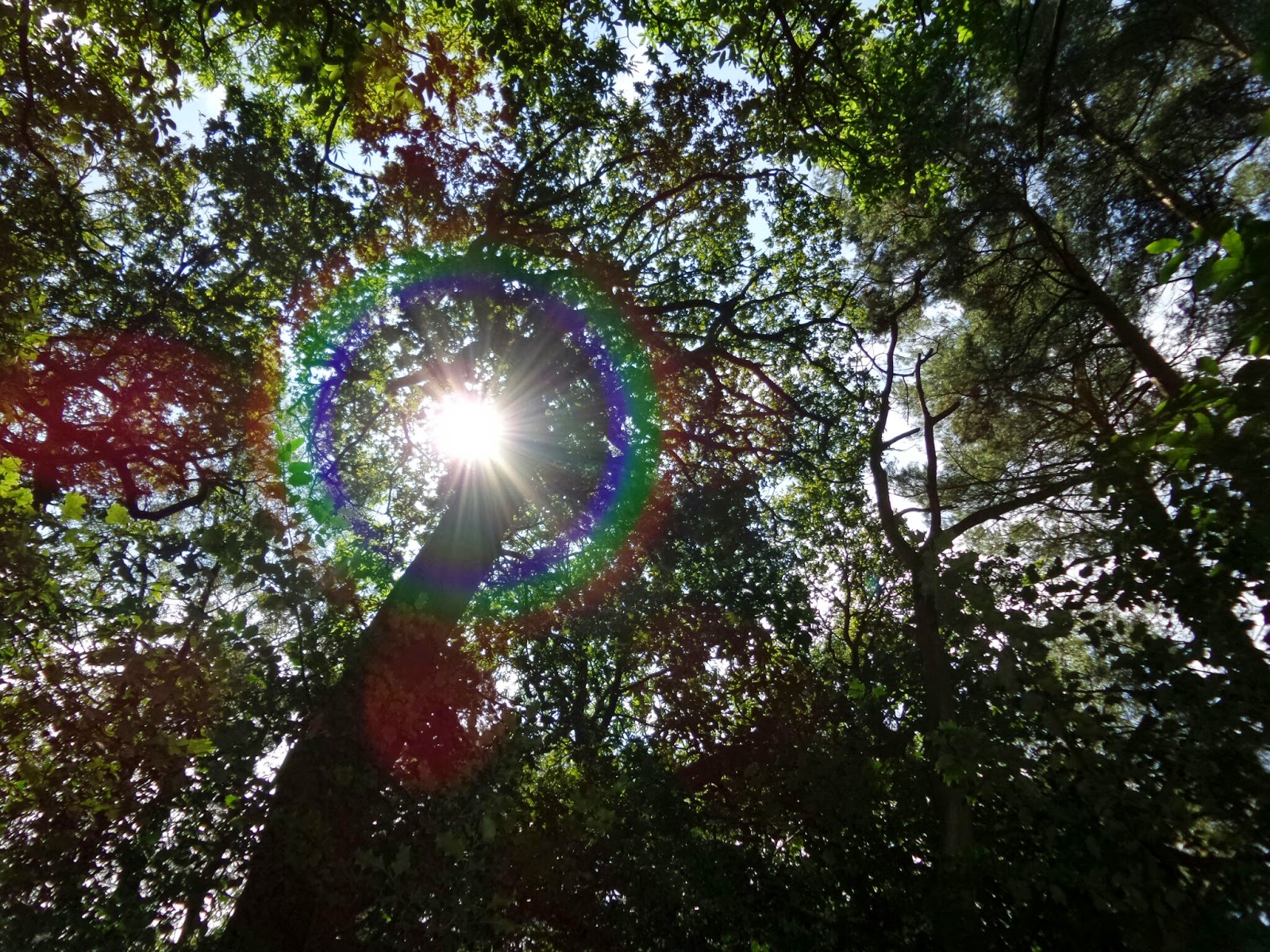 I thought it was so fantastic that I took several pictures, and each time the rainbow lens flare became more and more visible. Then I realised that the children were missing again and I had to spend five minutes working out where they had gone whilst I was looking at the trees and rainbow lens flare!

I think we're going to have to keep sensible footwear in the car for moments like these in the future.
Family Life Free Days Out Summer