- August 01, 2014
Just over two months ago, although truthfully it feels a lot longer, Big Boy turned six and had decided that this year he had to have a birthday party as he'd been missing out, seeing as how Top Ender had had at least three birthday parties and he'd had none. Agreeing that this indeed was the case we asked him where he wanted to have his Birthday party or what theme he wanted and he decided that he'd like a Nerf Gun Party at our Local Gullivers Land in Milton Keynes.

It was agreed that this was a suitable venue, a date booked and invites sent. At a cost of £125 for a party of ten including food we figured that this was a bargain... especially as we didn't have to clean up afterwards!

We had a great time at the party, with Daddy and I being asked to join in with the children on the shooting range. Daddy and I suddenly realised how rubbish we were aiming at a target, when six year old children were beating us!

The best part was when the children were split into teams and sent into the battle arena. After about five minutes of watching the children from the protective shelter, Daddy and I were itching to have a go and our party host took pity on us, gave us a couple of guns, some protective eyewear like the children had and sent us in with the children. 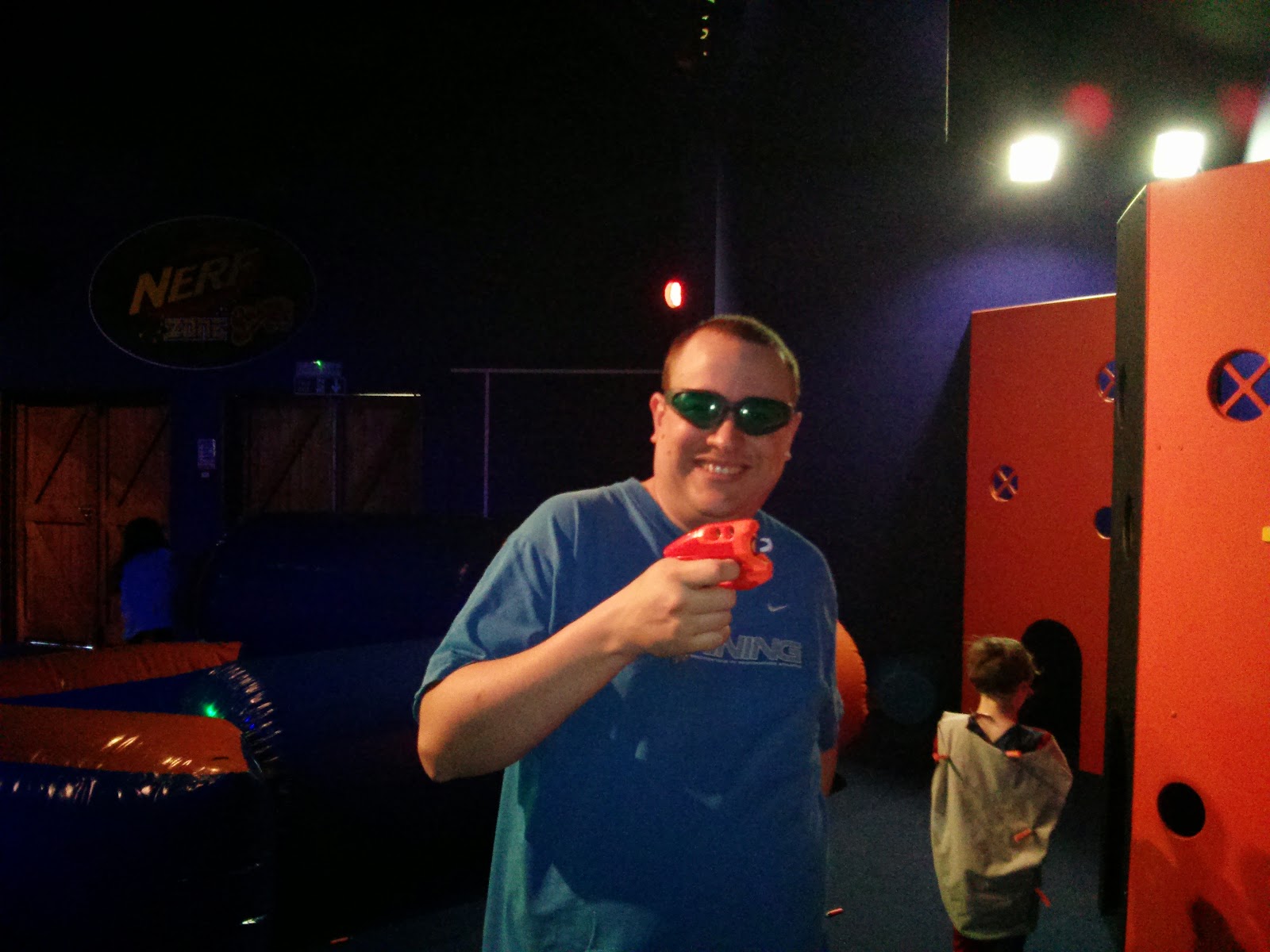 Daddy was rather fantastic at hitting moving targets in the near dark (the glasses made it seem darker than it was) but I was too busy taking photographs to really be a master at the game. 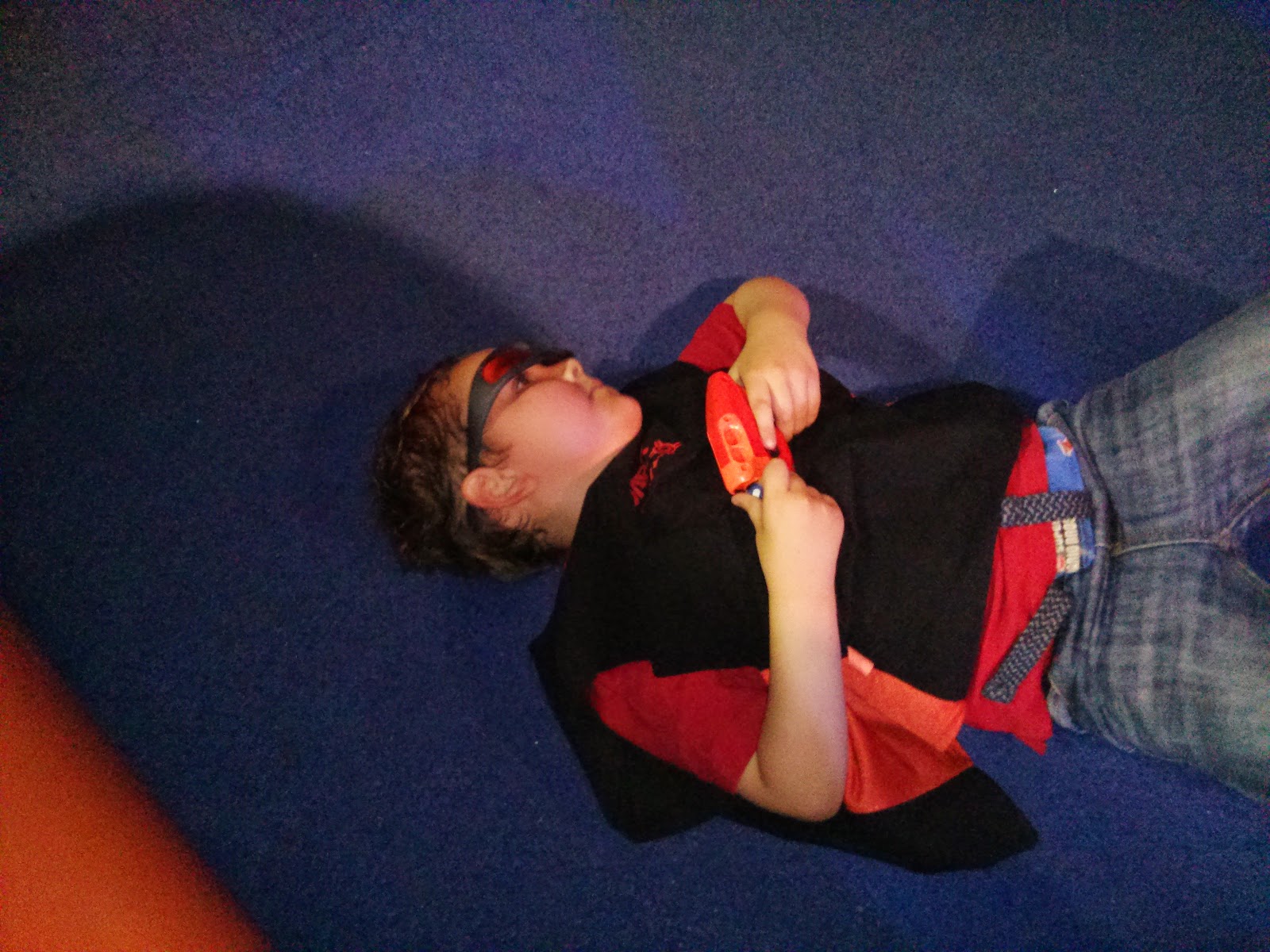 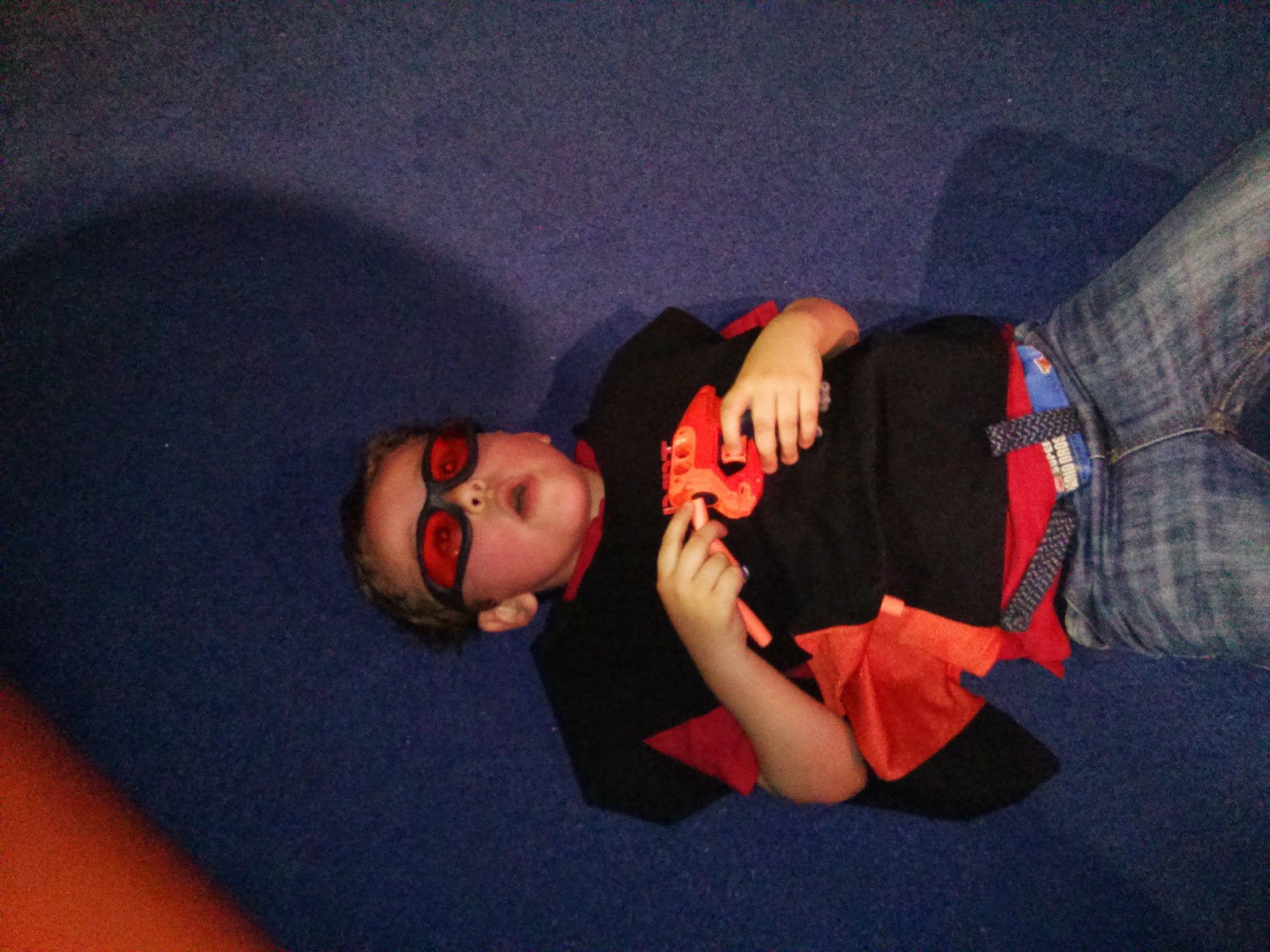 Big Boy was absolutely exhausted before long and took to hiding on the floor, occasionally shooting people as they walked by. We quickly gave him a blood test and realised he was suffering from a hypo, so we were able to treat him quickly and get him back out into the action!

Top Ender discovered that hiding in the others team base in the dark was a great way of getting the younger children as they couldn't remember who was on what team! 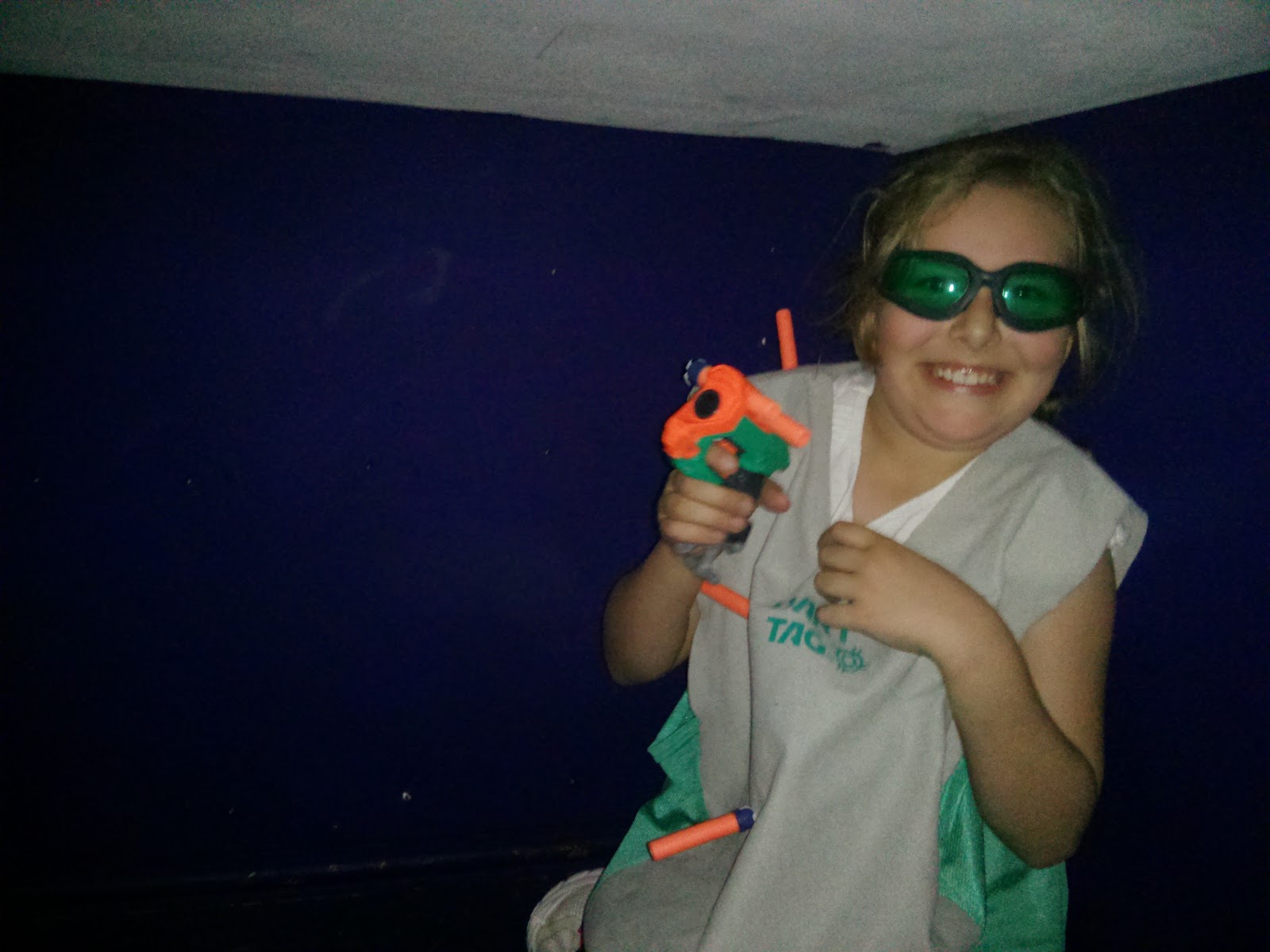 I would recommend the party experience to anyone who has children that are into Nerf. There is a lower age limit of 6 years, but I might add a couple of years to that as I think that Top Ender and her friend who came along were better at the whole thing. 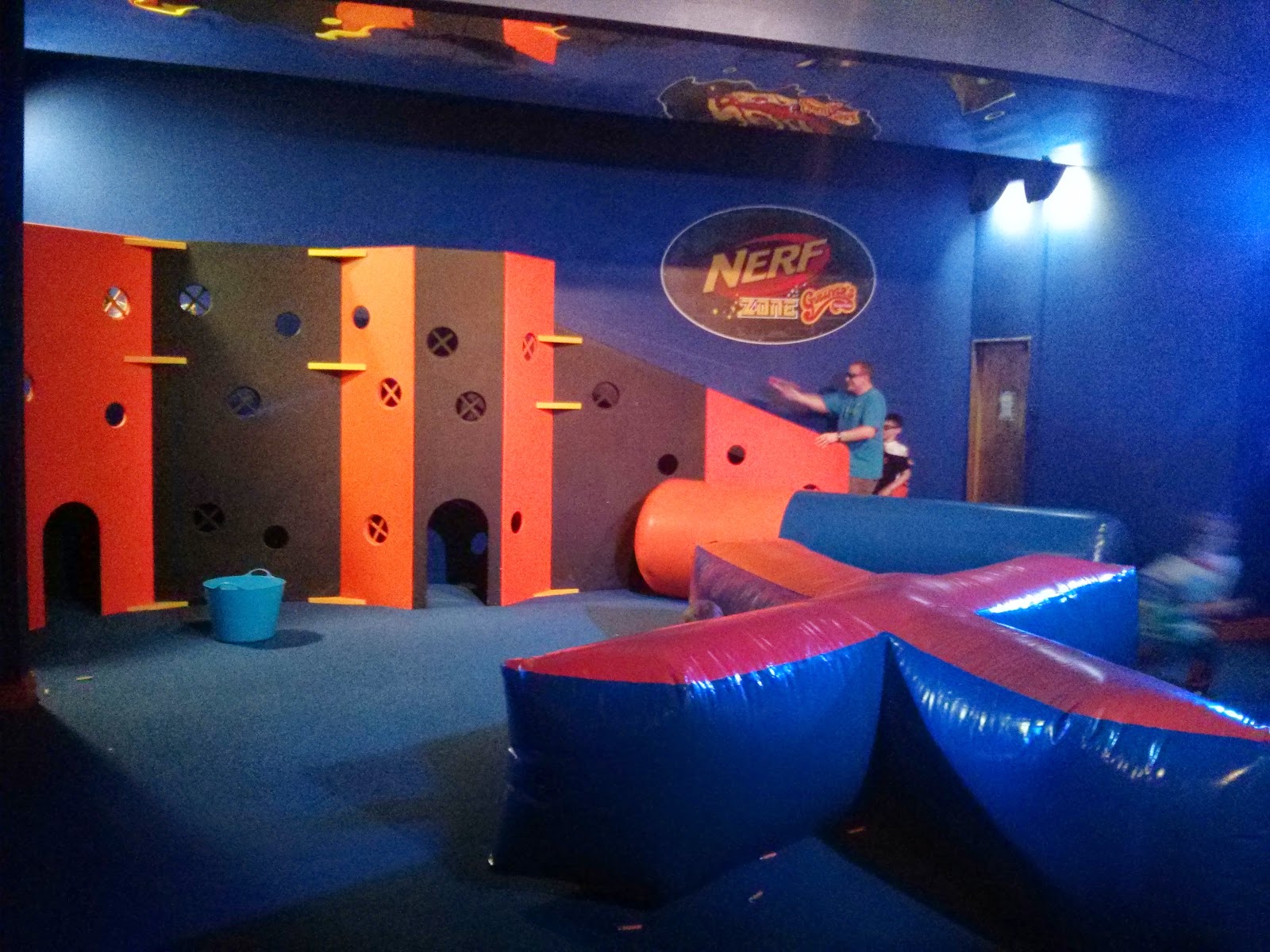 I'm not saying that I'm going to do this... but I do think that an adult only party would be hilarious and I'm going to have to find some like minded adults to join in with me for my next birthday.
Family Life