- August 23, 2014
Every time I get my new craft box from Bostik Family Craft Bloggers Network and Craft Merrily I get excited, that maybe this month will be the month that I have a fab idea that nobody else has. And as you know this never happens. Sob. Before I show you what the Children created, I need to show you what I created, because nothing says I need your approval more than putting myself ahead of my children. 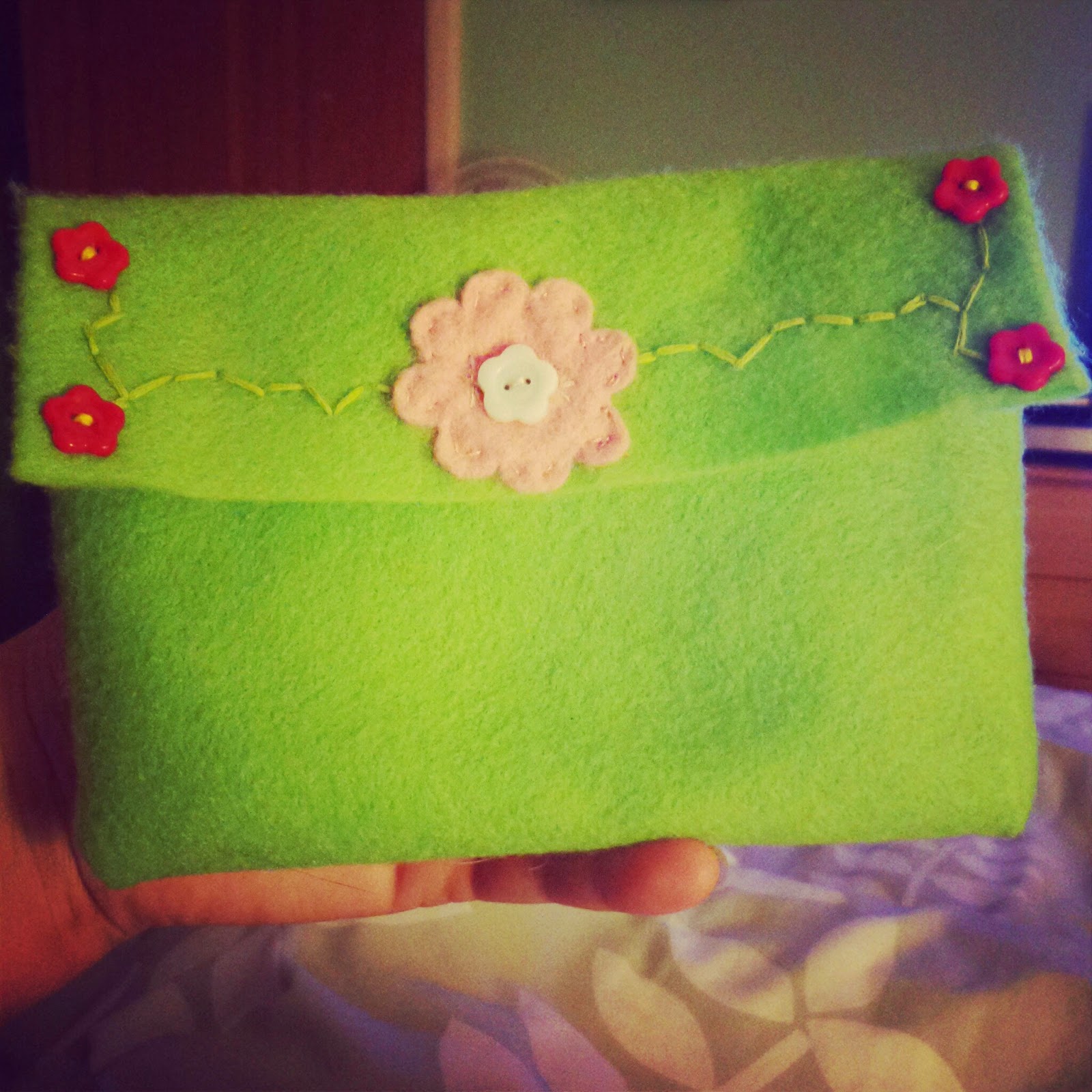 I've had a new phone for a few weeks and I've been really worried that because it doesn't have a cover that goes over the screen, that it's going to end up being scratched. Daddy has told me that this is stupid and that of course it'll be fine, because it has some magic kind of covering on the screen, but I decided to put some of my talents to good use and create a little pouch for my phone to live in, when it's in my handbag.

I absolutely love it.

It was really simple to make, I simply sewed together two sides of the bag a little of 2/3 of the way up, turned the felt inside out to make it neater and then sewed the pink felt flower to the folding flap, cut a hole for the button, sewed the button on, added a green thread stem (backstitch) and some red flower buttons. The main reason for the extra flower buttons and green stem was because I forgot to sew the sides of the bag down and they needed securing in a practical and pretty way!

When we opened the box we found a small canvas bag, some pieces of fabric, several beautiful threads and Bostik sew simple fabric glue. There were other items of course, but these were the few that caught my eye. As there was only one bag, I knew that I'd have to either settle a fight between the children, or claim it as my own. So I claimed it.

I decided that the bag would be a gift for Top Ender, on one side I would do a drawing of her with her Summer hair and the other a simple design of three balloons with their strings dangling down. I even sent out a couple of instagram pictures. 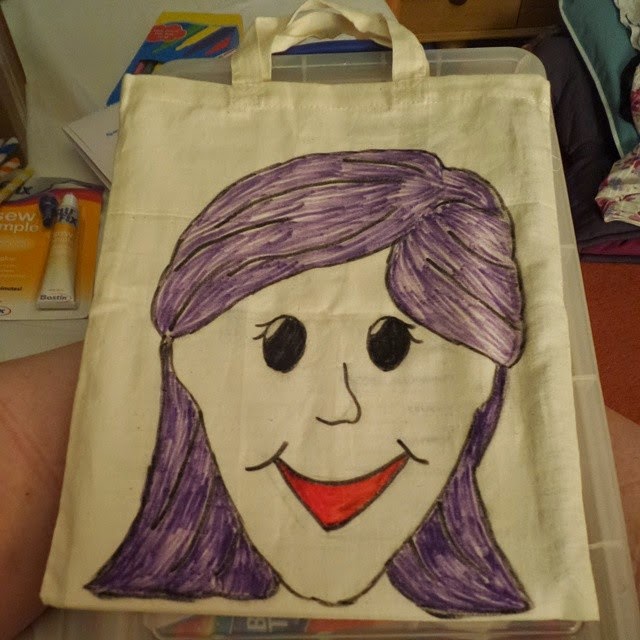 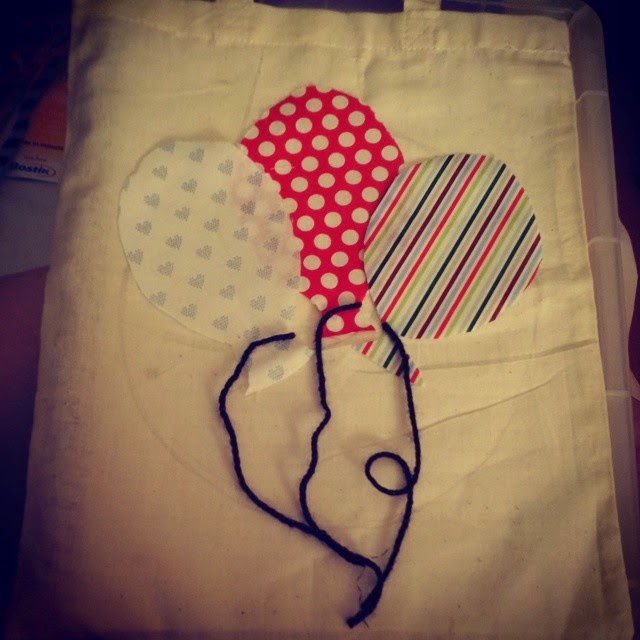 I drew the picture of Tops freehand (as you can see I'm still rubbish at drawing!) and I cut the balloons out free hand too. I then stuck the balloons down with the Sew Simple before backstitching round the edge to keep them secure and because I think it looks pretty, I washed the bag to make sure everything was safe and clean

Now on to the children.

Top Ender has been practising on her sewing machine lately and has made a couple of pillows. One of which she has taken camping with her. I haven't got a picture as she finished it minutes before she went away... or rather I finished sewing the gap minutes before she left! 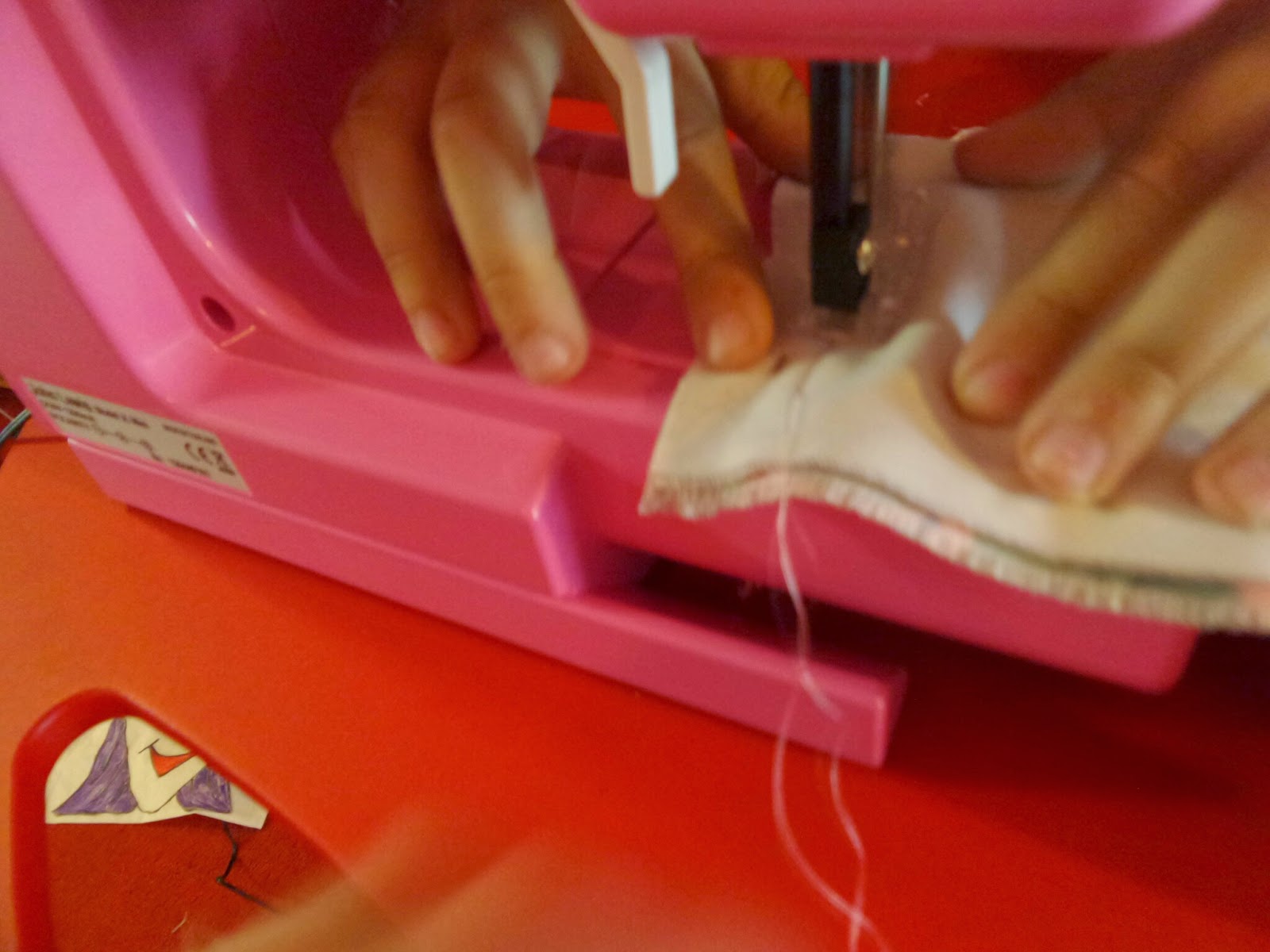 This of course has made Big Boy want to have a go too. I used the sew simple fabric glue to glue the pieces of fabric together for Big Boy, as I didn't trust him with pins and set him off sewing. I love this glue, it's so simple to use and is going to be in regular use in Top Enders sewing box! 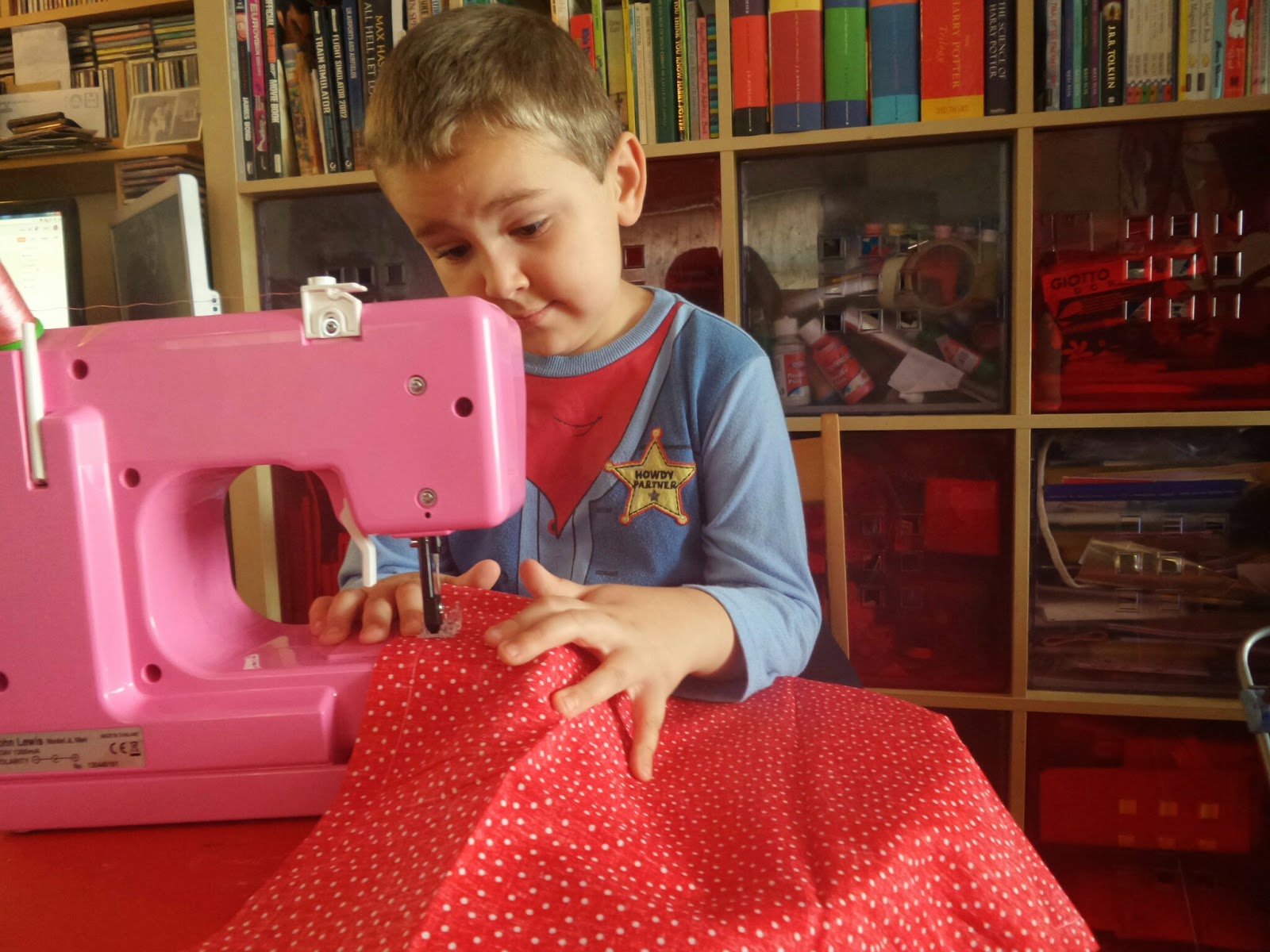 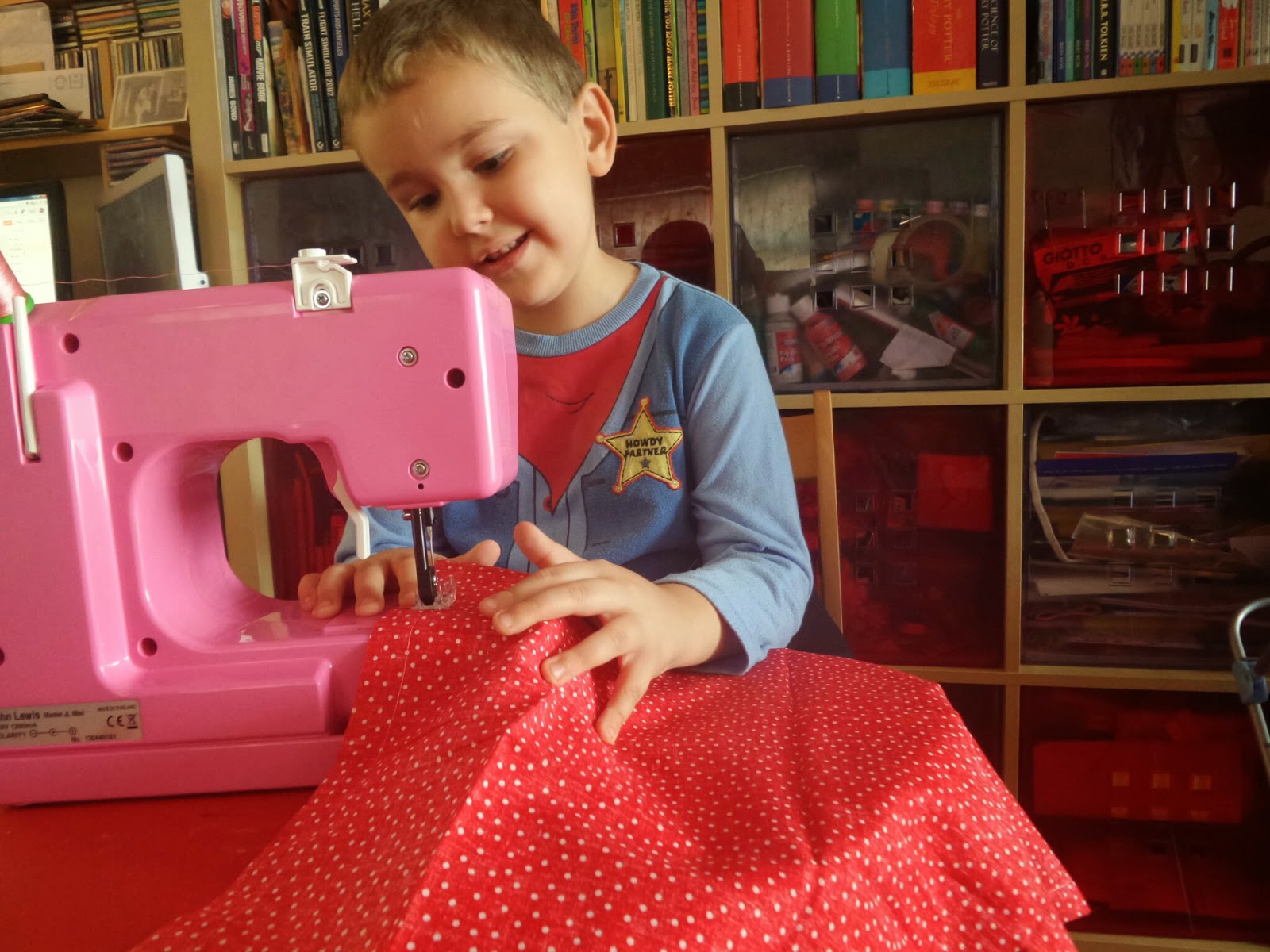 I then slip stitched the opening closed Big Boy is very happy with his new throw pillow for his bed, but he's using it as a gaming pillow at the moment! 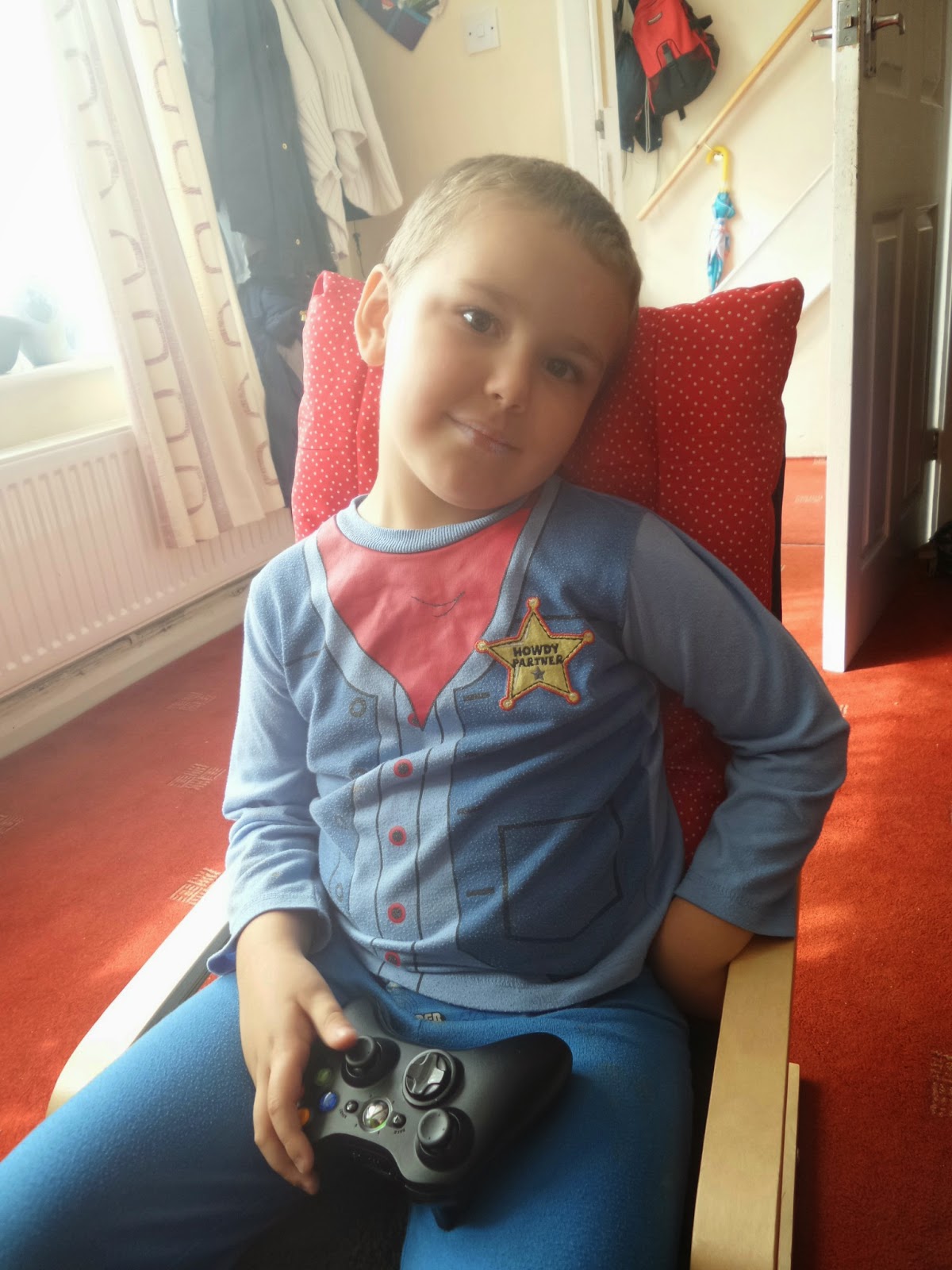 What do you think of our crafts this month?

We were sent the items as part of the Bostik Family Craft Bloggers Network.
Craft Review